Noreen Ann Kelly Saltveit McGraw was one of Oregon’s early female litigators and the first female municipal judge in Jackson County. She was among Oregon's first Spanish-speaking lawyers and was a founder of the first public-interest law firm in the state.

Noreen Ann Kelly was born in Medford on March 7, 1932, to Edward C. and Mary Greiner Kelly. Her paternal grandfather, Edward E. Kelly, had moved to Oregon from Iowa in 1907, where he became a lawyer and vocal opponent of the Ku Klux Klan, a position that caused him to lose his bid to become a Circuit Court judge in 1922. Noreen’s mother was a journalist and, beginning in 1951, the organizer of the annual Roosevelt Memorial Dinner, which brought prominent Democrats to Medford and to the Kelly home.

As an undergraduate at Marylhurst College near Portland, Noreen Kelly was active in Catholic social justice groups. She was a national committeewoman for the Young Democrats and while in law school served as state president of the Young Democrats. After graduation from the University of Oregon Law School in 1955 and a five-month-long trip to Europe, she joined her father’s law practice in Medford. At the same time, she served as city attorney for Gold Hill, a small city in Jackson County.

Kelly was appointed city judge of Medford in 1956, and her brother Bernard was named the part-time city judge of Jacksonville. Bernard joined the family law firm in 1957, when their father was named to the Circuit Court bench. This caught the attention of the TV show “What’s My Line?” and in 1958 all three Kellys appeared on the show, hosted by John Daly with panel members Ralph Bellamy, Bennett Cerf, Arlene Francis, Dorothy Kilgallen, and special guest Lena Horne. Francis correctly guessed their profession, but a hint from an audience member may have been of assistance.

One of Noreen Kelly’s best known cases came early in her career. Mary Kelly, then a journalist for the Medford Mail Tribune, had reported on the case of Hugh DeAutremont, the youngest of three brothers convicted for the murder of four railroaders during a 1923 robbery of a Southern Pacific train in southern Oregon. She corresponded with DeAutremont while he was in the Oregon State Penitentiary and urged her husband Edward to represent him in his efforts to secure parole. Noreen took over the case when her father went on the Circuit Court, and DeAutremont was released after she succeeded in getting him probation on the federal charges that had been a barrier to his parole.

In 1960, Kelly moved to Portland, where she was appointed assistant attorney general and assigned to the State Industrial Accident Commission trial staff. She was one of four female Oregon assistant attorneys general. That year she married Carl Marcus Saltveit, an assistant labor commissioner. She went into solo private practice in 1968, in part to combine lawyering and parenting her four children. She also returned to school and in 1969 received a bachelor’s degree in Spanish from Portland State University.

From 1969 to 1971, Noreen Saltveit single-handedly led the first certified—and the first successful—class-action lawsuit on behalf of migrant farmworkers in U.S. history, a case that helped cement the right to interpreters for Spanish-speaking clients in civil suits. She represented activists who formed the Chicano Indian Study Center of Oregon and led their successful legal claim to take over parts of the defunct Camp Adair Air Force Station near Corvallis. Her work with the Valley Migrant League led to participation in a strategy meeting with Cesar Chavez to defeat Oregon farm labor legislation.

In 1971, along with Larry Aschenbrenner, Don Marmaduke, and Charlie Merten, Saltveit established Oregon’s first public-interest law firm. She returned to Portland State University and received a bachelor’s degree in French in 1992. She had an active trial practice, served as a pro tem judge in Multnomah County, and was a prominent leader in Oregon Bar activities, including serving for a term on the Oregon State Bar Board of Governors. Her work was recognized in 1995 with the Oregon State Bar’s highest honor, the Award of Merit, the second woman to receive that award. In later years, she helped pioneer Oregon’s acceptance of alternative dispute resolution, a practice that emphasizes arbitration and mediation rather than litigation.

After a divorce in the late 1990s, Noreen married William McGraw, a drama professor from Wooster, Ohio, and they made their home in Prineville. In 2007, they moved to the Hillcrest neighborhood of San Diego, where she continued to mediate Oregon cases. She returned to Portland in 2018 and is now retired. 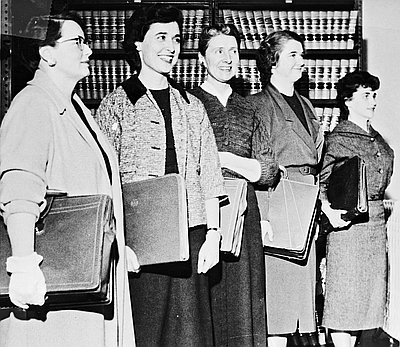 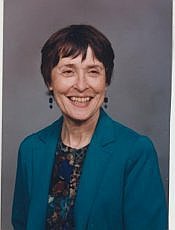 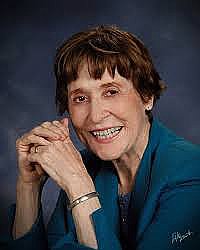 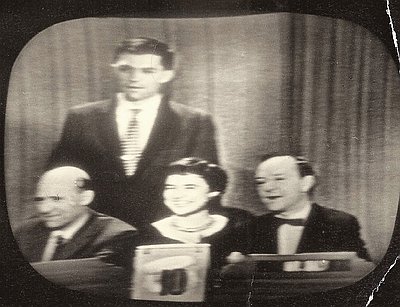 From 1965 until 1974, the Valley Migrant League (VML) helped Oregon migrant farm workers and former farm workers attain a better life through education and social services. As part of the federal War on Poverty, the VML was a private, nonprofit organization that was instrumental in establishing a strong Hispanic …