Dorothy Olga Johansen was a prominent Pacific Northwest historian and educator who taught at Reed College in Portland. She was born in Seaside on May 19, 1904, graduated from Astoria High School in 1922, and attended Oregon Normal School (now Western Oregon University), where she earned a teaching certificate in 1925. After a succession of teaching positions in Oregon and Washington, she entered Reed College and graduated in 1933 with a Bachelor of Arts degree in history. The first woman president of the Pacific Coast Branch of the American Historical Association (1966), Johansen was the co-author of one of the standard works on Pacific Northwest history.

As Johansen pursued graduate study at the University of Washington, her earlier interest in medieval European history shifted to the history of the Pacific Northwest. She was awarded a master’s degree in 1934 and a doctorate in 1941. Her thesis, “Capitalism on the Far-Western Frontier: The Oregon Steam Navigation Company,” drew on the papers of Simeon Reed, the namesake of Reed College whose fortune derived from his investment in the steamboat company.

Johansen was an instructor in history at Reed College from 1938 to 1943. She subsequently advanced to assistant professor and, in 1958, to professor of history and humanities, a position she held until her retirement in 1969. Having studied the history of the college for many years, she served as the official college archivist from 1969 until 1984.

Known to her students as Dorothy Jo, Johansen had a reputation as a demanding seminar leader, a wielder of wit, and a cigar smoker (in class). She lived for many years adjacent to the Reed campus with Dana Small (Reed 1923), who taught mathematics in the Portland schools. Their longtime residence now houses Reed’s academic support services.

Johansen collaborated with Charles M. Gates of the University of Washington in writing Empire of the Columbia: A History of the Pacific Northwest (1957), the standard text on the subject. After Gates’s death in 1963, she did an extensive revision for a second edition. A popular and well-written survey of the Pacific Northwest, Empire of the Columbia emphasizes economic and political history and the region’s ties to the larger nation and world.

Johansen also wrote numerous scholarly articles, including “A Working Hypothesis for the Study of Migrations,” which examines the demographics of migrants to the Pacific Coast in the mid-nineteenth century. At “one of the crossroads of the western trail,” she wrote, “a pile of gold-bearing quartz marked the road to California; the other road had a sign bearing the words ‘To Oregon.’ Those who could read took the trail to Oregon."

Johansen helped establish the Champoeg Press at Reed, which between 1952 and 1963 published a number of books and pamphlets on Pacific Northwest history, some in collaboration with the Oregon Historical Society and some printed by noted San Francisco pressman Lawton Kennedy. She edited or wrote introductions to several of them. She was also one of the first women on the board of Portland Public Schools and served on the board of the Oregon Historical Society. In addition to being president of the Pacific Coast Branch of the American Historical Association (1966), she was a member of the editorial board of the Pacific Historical Review.

At Reed, Johansen was noted for her annual orientation speech to incoming freshmen, a talk that aimed to inculcate the college’s origins and aspirations. She led an active public life in education, publishing, and regional history. Over her more than a half century at Reed—as student, instructor, professor, and archivist—she accumulated numerous awards, including an honorary Doctorate of Humane Letters. Dorothy Johansen died in Portland on December 13, 1999. 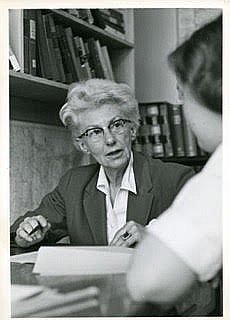 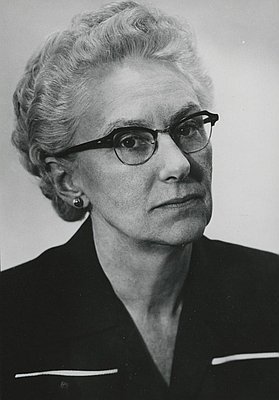 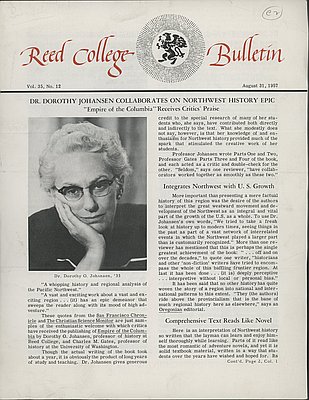 As an impressionable and imaginative girl growing up in Illinois, Eva Emery pored over every historical novel written by Sir Walter Scott. Within the pages of Waverley, Rob Roy, and Ivanhoe, she found an inspiring concoction of chivalry, adventure, romance, and cross-cultural conflict. Later, as a student …