In 1869, the Overland Monthly and Out West Magazine featured "Manifest Destiny in the West," by acclaimed eastern novelist and Oregon immigrant Frances Fuller Victor. Displaying a forthright style and an intuitive grasp of the Far Western past, the essay was Victor's first foray into historical narrative. The themes she excavated on this initial expedition would guide a lifelong quest to tell the story of westward expansion with accuracy and unusual candor.

Victor maintained that fortuitous circumstances perched the United States on the Pacific's rim early in the nineteenth century. American explorers and settlers were distinctive, Protestant missionaries were misguided and injurious, and federal negligence encouraged interracial strife and discord in the region. These themes, which would establish her work as unsentimental and controversial in an era when paeans to the pioneers were commonplace, were most evident in The River of the West (1870), History of Oregon (part of The Works of Hubert Howe Bancroft, vols. 29-30), and The Early Indian Wars of Oregon (1894).

Victor was born in Rome, New York, to Adonigh and Lucy Williams Fuller. The Fullers relocated to Wooster, Ohio, in 1839, where Frances attended a girls' school. She began writing poems, some of which appeared in the Cleveland Herald and Sandusky Daily Register. Soon the New York Home Journal, a popular literary and arts magazine, issued Frances's poetry and that of her younger sister Metta, and they joined a New York literary community, which included editors of major newspapers, acclaimed ministers, and women's rights advocates.

In 1850, the Fuller sisters returned to Detroit, Michigan, as editors of the Monthly Hesperian and the Odd-Fellows Literary Magazine. Frances married Jackson Barritt in 1853, and the couple staked a land claim near Omaha, Nebraska. After three years, both the farm and the marriage failed. Returning to New York in 1859, Frances crafted popular western tales for the Beadle and Adams dime-novel publishing company.

In 1862, Frances married Henry Clay Victor, brother of successful biographer and editor Orville Victor, who had married Metta Fuller in 1856. Henry was a naval engineer, and his assignment on the U.S.S. Narragansett sent the couple to the Pacific Coast. Upon arrival in California, Frances Victor began submitting witty editorials and stories to the Evening Bulletin and the Golden Era, San Francisco's premier literary magazine. Under the pseudonym "Florence Fane," she penned advice to women, celebrated the city's achievements, and critiqued community events. Her captivating style was lively and persuasive.

Henry Victor retired from the U.S. Navy in 1864 because of illness, and the couple relocated to Portland, where he found employment with Oregon Iron Works, owned by Addison Gibbs. When introduced to Gibbs, Frances Victor revealed that she knew a little about Oregon, and he suggested that she write a book about the state to counter eastern misinformation about the Northwest. It was from this serendipitous meeting that she decided to record her observations of the Pacific Northwest. Victor wrote two books from this project. The first, The River of the West (1870), was a chronicle of Oregon's history through the eyes of mountain man Joe Meek; the second, All Over Oregon and Washington (1871), included notations on the Northwest's regional industries, significant people, cultural practices, and politics.

Victor left Oregon for California in 1878. She had been separated from her irresponsible husband since 1868, and he subsequently died in 1875. Now widowed, Victor accepted an offer to work for book collector and historian Hubert Howe Bancroft. For eleven years, she labored as a researcher and ghostwriter, completing History of Oregon I and II; History of Washington, Idaho, and Montana; History of Nevada, Colorado, and Wyoming; and significant portions of several other volumes. In the 1890s, Victor became increasingly frustrated that historians praised the accuracy and depth of History of Oregon, unaware that she was the author. At the 1893 Mechanics Fair in San Francisco and at the Chicago World's Fair, she displayed the four volumes she had written, with her name placed alongside Bancroft's on the book spines.

Victor believed that her most significant contribution to history was to challenge several myths associated with Marcus Whitman. In 1884, she sought to dismantle the "Whitman-saves-Oregon" story, particularly the legend that he traveled on a harrowing journey in the fall of 1842 to Washington, D.C., to prevent Secretary of State Daniel Webster from trading Oregon Territory to Britain. Instead, Victor argued that self-interest had motivated Whitman's trip. She also established that Whitman was one of many Americans who promoted the migration and settlement of the Oregon Country during the years of United States-British joint occupation. Victor's writings ignited a firestorm of disapproval among local ministers and some historians who criticized her lack of respect for missionaries and America's founding heroes.

Victor returned to Oregon in 1889. Struggling financially, she frequently sought compensation for her work. The Oregon legislature commissioned The Early Indian Wars of Oregon, and she often implored Secretary Frederic Young of the Oregon Historical Society to pay for her essays.

Acknowledged by the Portland Oregonian as the Mother of Oregon History, Victor was an iconoclast who prided herself on conscientiousness and rigor. In poor health and relying on the largesse of friends, her last years were bittersweet. At her death on November 14, 1902, she left behind numerous histories yet to be completed, including a revision of The River of the West and a biography of Marcus Whitman. 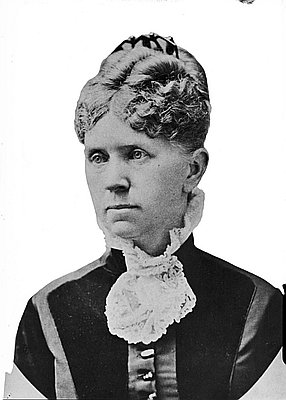 Martin, Jim. A Bit of A Blue: The Life and Work of Frances Fuller Victor. Salem: Deep Well Publishing Company, 1992.

Morris, William A. "The Origin and Authorship of the Bancroft Pacific State Publications: A History of a History." Oregon Historical Quarterly 4:4 (December 1903): 287-364.

As an impressionable and imaginative girl growing up in Illinois, Eva Emery pored over every historical novel written by Sir Walter Scott. Within the pages of Waverley, Rob Roy, and Ivanhoe, she found an inspiring concoction of chivalry, adventure, romance, and cross-cultural conflict. Later, as a student …