Absalom Barrett Hallock was the first established professional architect in Portland. He designed scores of houses, churches, and civic and commercial buildings, many of the latter with innovative cast iron facades. An enterprising entrepreneur, Hallock also surveyed Oregon cities and patented designs for improving the performance of steam engines. He was elected to the Portland city council various times between 1857 and 1873, served as foreman for the Multnomah Engine Co. beginning in 1858, and was appointed as one of the city’s police commissioners in 1870.

Born and raised in Utica, New York, Hallock was the son of Amelia Barrett and Robert Titus Hallock (1806-1879), a homeopathic physician and leading member of the American spiritualist movement. A.B. Hallock left New York and settled in Oregon in 1850. Two years later he was awarded his first significant architectural commission—to design the Washington County Courthouse in Hillsboro. He and contractor William McMillan established the firm of Hallock & Company in 1852. The firm attracted prominent Portland patrons, including William Ladd, who hired Hallock and McMillan in 1853 to design and construct the city’s first brick building, located on Front St., between Stark and Washington (demolished in 1940). The partners also designed and built early homes for Oregon Supreme Court Justice Cyrus Olney and shipping tycoon George Flanders.

The business was dissolved in late 1853, and Hallock’s interests were transferred to Hallock, Lou Day & Company. Along with Harley Macdonald and Elmwood Burton, Lou Day was one of Portland’s earliest professional architects, and all worked with Hallock on various commissions. In addition to houses and commercial buildings, Hallock & Day designed the beaux-arts Portland Penitentiary Building in 1855. Located on Front Street, the edifice featured a cross-bay plan topped with cupola and a temple façade with six large two-story columns. Day was Hallock’s associate until 1860, and Burton was his partner from 1863 to 1870.

In 1854, Hallock & Day constructed several major commercial structures in downtown Portland, including the Blumauer, Story, Josiah Failing, Benjamin Stark, Raleigh, and J. Kohn buildings. The Kohn building was the first known Portland structure to utilize cast iron in the form of columns and arches for the first floor façade and folding cast-iron shutters for the upper windows. The modern and fashionable architectural technology, which offered new decorative and structural options, was used in 90 percent of the commercial buildings erected in Portland between 1854 and 1889.

Hallock was instrumental in Portland’s cast iron architecture boom as a conduit for building materials. Columns for the Kohn building, for example, were imported from San Francisco’s Phoenix Foundry, and Hallock was the official representative of the firm in Portland. In 1865, he was a founder of Willamette Iron Works, which produced many of Portland’s cast iron building fronts between 1865 and 1889, including the façade of the Merchant Hotel in Old Town, constructed between 1880 and 1884.

Hallock established his own business headquarters in 1857 at Southwest Front and Oak Streets in Portland, where he had his office until he retired twenty-three years later. Together with William McMillan, he designed and built a two-story structure on the site with cast iron columns supporting three arches on the façade and cast iron shutters protecting the second-story casement windows. The Hallock-McMillan Building, stripped of its cast iron, is now the oldest commercial building in Portland.

As the decade progressed Hallock reduced his building commissions in favor of work as a surveyor and as chief engineer of Multnomah Fire Engine Company Number 2. In 1863, he was appointed Portland’s first city surveyor. He established and laid out the grades for Portland’s downtown streets and surveyed and mapped much of the city and also surveyed the town site of Astoria. Hallock may have been assisted in this work by his son Edward (1857-1906), a civil engineer who shared his office in the later 1870s and later became Astoria’s chief of police.

Absalom Hallock moved to Tillamook in about 1880, where he established a homestead on Bay Ocean Sand Spit and became an enthusiastic hunter, fisherman, and gardener. After his death in 1892, colleagues and friends remembered him most for his embrace of fun and merriment and as “a constant flood of sunshine.” Hallock, along with his wife Mary and his son Edward, were buried in Portland’s Lone Fir Cemetery, a site he planned as county surveyor in 1855. 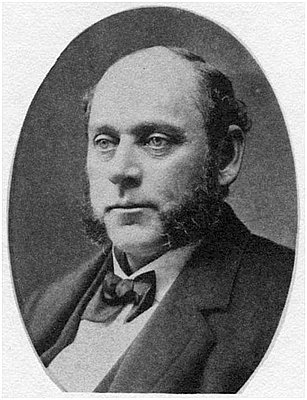 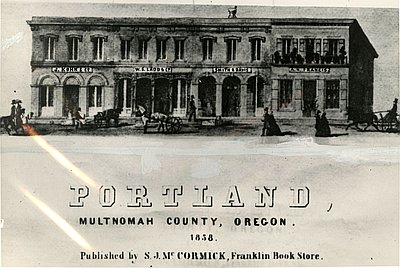 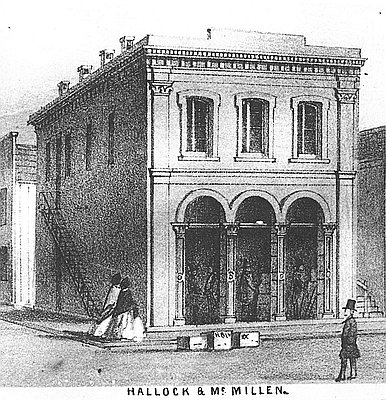 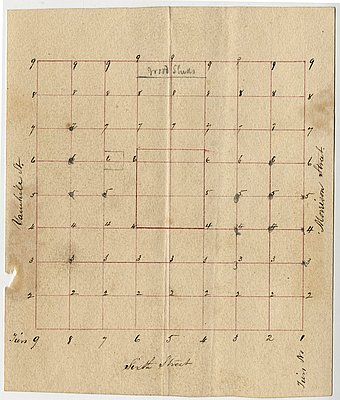 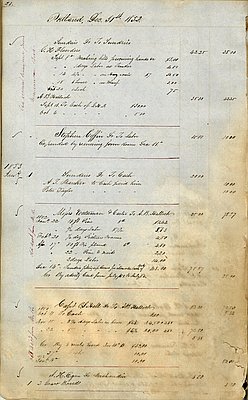 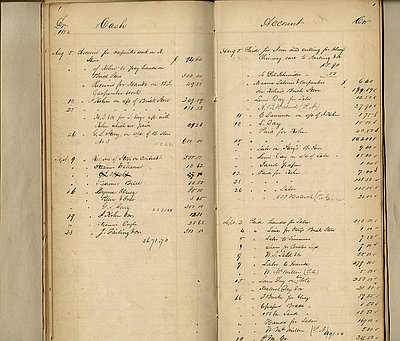 Portland is home to the second largest collection of cast-iron architecture in the United States, just behind New York City’s historic Soho District. Cast-iron-fronted buildings were constructed in Portland between the 1850s and 1880s, with a large concentration along the west-side waterfront.

Though iron had existed as a building material …

Justus F. Krumbein was a prominent architect in Portland and the Willamette Valley from 1871 until his death in 1907. His work included designs for many significant commercial and residential buildings and the second state capitol in Salem.

Born near Hamburg, Germany, in 1847, Krumbein received formal architectural training at the …