No Oregon ghost town had a more audacious beginning than Bayocean, "the Atlantic City of the West." The development was the dream of Thomas Benton Potter and his son Thomas Irving Potter, well-established real-estate promoters with offices in Portland, San Jose, San Francisco, and Kansas City. They began the construction project in 1906 on a sand dune spit between the Pacific Ocean and Tillamook Bay, claiming the development would be known as "Queen of Oregon Resorts" and "the playground of millionaires."

The peninsula was four miles long and half a mile wide, with a tree-covered knoll of 140 feet high—a total of 600 acres. The first lots were sold in 1907 to Francis Drake Mitchell, a thirty-seven-year-old druggist and entrepreneur who built the first hotel and general store. By 1914, more than 600 lots had been sold, thanks to the skillful promotion of T.B. Potter & Son. Because no good roads existed between Portland and the coast, they built the Bayocean motor passenger vessel, the largest yacht on the Pacific Coast, which could bring up to 100 monied prospects to the beach property.

Prospective buyers were all the more surprised when they found paved and lighted streets in Bayocean, a private railroad used for construction and "joy rides," a post office, a public school, a bakery and other businesses, and a luxury three-story hotel (equipped with automatic fire sprinklers). The resort also had a 160-foot-long heated saltwater pool built on the beach at the line of the first dune, complete with a waterfall and an electric wave machine to create artificial surf “so real in its action as to fool Old Neptune himself!"

The construction of a north jetty at the entrance of Tillamook Bay in 1914-17 caused drastic fluctuations in wave patterns, causing spit erosions. By 1928, when the four-mile road from Tillamook to Bayocean was opened, erosion had begun to consume the beach on the seaward side. Still, stubborn residents hung on until their homes were threatened or fell apart—a developer's dream turned homeowner's nightmare.

The natatorium closed first, in 1932. In 1947, the elementary school building was rescued and moved to Cape Meares, where it was refurbished as the community center. Erosion caused by an extension of the jetty in 1933 eventually led to the total breaching of the spit and made Bayocean an island. In 1953, the post office closed. An embakement was built in 1956 to reestablish the peninsula, but on February 15, 1960, the last house disappeared into the ocean.

By then, T.B. Potter had long abandoned the project because of failing health. He died in Alameda, California, on April 29, 1916. His son took over the resort in 1910, but by 1915 he had left the Potter Realty Company. During World War II, the remaining shell of the hotel housed Coast Guard beach-patrol dogs.

Francis Drake Mitchell, who spent the greater part of his life at Bayocean, tried to reconstruct washed-out roads with a wheelbarrow and shovel. His wife Ida died of a stroke in 1953, and he was moved by court order to the State Hospital in Salem, where he died on July 25, 1965, at the age of ninety-five. They are both buried in Tillamook.

The county now manages Bay Ocean Spit as a park. 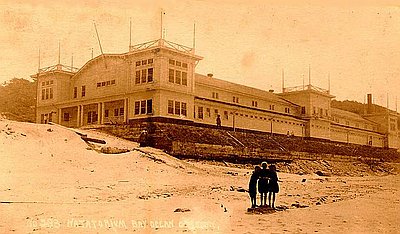 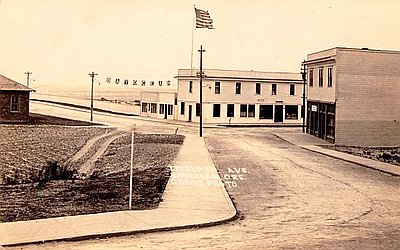 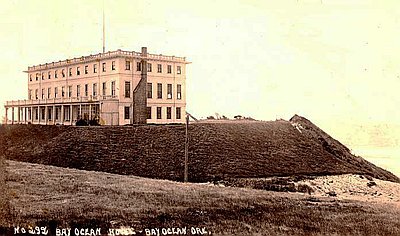 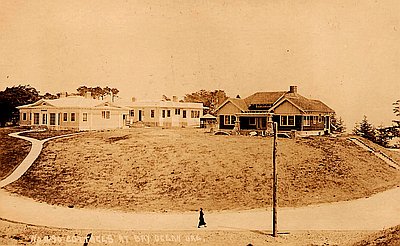 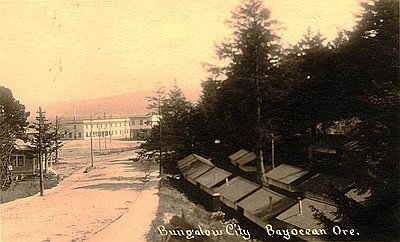 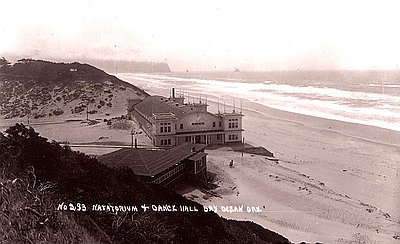 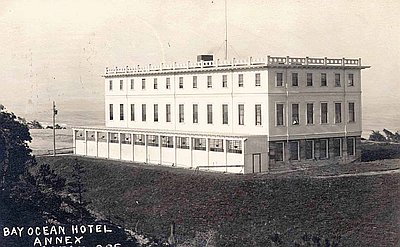 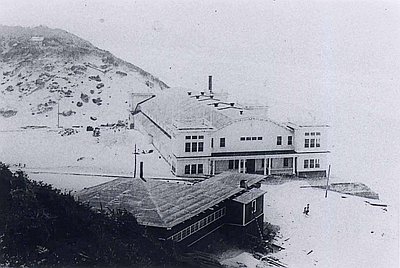 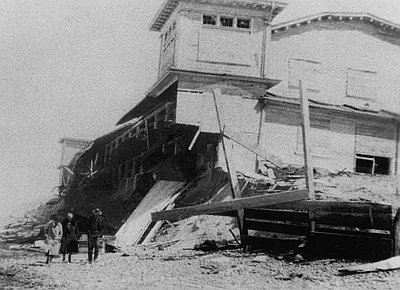 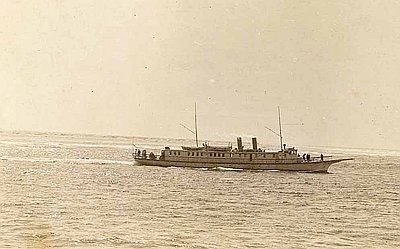