Friends of Chamber Music is the oldest continuously operating chamber music series in Oregon and the sixth-longest-running chamber music organization in the United States. Plans for the series originated in the summer of 1938, when Reed College professor Reginald F. Arragon and other music lovers got together to bring quality chamber music to the Portland area. The Oregonian reported that the inaugural concert on January 20, 1939, which featured the Curtis String Quartet of Philadelphia, was "the start of a new and promising series of programs in this intimate form."

From the outset, local fans of chamber music acted as guarantors, agreeing to cover concert expenses if needed; but for many years most of the financing came from grants provided by local colleges and universities. The initial sponsor, Reed College, was later joined by Lewis & Clark College, Marylhurst, and Portland State University. But the guarantor system was unwieldy, and by 1970 the board of directors decided to incorporate as a nonprofit organization. In 1978, the organization found a permanent home at Lincoln Hall on the campus of Portland State University. FCM separated its office and staff from the university in 2005 but continues to present concerts in Lincoln Hall.

In 1999, a "Not So Classic Series" was inaugurated, which offered what Oregonian classical music critic David Stabler characterized as "sometimes traditional, sometimes unusual, but always excellent music." In 2007, FCM added the Vocal Arts Series. "Finally. A concert series about singing," Stabler wrote. "After years in the wilderness, Portland fans of classical vocal music can celebrate a new series in 2007."

For seven decades, FCM has lived up to its mission of presenting a broad range of high-quality chamber music ensembles and programs and providing educational outreach to further chamber music in Portland. The music has ranged from Bach to contemporary, played by ensembles from throughout the world, including the Beaux Arts Trio, the Jerusalem Quartet, the
Kalichstein-Laredo-Robinson Trio, the Kronos Quartet, the Emerson Quartet, Philharmonia Quartet Berlin, Chanticleer, Thomas Hampson, Susan Graham, and the Takács Quartet. 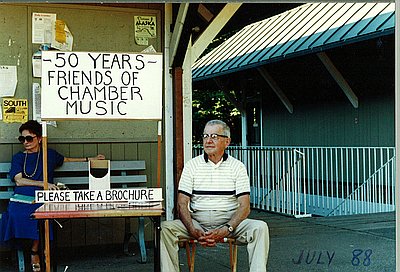 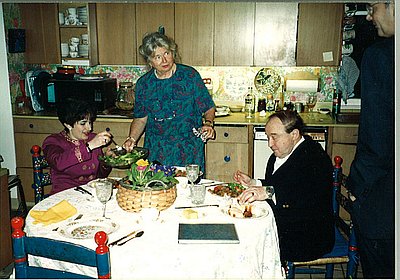 In the summer of 1970, two young choral conductors—one from Stuttgart, Germany, the other from Eugene, Oregon—planted the seeds of a summer music festival, seeds that took root and were nurtured by a caring community and a major university. What seemed at the time to be an insignificant "planting" ultimately …

The William Byrd Festival began as the brainchild of two men: Dean Applegate, founder and director of Cantores in Ecclesia (a Portland choir established in 1983 to promote the liturgical use of music of the Catholic Church), and Richard Marlow, music director at Trinity College, Cambridge. Its purpose was to celebrate …