The William Byrd Festival began as the brainchild of two men: Dean Applegate, founder and director of Cantores in Ecclesia (a Portland choir established in 1983 to promote the liturgical use of music of the Catholic Church), and Richard Marlow, music director at Trinity College, Cambridge. Its purpose was to celebrate the music of William Byrd (c. 1540-1623), the greatest composer of the English Renaissance and a lifelong Catholic who survived and thrived in a time when Catholics were often subject to official persecution. It is unique in being the only long-running annual event specifically dedicated to Byrd scholarship and his music—and yet it takes place in Portland rather than in England.

The first festival, held at Portland's St. Patrick's Church in August 1998, established a pattern for those that followed: three of Byrd's Masses—for three, four, and five voices—were sung in the context of religious services over a period of two weeks in August; William Mahrt of Stanford University gave a lecture; and Richard Marlow conducted a culminating concert of Byrd's sacred music, with program notes written by Kerry McCarthy, the author of Byrd. In the years following, the festival expanded, although the performance of the three Masses remained a constant, with the addition as celebrant of Basil Meeking, retired Bishop of Christchurch, New Zealand. A fourth Mass, for the Feast of the Assumption, with an ensemble from the choir, was added in 2004; the service of Compline (the close of the day), directed by Blake Applegate, who had succeeded his father as director of Cantores in Ecclesia, was included for the first time in 2010.

In 2000, Byrd's important repertoire of music for the Anglican Church joined the previously Catholic-only liturgical celebrations in the form of a choral Evensong, which has often featured the Magnificat and Nunc dimittis from his Great Service. Also added in that year was an organ recital by Mark Williams, who since 2017 has been Informator Choristarum, the ancient title for the head of music, at Magdalen College, Oxford.

An opening concert, with soloists or a small group accompanied by Mark Williams, was introduced in 2002. This was the first appearance of David Trendell, King's College London, who was an essential singer, lecturer, and conductor until his death in 2014. Over the years, this concert has included a wide variety of Byrd's sacred and secular vocal works along with instrumental music.

Lectures by the world's foremost Byrd scholars are an important feature of the festival, providing an academic underpinning that sets it apart from purely performance-oriented events. The lectures have been given primarily by festival stalwarts William Mahrt, Kerry McCarthy, and David Trendell, but also by distinguished guests Philip Brett, Joseph Kerman, Richard Turbet, Jeremy Summerly, and Dana Marsh. In 2008, fifteen of the lectures were published in A Byrd Celebration, edited by Richard Turbet.

The three Masses, Evensong, and a final concert were conducted by Richard Marlow until 2011. Since then Mark Williams has served as artistic director. As of the twentieth year, in 2017, the repertoire had included all of Byrd's sacred choral music, along with works by a few earlier and later English composers such as Thomas Tallis and Orlando Gibbons. In 2018, the repertoire was being expanded to include music by Continental composers. 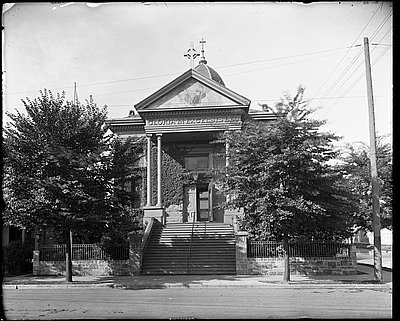 In the summer of 1970, two young choral conductors—one from Stuttgart, Germany, the other from Eugene, Oregon—planted the seeds of a summer music festival, seeds that took root and were nurtured by a caring community and a major university. What seemed at the time to be an insignificant "planting" ultimately …