Ambleside Summer Homes Tract, located on Johnson Creek near Gresham, was established in 1919 by a group of wealthy businessmen looking for a summer retreat. For decades, the painstakingly maintained development, about twenty miles from Portland, served as a retreat for prominent city leaders. Ambleside is now part of a 26.6-acre natural area managed by Metro. The name Ambleside was borrowed from a village in England’s Lake District, which attracted artists, poets, and others to enjoy the area’s natural beauty. Ambleside was unique in Oregon as a summer residential garden enclave.

Neither an artists' nor a utopian community, Ambleside Summer Homes Tract was a professionally designed landscape that was developed during the Country Place Era movement of the early 1900s. The American landscape movement promoted rural garden designs that incorporated natural landscapes with residential planning, often with the intention of producing a restorative landscape as well as a social community. Landscape designs generally followed the principle of creating constructed views that counterpointed garden elements placed in the foreground with a larger background setting.

To develop Ambleside, E.G. Crawford, the vice president of U.S. Bank in Portland and the former mayor of Vancouver, Washington (1906-1907), joined with Charles S. Russell, a wholesale lumberman; George Rodgers of the Rodgers, Gibson & Hart insurance company; and Lewis G. Clarke of Woodward-Clarke Company, a retail drug mercantile. Following garden design principles, Crawford built his Ambleside cottage with an east-facing porch near a pond fed by creeks and springs. A view of Mount Hood from his garden was framed by surrounding timber. For Crawford, who had a keen interest in horticulture, creating Ambleside was a form of therapy as he recovered from a serious illness.

Crawford and his associates commissioned New York landscape architect Arthur Underhill to design the twenty-acre Ambleside enclave. Underhill was best known for his work on the Belmont Park Race Track on Long Island and his landscape design for the William Whitman Farnam House in New Haven, Connecticut. The circumstances surrounding his hire are unknown, and the landscape plans he would have prepared have not been found.

The majority of construction work on the Ambleside development occurred between 1920 and 1923. The original cottages were built with hollow clay tile from the nearby Columbia Brick Works. For the gardens, wetlands were drained and converted with fill from dredging along Johnson Creek, and dams formed ponds that were framed with open meadows, plantings, and groves of trees. The Ambleside tract was planted with native plants, ornamental trees, shrubs, and perennials. Ed Shelton, a local professional gardener, was the superintendent of Ambleside.

The houses featured naturalistic cottage gardens with English-style borders, and each home had expansive flowering gardens accented with pergolas, arbors, pathways, and other garden features. Dams, spillways, ponds, bridges, and stacked-rock armored walls were built in and along the creek. The birch-lined Ambleside Drive meandered through the enclave, connecting cottages and landscape features. Several cottage gardens were designed with expansive borders, a style revolutionized by the work of English garden designer Gertrude Jekyll.

Throughout, the landscape was enhanced by clumps of Hogan cedars, a columnar-form of western red cedar thought to have originated in the Ambleside area. The Ambleside cedar groves consisted of hundreds of Hogan cedar trees, ranging from small specimens to tall trees reaching forty feet in height. In the gardens, smaller cedars were culled to accentuate garden designs or to create linear tree plantings and allées.

By 1940, the Great Depression and the death of the original partners led to the dissolution of Ambleside, and new inhabitants occupied the development. The gardens declined gradually due to neglect, windstorms, shade from the dominating trees, and invasive species such as English ivy, reed canary grass, and blackberry. By the 1960s, several cottages had been removed or remodeled. Today, the Crawford and Rodgers cottages remain of the original group of several houses.

Between 1999 and 2008, Metro acquired the parcels that once comprised Ambleside, using funds from two natural-area bond measures. Following a 2014 study by Metro, a project to remove houses and other infrastructure from the riparian forest and floodplain in order to restore this public natural area for the benefit of federally protected salmon species and residents of the region was implemented. 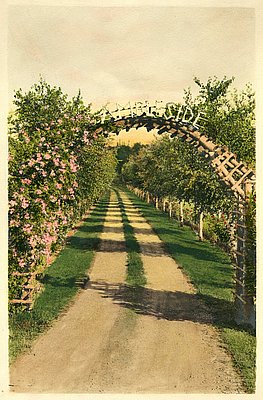 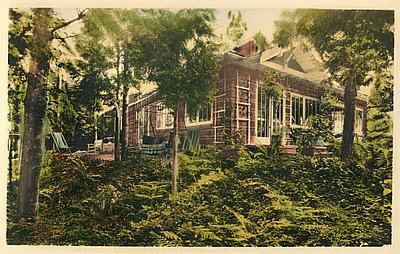 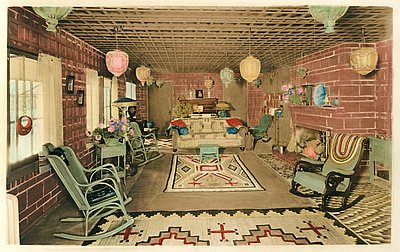 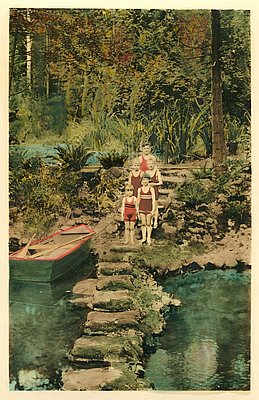 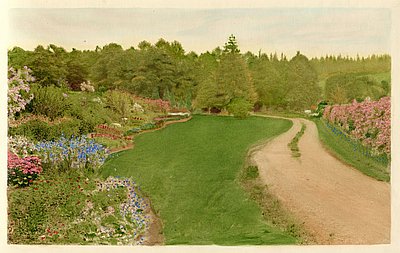 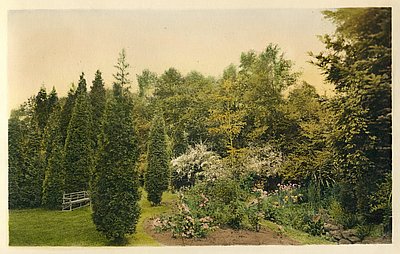 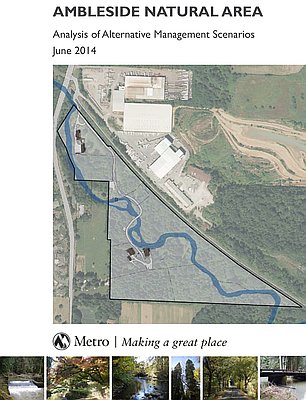 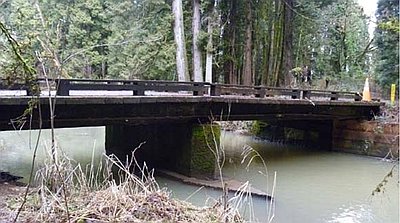 Johnson Creek is a small stream in the Portland metropolitan area which has frequently flooded and suffered from severe pollution. Since the mid-1980s, however, it has gained attention for the successful stream-restoration efforts by local advocacy groups. It is twenty-five miles long and drains fifty-four square miles. It flows from the …

The Mount Hood Freeway, if constructed, would have passed through southeast Portland, from the Marquam Bridge at the Willamette River to about S.E. 122nd Avenue. Changes in political leadership coupled with new federal environmental legislation and grass-roots opposition prevented the freeway's approval and construction.

In the late nineteenth century, Portland's City Park (soon to be named Washington Park) offered visitors grand views of the "emerald compass," the mountains and volcanic buttes that encircled the city. The park provided a pleasure ground in the spirit of nineteenth-century cemeteries and parks—a sense of closeness to nature, …

The Springwater Corridor is a 21-mile-long recreational trail stretching from the Willamette River through southeast Portland and Gresham to the town of Boring. The trail is built on a former rail line and is popular as a recreational and transportation corridor for pedestrians and bicyclists. In 2008, the trail averaged …