Elizabeth Lord (1887-1976) and Edith Schryver (1901-1984) formed Lord & Schryver in 1929, the first firm of women landscape architects in the Pacific Northwest. Based in Salem, they practiced for forty years, designing projects for clients in Seattle, Tacoma, Portland, Salem, and elsewhere in the Pacific Northwest. The women designed over 250 gardens, including those at Reed College, the Asahel Bush House, the Hoover-Minthorn House, and Gaiety Hollow, the women’s personal residence in Salem.

Elizabeth Lord was the daughter of William Paine Lord (1838-1911) and Juliet Montague Lord (1844-1924). William Lord was Oregon governor from 1895 to 1899, when President William McKinley appointed him U.S. minister to Argentina. The family spent four years in Argentina before returning to Oregon. In 1915, Juliet Lord organized the first garden club in Oregon, the Salem Floral Society (now called the Salem Garden Club). In 1924, after her mother’s death, Elizabeth Lord enrolled in the Lowthorpe School of Landscape Architecture, Gardening, and Horticulture for Women in Groton, Massachusetts. She graduated in 1929.

Edith Schryver was born and educated in Kingston, New York. After a year studying art at the Pratt Institute in Brooklyn, she also attended the Lowthorpe School, graduating in 1923. Her first five years as a professional landscape architect were spent in the offices of Ellen Biddle Shipman in New York City, where she helped design several significant estate gardens.

The two women met in 1927 on a school-sponsored study tour of European gardens. Discovering that they had a similar aesthetic tastes and complementary skills, they decided to form their own practice. In December 1928, Lord and Schryver moved to Salem, where they lived at the Lord family residence. They opened their practice in 1929, with Schryver handling design and construction and Lord specializing in plant selection and business matters. Their formal, symmetrical style was inspired by English and continental estate gardens, adapted for country houses on the East Coast and modified to fit the particular characteristics of the Pacific Northwest.

Lord & Schryver gardens are characterized by a formal structure—defined by hedges, fencing, and pathways—planted with flowering trees, shrubs, perennials, biennials, and annuals to achieve an informal charm. The women liked to work with a client’s architect to achieve an integrated house and garden, aligning garden “rooms” with the main axes of the interior rooms of the house. They planted outdoor spaces used for entertaining, dining, and gardening with plants that would be in continuous bloom. They designed many gardens on challenging sloping sites and integrated existing trees and borrowed views into the design whenever they could.

Lord and Schryver women gave lectures throughout the region, wrote articles, and participated in radio broadcasts. During and after World War II, Schryver taught classes at Oregon State College (now Oregon State University), and Lord served on the Salem Parks Board, the Capitol Planning Commission, and the Street Tree Commission. Lord & Schryver ceased operations in 1969, when health issues prevented both women from continuing the practice. Following Lord’s death in 1976, Schryver continued living at Gaiety Hollow until her death in 1984.

The garden at Historic Deepwood Estate, a Salem city park, is the only one of the firm's domestic designs that is now in public ownership. Developed on a six-acre property that also contains a significant Queen Anne house, the garden is cared for by the city in cooperation with Deepwood Gardeners and the Lord & Schryver Conservancy. 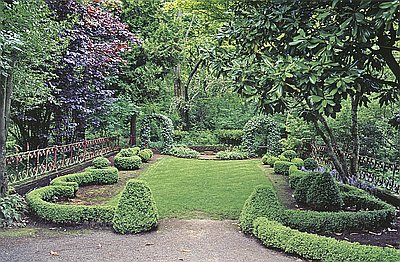 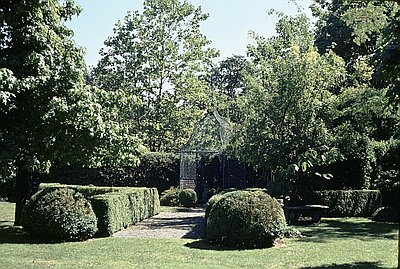 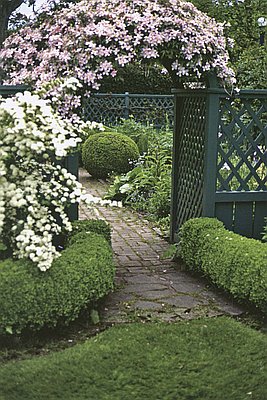