The U.S. Bureau of Reclamation, in the Department of the Interior, has been an important force in Oregon since soon after the agency's founding with the 1902 Reclamation (Newlands) Act. Twenty-nine Reclamation dams, most of them in the arid parts of the state, have impounded reservoirs for irrigation purposes—some of them, like Lake Owyhee, quite large.

The rationale for calling the agency the Bureau of Reclamation was that irrigation would "reclaim" otherwise fertile land from the "stingy, unproductive" thralldom of aridity. The fruition of westerners' long-held dream to "make the desert bloom as a rose," Reclamation's massive water diversions have more recently brought the agency and its farmer clients up against the reality of the West's limited water.

Originally called the U.S. Reclamation Service as part of the U.S. Geological Survey, the agency owes its creation to the federal government's unprecedented entry during the Progressive Era into natural resource management. Unlike the U.S. Forest Service, the National Park Service, and the Fish and Wildlife Service, however, the Bureau of Reclamation represented a continuation of traditional federal land policy: settling the public domain with hard-working farmers who, upon meeting federal requirements, gained ownership to 160-acre parcels of government land.

The Carey Act of 1894, along with other federal actions that had been inspired in part by the writings of John Wesley Powell, encouraged private and state efforts at reclaiming the West's arid valleys, but these projects often failed well before any stored water touched the soil. Oregon’s Carey Act projects in the upper Deschutes basin, for example, experienced just such difficulties. Western politicians successfully pressed for full federal funding and active participation in the crusade.

Under early leaders such as Frederick Newell, Reclamation engineers set out to identify, design, and build irrigation projects. The earliest in Oregon were the Klamath Project and the Umatilla Project (both of them subsequently expanded). The Klamath Project, located on the Oregon-California state line and begun in 1906, received its first irrigation water in 1907. Additions to this project over subsequent decades—including a 6,000-foot-long tunnel through the base of a massive lava butte, linking the basins of Tule and Lower Klamath Lakes—greatly enlarged the original irrigated area. The Umatilla Project began with the earthfill construction of 115-high Cold Springs Dam in 1908. Because the government received bids from private construction firms that it repeatedly rejected as too high, the Bureau of Reclamation hired and directed its own work force to build the dam, including a crew of immigrants from Greece. The Umatilla Project expanded substantially with completion of McKay Dam in 1927.

The period between the 1920s and 1940, especially under the leadership of Commissioner Elwood Mead (1924-1936), was Reclamation's high-water mark for large proposals and completed projects in the Pacific Northwest. Those years resulted in development of the largest of the 180 projects in the 17 western states.

Two Oregonians, Marshall Dana and Robert Sawyer, who each served as presidents of the National Reclamation Association, helped to steer Reclamation project funding to their state. The first major development in Oregon during this period was the Owyhee Project in the late 1920s. The Owyhee Dam, just over 400-feet high, used a pioneering concrete-dam design and construction that served as a proving ground for techniques later used on Hoover Dam. The Deschutes Project, which began during the New Deal and was completed by 1950, featured the earthfilled Wickiup and Crane Prairie Dams.

Irrigation districts in Oregon—many had built their own facilities, which were often inadequate or unsafe—faced bankruptcy during the Depression. Shortly before and especially after World War II, Congress charged the Bureau of Reclamation with rescuing some of those hard-pressed districts. The agency improved or enlarged old dams, constructed new ones, and added new distribution facilities such as canals. The Crooked River and the Rogue Basin Projects, developed during the 1950s, are among the largest of these.

At Crooked River, the Bureau of Reclamation took over and repaired the old, privately built Ochoco Dam in 1949. The Bureau also took over the failing Ochoco Irrigation District to develop the Crooked River Project, building the Bowman Dam in 1961 that created the Prineville Reservoir, soon to become one of central Oregon's major recreational sites. Among the Rogue Basin's main projects were development of Howard Prairie Reservoir in the Cascades and major expansion of Emigrant Creek Dam and its reservoir in the southern Bear Creek valley.

The Rogue Basin Project's Green Springs Power Plant is the only Reclamation hydroelectric power-generation facility in Oregon. The other Oregon projects, unlike some of Reclamation's big dams in other states, do not have hydropower among the reservoirs' ancillary benefits (e.g., flood control and recreation); however, relatively small private hydropower-generation facilities have been added in recent years to some of the Bureau's Oregon projects.

Even by the 1910s-1920s, the long-term economic wisdom of adding vast acreages of irrigated acres to the nation's already highly productive farmlands was questioned. Compared to many other western states, Oregon received few large Bureau of Reclamation projects, a result of the state's physical, economic, and political environment. In addition, some of the Bureau's Oregon projects proved to be of marginal profitability.

By the 1950s-1960s, controversies over the environmental impact of ever-more dams, combined with wrangling over such issues as Reclamation clients' inability to pay the fees for its services and the difficulty of "making a go of it" on only the 160 allotted acres, resulted in the effective end of new projects in Oregon and elsewhere in the West. Today, in sixteen Oregon projects, well over half-a-million acres are irrigated (or irrigable) by Bureau of Reclamation facilities. 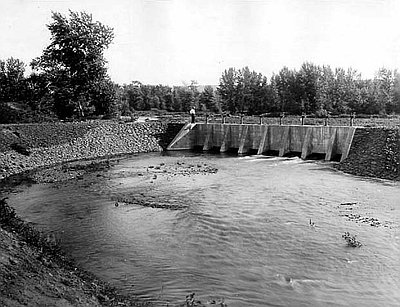 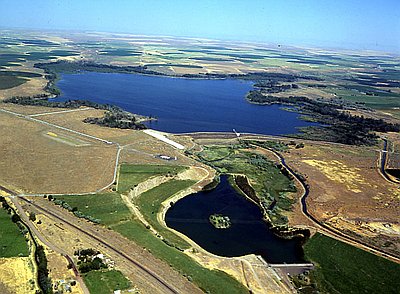 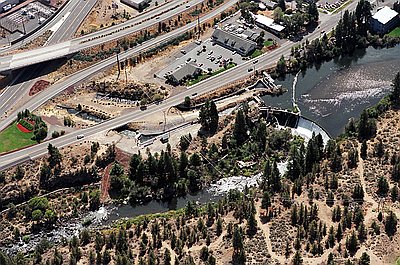 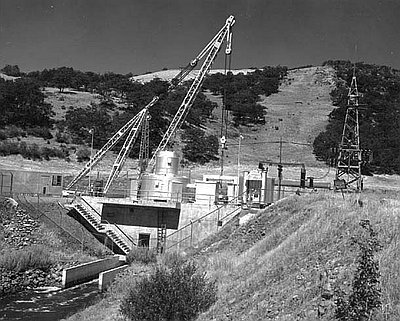 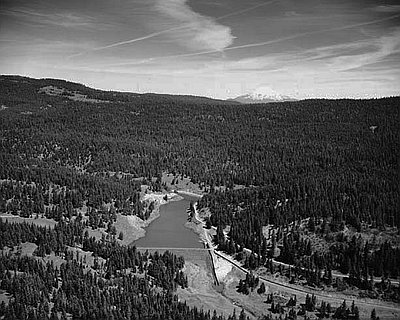 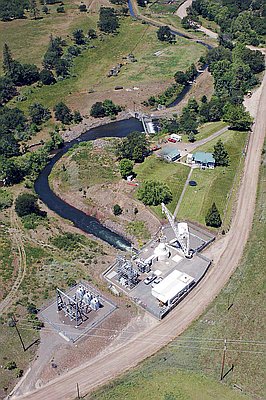 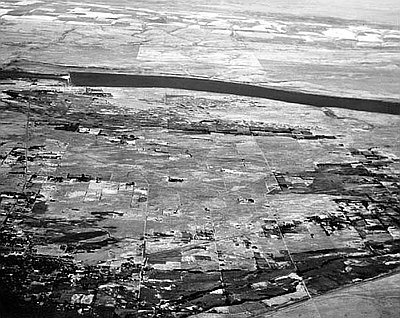 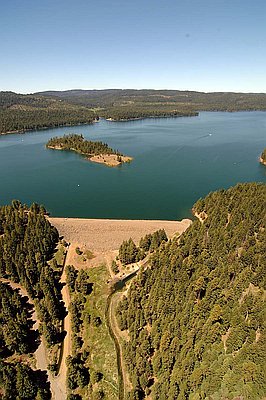 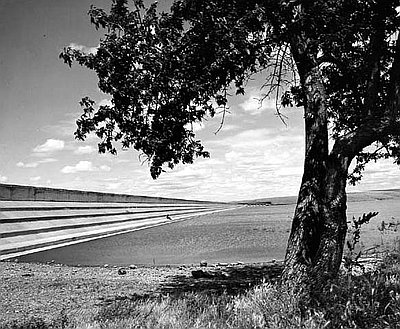 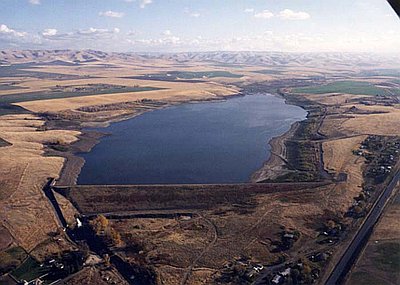 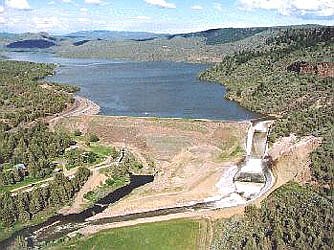 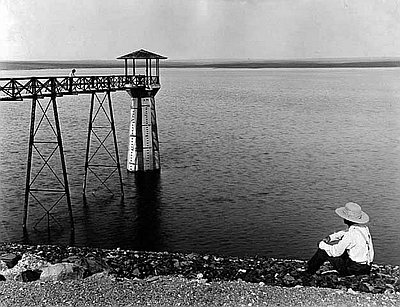 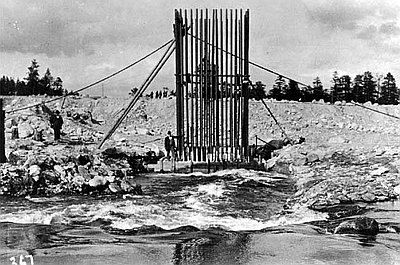 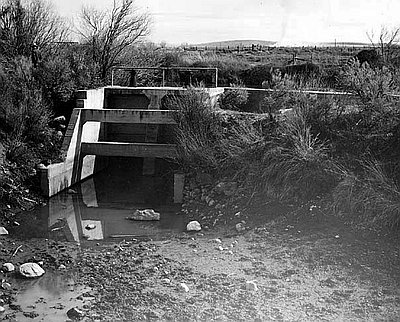 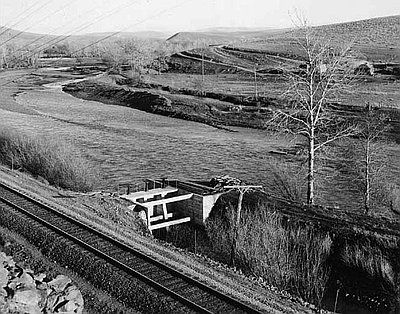 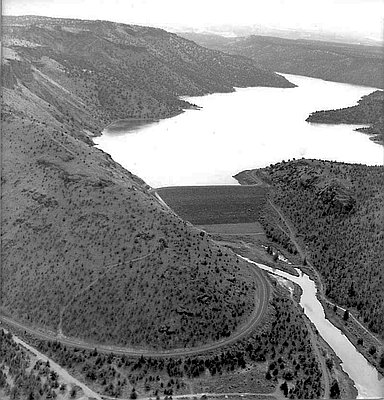 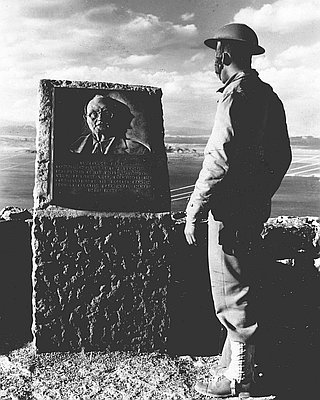 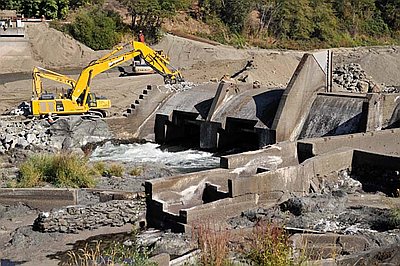 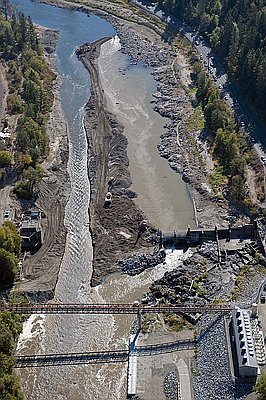 Bureau of Reclamation Projects in Oregon, descriptions and histories. www.usbr.gov/projects/FacilitiesByState.jsp?StateID=OR.

Fiege, Mark. Irrigated Eden: The Making of an Agricultural Landscape in the American West. Seattle: University of Washington Press, 1999.

From 1917 to 1953, Robert Sawyer held sway from his desk as editor and publisher of the Bend Bulletin as the most important advocate for central Oregon. Sawyer wrote thousands of editorials that promoted general development of the High Desert region from Madras to Klamath Falls. Eric W. Allen …