In 1956, with the help of Oregon senators Wayne Morse and Richard Neuberger, Crook County landowners and officials persuaded Congress to authorize and fund the Crooked River Project. The project's main component, Bowman Dam (named for A.R. Bowman, a Crook County commissioner and chief project booster), along with pumping stations and irrigation canals, provided water for 10,000 new acres of farmland and 10,000 acres already under cultivation.

Ranchers and farmers in central Oregon's Crooked River Basin had long struggled with having enough water for crops and livestock. The basin had experienced an influx of new settlers in the early twentieth century. People poured into the area - Crook County's population grew over 200% between 1900 and 1910 - hoping to capitalize on inexpensive homesteads and open grazing areas.  New settlers placed greater demands on water and prime farmland.

The first successful attempt to irrigate the Crooked River Basin on a wide scale occurred in 1917. Based on unrealized federal and state plans, local landowners formed the Ochoco Irrigation District, raised bonds, and in 1921 built a dam on Ochoco Creek. The reservoir was slated to hold enough water to irrigate 17,000 acres, but it rarely filled to capacity, burdening the local irrigation district with debt and leaving farmers with insufficient water.

For the next thirty-five years, Crook County farmers and ranchers lobbied state and federal officials to build a dam on the Crooked River that would provide additional irrigation for dry farms and ranchlands. In 1957, they finally succeeded when Congress approved the Crooked River Project.  The project was one of many Congress approved in the 1950s, as the federal Reclamation Bureau and Army Corps of Engineers competed to build water projects throughout the U.S.

For years, recreational and agricultural interests battled with the U.S. Bureau of Reclamation for control of the Prineville Reservoir and, by default, much of the Crooked River. While competing interests fought over how the water should be used, more and more Oregonians were lured to the river and the reservoir for recreation.

By federal law, the reservoir is still designated only for flood control and irrigation purposes.  In 1988, however, sections of the Crooked River and its tributaries gained protection under the Wild and Scenic Rivers Act. This change in status, led by Oregon Senator Mark O. Hatfield, helped solidify recreational and fish and wildlife industries as major factors in how the basin's water is used.

The Crooked River Project remains an irrigation and flood control endeavor, but its significance for the region's economy and its fish and wildlife habitat now go well beyond agricultural uses and the protection of property. 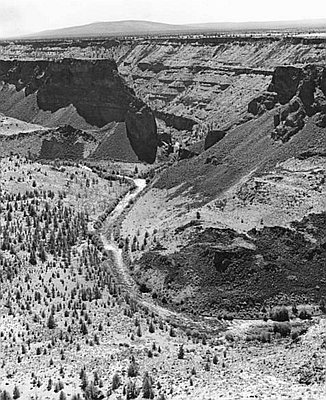 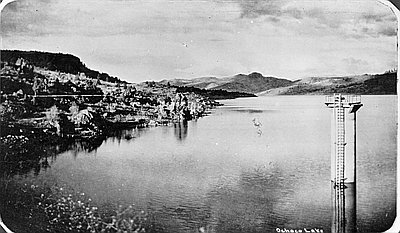 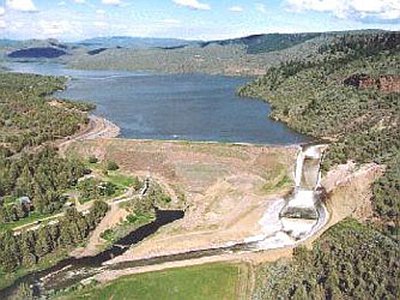 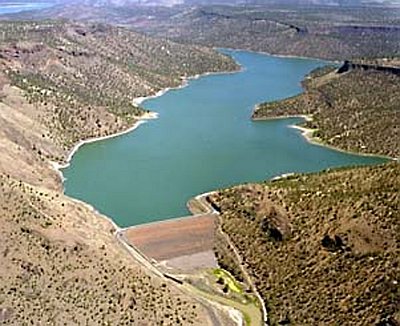 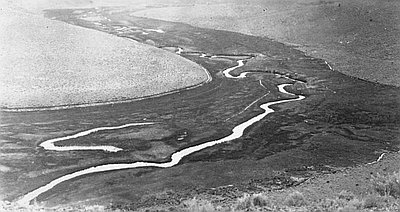