From 1917 to 1953, Robert Sawyer held sway from his desk as editor and publisher of the Bend Bulletin as the most important advocate for central Oregon. Sawyer wrote thousands of editorials that promoted general development of the High Desert region from Madras to Klamath Falls. Eric W. Allen, first dean of the School of Journalism at the University of Oregon, considered Sawyer the best small-town editor in the Pacific Northwest, in part because he trained first-rate journalists who made the Bulletin an early stop in their careers.

Reportedly, Sawyer greeted everyone at the paper each morning with “Good morning, children,” but his patriarchal approach was supportive, if firm, and fair-minded. Republican in politics, conservative in outlook, and scrupulous in business affairs, Robert Sawyer was a community force when central Oregon’s natural resource economy was in its heyday.

Sawyer was born in Bangor, Maine, in 1880 and matriculated at Phillips-Exeter Academy, Dartmouth College, and Harvard Law School. In 1912, after practicing law in Boston for several years, Sawyer abruptly turned west and migrated to the relatively young community of Bend. He avidly embraced the region’s landscape and took a job working in one of the area lumber mills. Within a few months, he caught the eye of Bend Bulletin owner George Palmer Putnam, who sought out Sawyer after receiving unsolicited articles from him about local events. Putnam offered him a job as a reporter, and by 1917 he had not only become editor but also had purchased the paper.

As editor and publisher of the Bulletin, Sawyer became a community leader. He helped establish St. Charles Hospital in 1922 and engaged willingly in politics. In 1916, he served as secretary-treasurer for the Central Oregon Development League and was instrumental in the creation of Deschutes County out of Crook County. He won election in 1920 as county judge, serving until 1927, and he was on the Oregon State Highway Commission from 1927 to 1930. While on the commission, he spearheaded Samuel Boardman’s elevation from highway engineer to parks engineer and watched as Boardman created nearly 60,000 acres of state parks. He was also on the commission to reconstruct the state capitol after it burned in 1935. In 1949, Governor Douglas McKay appointed him chair of the State Planning Commission to plan the capital campus in Salem.

Sawyer developed a keen interest in local and state history. He corresponded with historians, geographers, and archaeologists about early transportation, Native American culture, and the history of place names in central Oregon. Lewis “Tam” McArthur made a stop to see Sawyer whenever he traveled to Bend, and it was Sawyer who often introduced McArthur to pioneers who offered information that found its way into Oregon Geographic Names. Sawyer published two articles in Oregon Historical Quarterly on mid-nineteenth-century explorations in central Oregon by Henry Larcum Abbot, a military surveyor.

Sawyer’s interest in conservation and land use included support of forest preservation, efforts to limit highway billboards, advocacy for creation of a national park for the Three Sisters Mountains, and development of irrigated agriculture. From the 1920s until his death, he worked indefatigably to create and expand irrigation projects in the Deschutes and Crooked River basins and throughout the American West. During the 1930s, Sawyer was Oregon director of the National Reclamation Association and served as president of the national organization in 1947-1948.

Throughout his career, Sawyer played important roles in the state’s Republican Party, primarily as a defender of conservative principles, including lower tax burdens, smaller government, and support for private enterprise. Organized labor and public power advocates considered him among their most effective opponents, while private utility companies and manufacturers counted on his political support. Although he never sought statewide political office, Republican politicians urged him to run for governor in 1930 and 1934 and for the U.S. Congress in 1932.

Sawyer sold the Bend Bulletin to Robert Chandler in 1953, but he remained engaged in irrigation and conservation politics, serving on numerous boards. He was a director of the American Forestry Association in 1952-1953 and was selected for the Second Hoover Commission on Water Resources and Power Task Force in 1953.

Sawyer died suddenly in Bend from heart failure in 1959 at age seventy-eight. In 1980, Bend named a forty-five-acre park along the Deschutes River in his honor. 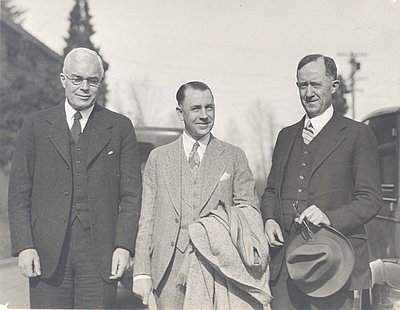 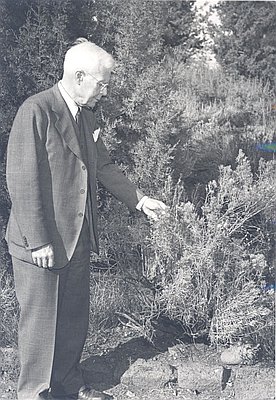