Henry Larcom Abbot was a career military engineer who is memorialized on Oregon’s landscape in three places: Abbot Pass, just west of Clear Lake off U.S. Highway 26 north of Warm Springs; Abbot Creek, a western tributary to the Metolius River some twenty miles northwest of Sisters; and Camp Abbot, a temporary wartime cantonment (1943-1945) near present-day Sunriver. These names on the landscape reflect Abbot’s exploring and surveying work in Oregon as an officer of the U.S. Army Corps of Topographical Engineers assigned to the Pacific Railroad Survey in 1853-1855.

Abbot co-led, with Lt. R.S. Williamson, an exploratory trek north from Sacramento to the Columbia River to scout a potential wagon road or railroad routes east and west of the Cascade Mountains. The survey party entered Oregon in early August 1855 from Tule Lake and continued north along Upper Klamath Lake to the Upper Deschutes Basin. One party headed west over the Cascades to the Willamette Valley, and Abbot traveled north to Fort Dalles on the Columbia to acquire supplies, arriving there on September 11. Abbot continued his survey and proceeded downriver to present-day Cascade Locks, returned to The Dalles, and headed south to Black Butte, where he scouted potential railroad routes and determined that no railroad could be built over the Cascades near Mount Jefferson. He returned to the Deschutes camp in late September, but decided to return north to further scout a potential wagon route over the Cascades.

On his second trip, he enlisted a guide, Sam An-ax-shat, a youthful Tygh Indian, paying him two dollars per day. Starting off on October 5, Abbot traveled to the Willamette Valley on a route that took him past Clear Lake, Dry Meadow, Frying Pan Lake, Roaring River Canyon, Estacada on the Clackamas, and finally Oregon City, where he arrived on October 19.

From Oregon City, Abbot returned to California by early November, overland through Salem, Eugene, Roseburg, and Fort Lane, surveying potential railroad routes. The report of his surveys appeared in Pacific Railroad Reports in 1857, documenting an early reconnaissance of transportation routes in Oregon.

Henry Abbot was the eldest of seven children born to Joseph Hale Abbot and Fanny Ellingwood Larcom in Essex, Massachusetts, on August 13, 1831. He attended Boston Latin School and West Point, graduating second in his class in 1854. He chose the Corps of Engineers, spending his career in the Far West and on the Mississippi and Ohio Rivers. During the Civil War, he commanded the construction of defensive works on key battlefields and earned the rank of Brevet Major General.

In 1856, after returning from his survey work in Oregon, Abbot married Mary Susan Everett. The couple had four children. Their oldest son, Frederic, followed his father’s path to West Point and a career in U.S. Army Corps of Engineers. After 1895, in post-retirement, Abbot served as a member of the U.S. Forestry Commission and as consulting engineer on the construction of the Panama Canal. He lived out his later years in Cambridge, Massachusetts, where he died on October 1, 1927, at the age of ninety-six. 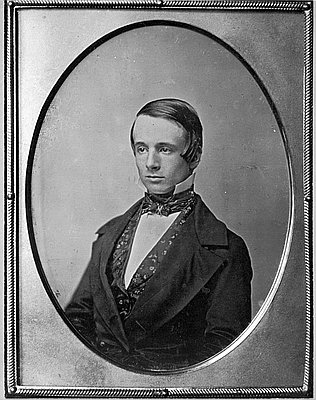 The U.S. Army Corps of Engineers, a hybrid military and civilian federal agency, developed Oregon's water transportation infrastructure and played a major role in the state's economic growth. Beginning in the 1820s, Congress mandated the Corps to improve the nation's navigable rivers and harbors so they could safely accommodate ever-larger …