The Tower Theatre is Bend’s most colorful and iconic landmark. Since the theater’s opening on March 6, 1940, residents have heralded the building’s Streamline Moderne design, especially the four-story column above the marquee, where “Tower” is spelled out in large neon letters. Following the Depression, many people saw the building as a symbol of their resilience, collective strength, and optimism.

The Tower was designed by celebrated Seattle architect B. Marcus Priteca, with assistance from Harry Herzog of Portland, for California film distributors Frank Blount and Kenneth Hodkinson. Hodkinson—the son of W.W. Hodkinson, the founder of Paramount Pictures—moved to Bend and chose a former bakery for the site of his first movie theater. He selected Bend, he said, because of the city's growing population, recreational activities, and inexpensive property.

In spite of heavy snowfalls during the 1939–1940 winter, the Tower was constructed in just over ninety days. Huge timbers, sleek wooden walls, and rounded corners highlighted the interior, while most of the exterior was wrapped in smooth brick and stucco, topped off with a marquee in dazzling neon tubes of green, pink, and gold. The theater featured the first dual projection system in the Northwest, with voices and music transmitted directly from the film to amplified two-story speakers backstage.

Opening night on March 6 attracted a capacity crowd of regional theater owners, city officials, and well-dressed Bendites to see Four Wives, starring Claude Rains and Eddie Albert. During the three-day celebration that followed, the owners led tours of the stage and auditorium and showed off the heated seats, trimmed in glow-in-the-dark paint; a women’s lounge furnished with plants, chairs, and writing tables; and unobstructed views from the balcony. Hodkinson crowed about the projection booth, whose “lights are stronger than the sun.”

For its first forty years, the Tower hosted films, live performances, lectures, fashion shows, and community events. Performers ranged from Russian Cossack dancers and jazz groups to military experts and the local talent show Go West. With the advent of drive-ins and television, however, attendance dropped, ownership changed several times, and the building fell into neglect. In 1988, Act III Theatres added the Tower to its chain of over a hundred cinemas and split the auditorium into two sections. Nevertheless, customers stayed away, and the building closed after the boiler went out in 1993. Meanwhile, Act III built a sixplex on the city’s east side.

Soon after the building closed, residents and business leaders began organizing fundraising efforts to purchase and restore the theater as a performing arts center. Rallying cries included “Save the Tower” and “Renovate Me and They Will Come,” but years of neglect, vandalism, antiquated heating and lighting systems, and costly renovations seemed to be insurmountable obstacles. Some residents of the city called for converting the theater into retail or commercial space; others proposed razing it.

The City of Bend purchased the aging building in 1995 but rejected spending millions of dollars to renovate it. A community-based, nonprofit organization called the Tower Theatre Foundation stepped in and negotiated an option to purchase the building for $445,000. Over the next decade, under leadership from the foundation, supporters of a performing arts center raised $4.2 million from individuals and businesses and received a $350,000 grant from Meyer Memorial Trust to transform the building into a premier entertainment venue. Because the building had little historical significance and would be extensively renovated, the foundation decided not to seek its listing on the National Register of Historic Places. The city abandoned plans to hold city council meetings in the auditorium and handed the deed over to the foundation, requiring it to make annual payments of $6,000 until the balance was paid off.

At the dedication of the Tower Theatre on January 30, 2004, crowds gathered to admire the Streamline Moderne design and the rebuilt interior that mixed Art Deco characteristics and modern amenities, including updated restrooms, comfortable seating, and a contemporary concession stand. The Tower now holds sway over a historic business district of boutiques, restaurants, and coffee shops. Selected as one of the best indoor music venues in Oregon in 2019, it also hosts educational programs, conferences, and film and music festivals. 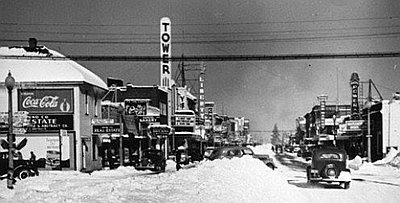 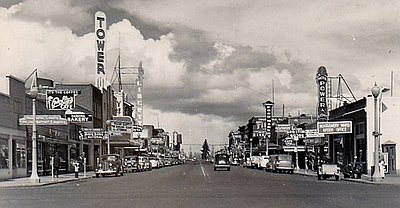 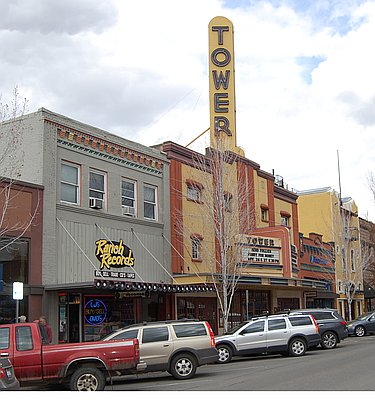 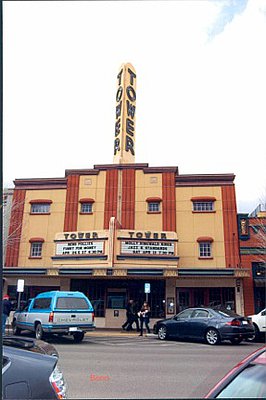 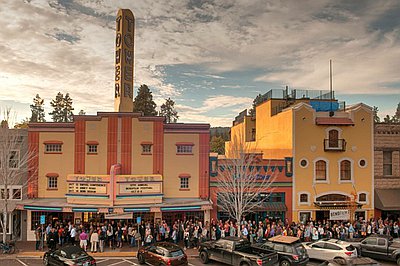 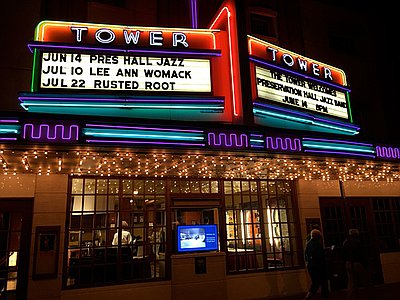 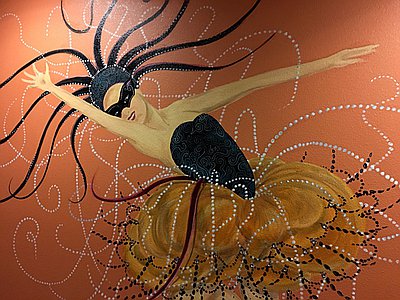 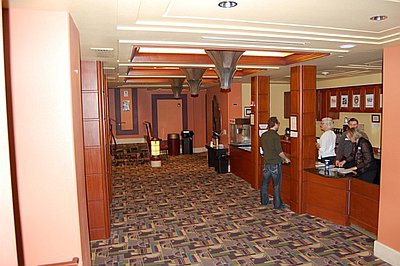 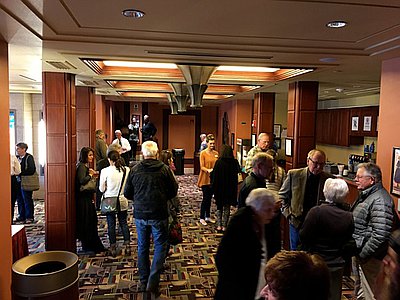 When fourteen-year-old Virginia Katherine McMath, better known as Ginger Rogers, danced onto the stage of the Craterian Theater on April 21, 1926, she dazzled Medford audiences. Many years later, on November 21, 1993, the sixty-seven-year-old actress was on the same stage to urge residents and business leaders to save the …

The Guild Theater in downtown Portland is the last survivor of the city's Midtown Blocks entertainment district that dazzled audiences in the 1930s and included the Heilig, Empress, Liberty, and Majestic theaters. In the twenty-first century, the former movie house, at 829 Southwest Park (9th) Avenue, stands vacant, rusting, and neglected, like …