The Simon Benson House, a Queen Anne-style house built in 1900 by timber baron Simon Benson, was originally located at Southwest 11th and Clay across from the Old Church in Portland. In January 2000, it was moved to its current location at Southwest Park and Montgomery, in the Park Blocks at Portland State University, where it now houses the university’s alumni association and visitor center.

Simon Benson, a Norwegian immigrant, was a timberman, innovator, and philanthropist. He promoted the Columbia Gorge Highway and donated land for parks in the Gorge. He also helped build Benson Polytechnic High School in Portland and gave the “Benson Bubbler” water fountains to the City of Portland.

After the Benson family moved from the house in 1913, it served as a residence, a boarding house, and apartments. The house was placed on the historic register in 1983 but fell into disrepair and was condemned by the city in 1991. In 1998, City Commissioner Gretchen Kafoury assembled the Friends of Simon Benson House, which worked for several years to raise money to move and restore the house.

The house was restored as closely as possible to the original details, including its unique roof ornaments. Two chimneys were replicated and the curved porch decorations were reproduced. Interior features include much of the original wood in the elaborate front stairway, cherry wainscoting, and three sets of pocket doors. Coved ceilings and thirteen leaded glass decorative windows add to the ambiance.

The Simon Benson House, now restored to its former glory, is a jewel in the Park Blocks and a fine example of historic preservation in Portland. 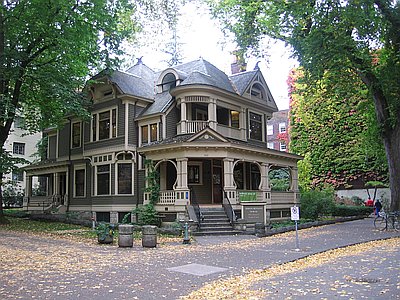 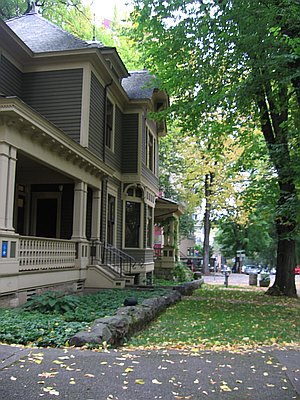 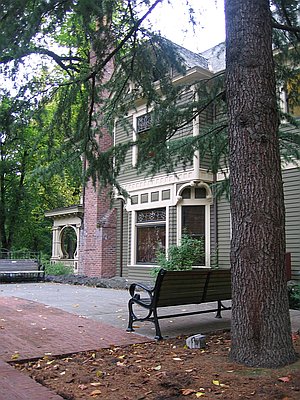 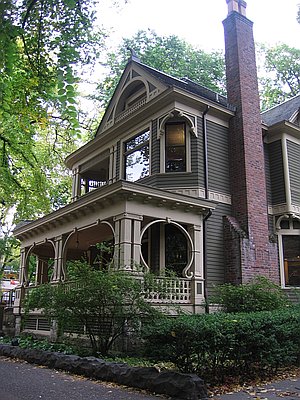 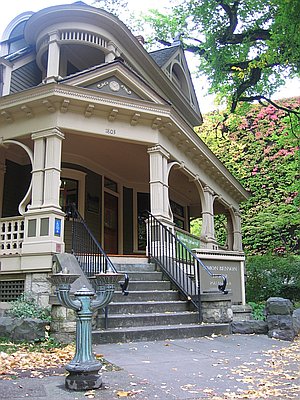 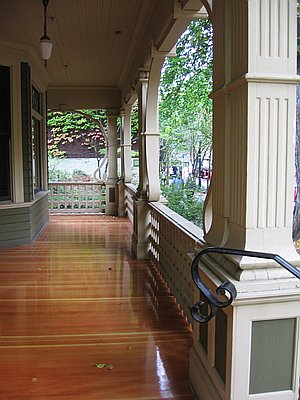 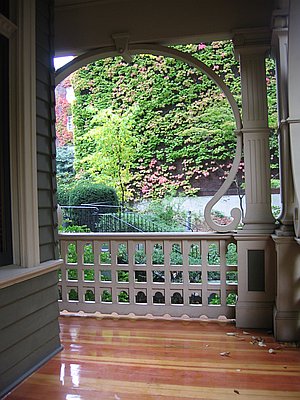 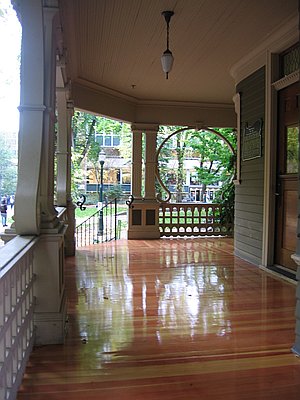 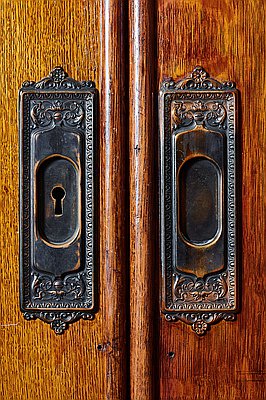 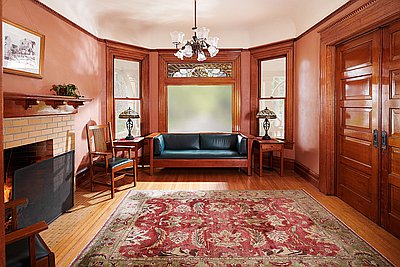 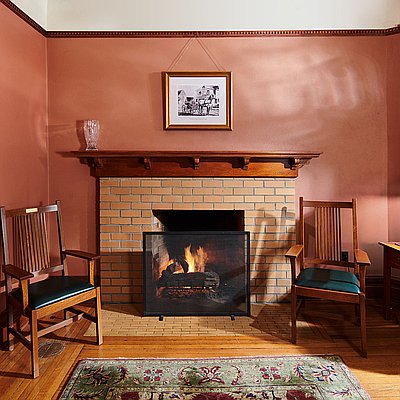 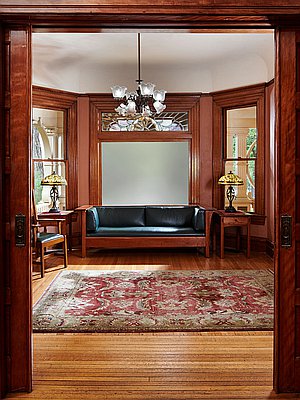 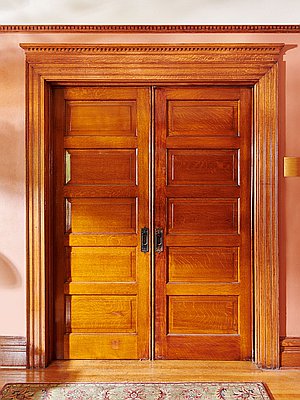 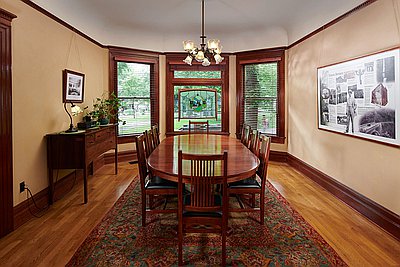 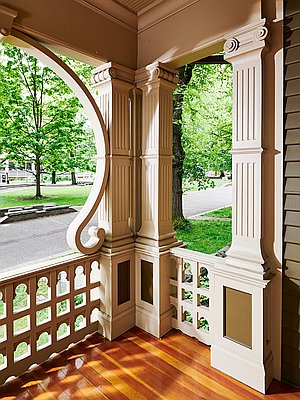 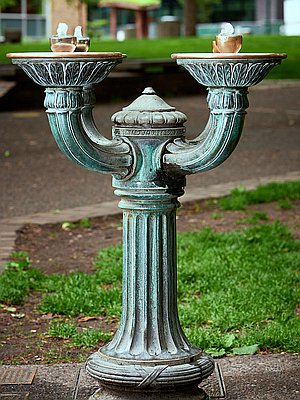 Simon Benson gave his name to a Portland high school, a Portland hotel, and twenty brass water fountains in Portland's downtown. A classic American success story in the wide-open economy of the early Northwest, he had a significant impact as an innovative timberman and philanthropist.