Simon Benson gave his name to a Portland high school, a Portland hotel, and twenty brass water fountains in Portland's downtown. A classic American success story in the wide-open economy of the early Northwest, he had a significant impact as an innovative timberman and philanthropist.

Simon Berger Iverson was born in Gansdal, Norway, and immigrated to Wisconsin in 1868 when he was seventeen years old. He soon Americanized his name to "Benson" and mastered English in order to earn a raise of two dollars per week in his first job as an assistant in a store. He learned the lumber business in the Great Lakes pine forests.

In 1879, Benson moved to Oregon and shrewdly began to acquire forestlands along the lower Columbia River, two decades before Frederick Weyerhaeuser's move from Minnesota to Washington would make the Northwest the center of the American timber industry. Over the next twenty years, Benson amassed a holding of 46,000 acres, much of it in Columbia County. He often picked up land from homesteaders who had failed to make a go along the rainy lower river.

Benson was a technical innovator as well as an investment pacesetter. He used small logging railroads rather than ox teams to haul logs to the water and developed compact steam-donkey engines to winch felled logs to his railroad. By using steam, he greatly reduced his logging costs. Once the logs reached the Columbia River, Benson cut shipping costs by building huge cigar-shaped log rafts, roughly the length of three football fields. The rafts could be towed through the open ocean to San Diego, where he had a sawmill ready to cut them for the lucrative California market.

Benson relocated to Portland around the turn of the twentieth century. He lived in a custom-built house at the corner of Southwest 11th and Clay, where every room was paneled in a different type of wood. The house, moved to prevent demolition, is now on the Portland State University campus and houses the university's alumni association.

In 1910, Benson sold his landholdings for $4.5 million. Some of the proceeds went to construct the Benson Hotel, which opened in 1913. As part of a downtown building boom that dated to the Lewis and Clark Exposition of 1905, the hotel helped anchor the growing business district of department stores, columned banks, and office buildings along Broadway and adjacent streets.

Benson was a prime mover behind the development and construction of the Columbia River Highway in the 1910s. He paid for an experimental road around Shellrock Mountain, helped pull together business and political support for the larger project, financed the first miles of paving in Hood River County, and built the Columbia Gorge Hotel just west of Hood River. He also purchased 1,000 acres around Multnomah and Wahkeena falls, which he donated to the City of Portland. The city later transferred the property to the state park system, one of whose units bears his name. In 1917, he helped pass the first bond issue for a state highway system and served on the first state highway commission.

In semi-retirement, Benson devoted much of his energy to civic causes, drawing on his practical business experience. He was a significant member of Portland's second generation of commercial-civic leaders, men and women who began to measure their community against the standards of the East Coast and realized that Portland needed public institutions as well as docks and factories. Among other benefactions, he gave $100,000 to help add Benson Polytechnic School to the city's roster of high schools in 1916. The shiny, four-lobed water fountains that dot downtown—the "Benson bubblers"—were a final gift to the city, reportedly offered because he was tired of workers showing up drunk on Monday morning.

Benson was a man who modeled the American success story, from immigrant to business innovator to civic leader, and his career reflected Oregon's transition from resource frontier to mature community. 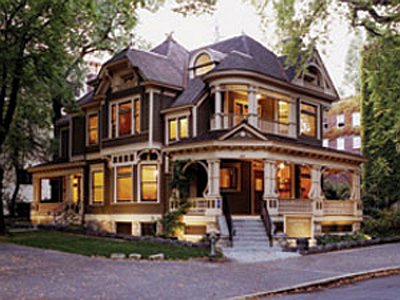 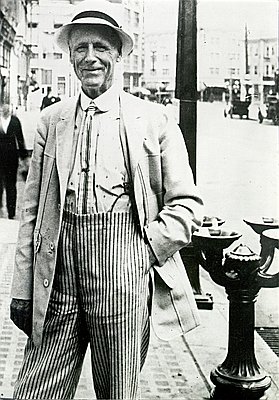 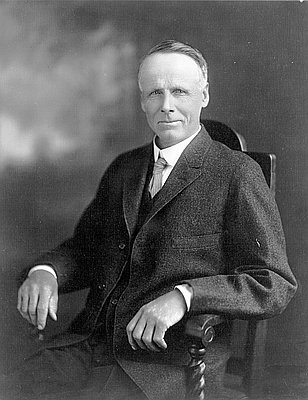 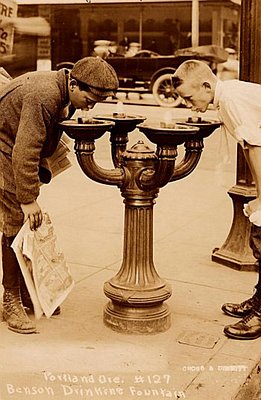