In November 1990, Barbara Roberts became the thirty-fourth governor of Oregon, the first woman elected to that office and one of three women in the United States elected as governors that year (the others were Joan Finney of Kansas and Ann Richards of Texas). By the time she was elected, Roberts had become known as a hardworking politician with strong positions on education, civil rights, and the environment. Her policies on tax reform and the timber industry were controversial, and she faced three recall efforts before deciding not to run for a second term.

Barbara Kay Hughey was born in Corvallis on December 21, 1936. Her family moved to California and then Yamhill County, eventually settling in Sheridan. On December 26, 1954, when she was a senior in high school, Barbara married Neal Sanders, who was in the Air Force. Following her graduation from Sheridan High School in 1955, she joined Neal in Texas, where their first son was born. After Sanders was discharged in 1958, the family returned to Oregon, where their second son was born. Barbara attended Portland State University from 1961 to 1964 and later continued her studies at Marylhurst College.

In 1962, a doctor diagnosed her oldest son Mike as "extremely emotionally disturbed." In her biography, she writes that "these ‘experts’ predicted Mike would never be able to go to school, never work, never be able to live independently." The difficulties she encountered were similar to the experiences of most parents with disabled children in the 1960s. Few resources were available and public schools had no programs for them, so the children were sent home or institutionalized. Barbara’s political career began when she became an advocate for her son and other children with disabilities.

Barbara Sanders worked as a lobbyist for the Portland Chapter of the National Society for Autistic Children in 1971, the same year she and Neal divorced. She lobbied for disabled children's rights, using her own money to advocate for equal access to education. Governor Tom McCall signed Senate Bill 699 into law on June 29, 1971, the first law in the nation requiring school districts to "establish a full-time special program when 12 or more emotionally handicapped children reside in the district." She was elected to the Parkrose School Board in 1973 and also served on the Mt. Hood Community College Board.

When she was elected as Oregon Secretary of State in 1984, Roberts became only the second woman to hold that office (after Norma Paulus). Her swearing-in ceremony featured the Portland Gay Men's Chorus, a controversial choice that cemented her reputation as an advocate for civil rights. She pushed for election reforms, including making the ballot more accessible to disabled voters, supporting public audits, and funding a new state archives building. In 1989, she received the Women Executives in State Government fellowship to the John F. Kennedy School of Government at Harvard University, a program she would later return to as an educator.

After one and a half terms as Secretary of State, Roberts ran for and was elected governor in 1990, winning 46 percent of the vote against Republican Dave Frohnmayer and Independent Al Mobley. As governor, she had to contend with the consequences of Ballot Measure 5 (passed in 1990), which set limits on property taxes. The enactment of the bill saddled Oregon with a significant budget deficit, and Roberts was faced with making severe cuts to state services. She decided to explain the process through what she called a "Conversation with Oregon," a series of town hall meetings and media broadcasts where she outlined her tax plan (which included a sales tax) and took questions from the public. The program earned Roberts awards from the Kennedy School of Government and the Ford Foundation; but Republican legislators defeated her budget in 1992. She dealt with the shortfall in part by streamlining government programs and services.

Roberts was elected governor in the midst of the so-called Timber Wars in the Pacific Northwest, a regulatory battle between the timber industry and environmentalists who wanted the government to protect the habitat of the northern spotted owl. The owl was listed as an endangered species in 1990, and the subsequent dramatic cut in timber harvesting had devastating consequences for timber communities and companies. Roberts resisted efforts to exempt Oregon forest lands from the requirements of the Endangered Species Act, a position that cost her politically but that protected thousands of acres of old-growth forests.

In 1992, Roberts became the first Oregon governor to face a recall petition. There were three efforts in all, one right after the other, coordinated by the timber industry and the Oregon Citizens Alliance, an anti-gay advocacy group that objected to Roberts's public condemnation of its ballot measures. All three recall attempts failed, and Roberts turned her attention to housing, education, and government spending. In 1993, she secured the federal waivers necessary to implement the Oregon Health Plan and made its funding a priority. She also worked with Frank Roberts, who still held his senate seat, to campaign for the Death With Dignity Act, which the Oregon legislature passed in November 1994—a year after he died from cancer.

Roberts did not run for a second term. After leaving office in 1995, she took a position at Harvard University's Kennedy School of Government and was a senior fellow to Harvard's Women and Public Policy Program. In 1998, she was named associate director of leadership development at Portland State University's Hatfield School of Government and was the Metro councilor for District 6 in 2011-2012, filling the seat held by Robert Liberty, who left to take a position at the University of Oregon.

Roberts has continued to advocate for women in politics, LGBTQ rights, Special Olympics, housing, education, the environment, and equity. She is the author of Death without Denial, Grief without Apology: A Guide for Facing Death and Loss (2002) and Up the Capitol Steps: A Woman’s March to the Governorship (2011). She received the Governor's Gold Award for Extraordinary Service to Oregon in 2005 and the Tom McCall Legacy Award in 2017. The Girl Scouts of Oregon and Washington named her the Marie Lamfrom Women of Distinction in 2013. 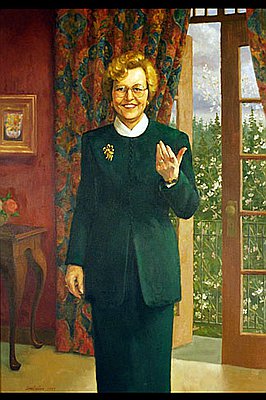 Portrait of Gov. Roberts in the Oregon State Capitol
Courtesy State of Oregon 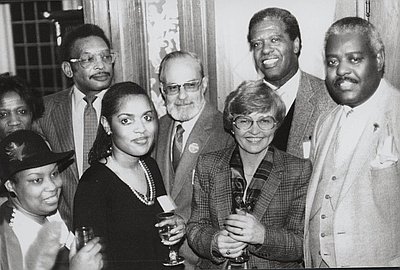 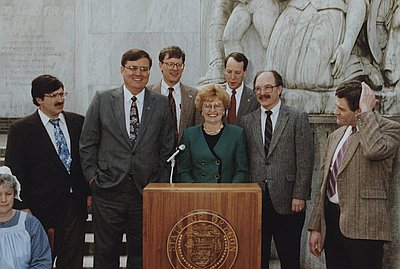 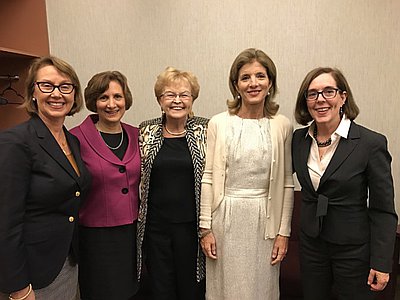 In 1994, Oregon voters were the first in the nation to approve an act that allows a physician to prescribe a lethal dose of medication to a terminally ill patient for the purpose of self-administration. This practice is called physician-assisted suicide, physician-assisted death, or physician aid-in-dying.

Eligible patients must be …

Ballot Measure 5, an initiative passed by Oregon voters in November 1990, fundamentally changed Oregon’s property tax and public school funding systems. Voter approval of Measure 5, and of Measure 47 in 1996 and Measure 50 in 1997, demonstrated the great force of anti-tax fervor in that decade. The resulting …