Established in 1998 by the nonprofit Oregon Nikkei Endowment, the Oregon Nikkei Legacy Center (ONLC) is a museum about Oregon's Japanese Americans. The museum's mission is to preserve and share the history of Oregon Nikkei, educate the public about the Nikkei in American history, and advocate for civil liberties guaranteed by the United States Constitution. Nikkei (nik-kay) refers to persons of Japanese ancestry whose primary residence is outside Japan.

ONLC is located in Portland's Old Town, in the heart of the city's historic Japantown. It occupies part of the historic Merchant Hotel Building, where Japanese families once operated a laundry, bath, and barbershop. The center is part of the revitalization of the Old Town neighborhood and its rich multi-ethnic history, including Japanese, Chinese, African Americans, Jews, Greeks, and Norwegians.

Permanent and changing exhibits and public programs address issues of cultural identity, the immigrant experience, and a call to defend civil liberties. They present life and commerce in Portland's Japantown and early settlements in rural Oregon; the experiences of Oregon Nikkei imprisoned during World War II, initially at Portland Assembly Center in the Pacific International Livestock Exposition Pavilion (now known as Portland Expo Center) and later in concentration camps in Idaho, Wyoming, and California; and the post-war redress movement. By presenting these important chapters in American history, the museum leads visitors, including schoolchildren, to civic engagement lessons. 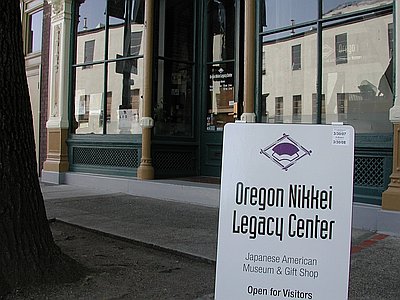 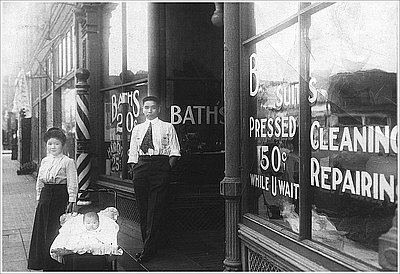 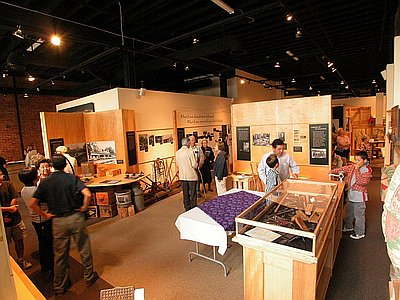 Personal Justice Denied. Report of the Commission on Wartime Relocation and Internment of Civilians. Seattle: University of Washington Press, 1997.