There is only one school of dentistry in Oregon. It was founded in Portland on December 20, 1898, when the privately owned Oregon College of Dentistry was incorporated, with Herbert C. Miller as the first dean. A few months later, on March 9, 1899, Norris Cox incorporated the Tacoma College of Dental Surgery. The two schools merged in 1900 to form the North Pacific Dental College at Northwest Fifteenth Avenue and Couch. Herbert C. Miller was named dean the next year; he would hold that position for twenty-three years.

Ten students were admitted to the first-year class for a program that lasted twenty-one months and cost $345. Admission required two years of high school and a certificate of entrance into the third year. By 1911, the college had expanded to include a school of pharmacy, and it moved to a new building at Northeast Sixth Avenue and Oregon (the pharmacy closed in 1941). The college initiated a four-year course in 1917. In 1924, Louis Fitzpatrick was named dean and the school admitted ninety students. Three years later, a rudimentary dental hygiene educational program was launched, and by 1937 students had to complete two years of pre-dental college credit in order to be admitted to the doctoral program.

The school faced serious accreditation deficiencies once again in 1951. At the urging of Noyes and others, the legislature appropriated funds to construct the school’s current building on the Marquam Hill Campus; the building was completed in 1956. During this period, Noyes initiated what was known as a “vertical curriculum,” with students focusing on the biological sciences and preclinical laboratories during their first two years of study. Students saw their first patients during the first quarter of their freshman year, and clinical experience increased every year thereafter. The approach eventually became a standard adopted at other dental schools. Students also were rotated into outreach programs to treat disadvantaged, handicapped, elderly, and medically compromised individuals.

The school—and dentistry—changed when Portland engineers Norm Williams and Kenneth Austin collaborated with alumnus Kenneth Cantwell to make revolutionary improvements in an existing high-speed dental drill. In 1963, the School of Dentistry was the first in the United States to teach students to use a technology that would later become standard throughout the world.

In addition to the doctor of dental medicine curriculum, the school has five postdoctoral specialty programs in endodontology (root canals), oral and maxillofacial surgery (face, mouth, and jaws), orthodontics (correction of abnormal teeth and jaw alignments), pediatric dentistry, and periodontology (diseases of the gums and supporting bone of the teeth). It also operates a children's dental clinic in Doernbecher Children’s Hospital and conducts dental education programs for practicing professionals.

The School of Dentistry graduated over 7,500 doctors of dental medicine (DMD) between 1899 and 2011. Some dental schools opt to award the doctor of dental surgery degree (DDS) that is equivalent to the DMD degree. The educational and training requirements are the same.

Since its founding, the OHSU School of Dentistry has continued to expand and improve its educational and research programs and remains fully accredited. In 2013, new facilities will be built along Portland's southwest waterfront, part of a collaborative Life Sciences Building that brings together OHSU, Portland State University, and Oregon State University. 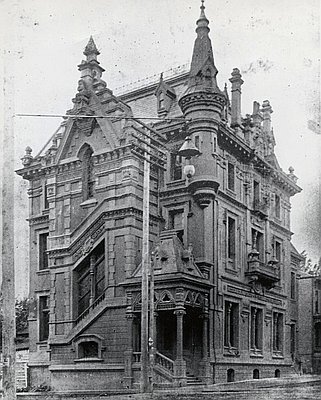 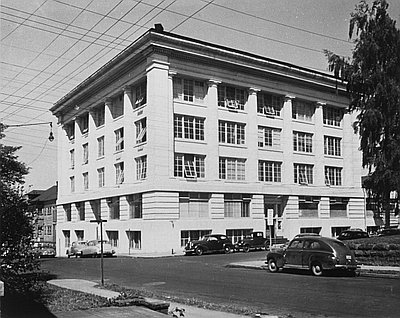 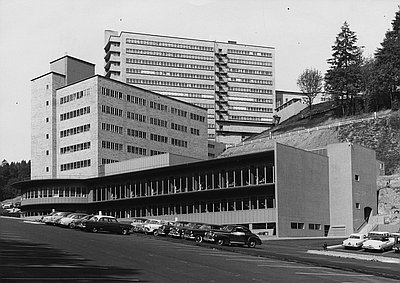