Before 1847, there were some surgeon-dentists in eastern cities but none in Oregon. Toothache—usually caused by an abscess—was a common part of daily life. The only solution was extraction by someone such as a blacksmith, using crude, unclean tools. While this technique often solved the problem, it frequently resulted in broken teeth and bone and secondary infections. To avoid the agony and accidents of extraction, sufferers resorted to home remedies, but the infection might spread into the neck or the brain. In the 1800s, such problems were common and almost always fatal.

The first dental school in the world, the Baltimore College of Dental Surgery, opened in Maryland in 1840. In 1847, Oregon's first dentist, a Dr. Sacket, opened a practice in Astoria. A second dentist, Dr. E.H. Griffen, arrived in Oregon City in 1850. Others soon followed. These pioneer dentists brought new methods, including anesthesia and anatomic forceps. Extractions could now be done by a professional, efficiently and without as much pain.

More conservative dentistry was on the way, but the changes occurred gradually, especially in rural areas. In Philomath in about 1880, for example, a physician offered to extract one of young Charles Davis's teeth while visiting in his father's drugstore. Davis later reported: "He reached in with an old pair of forceps and just pinched off the top of the tooth and left the root in. I had twelve roots that had been left in. So I went to a dentist who rubbed something on my gums with a piece of cotton and took out the whole twelve at one time." The dentist might have rubbed on chloroform, ether, or cocaine hydrochloride, which would have numbed the gum tissue but not the nerve of the tooth.

Dentists in Oregon began receiving the major dental journal, Dental Cosmos, which had begun publication in 1859. The journal reported some deaths from inhaled anesthetics, ether, and chloroform. Nitrous oxide became the preferred general anesthetic, but dentists were still looking for an effective local anesthetic.

In 1884, Karl Koller, an Austrian ophthalmologist, discovered that cocaine produced surface anesthesia. Before long, American surgeon William Halsted injected cocaine near nerves, producing nerve-block (local) anesthesia. Among his instruments and supplies, now on exhibit at Oregon Health Sciences University, farmer-dentist John Pike Gage of Stafford, Oregon, had a syringe and a vial that he used to hold cocaine tablets for local anesthesia. But there were serious problems with injecting cocaine, including some deaths. In 1904, Alfred Einhorn discovered procaine (Novocain), which replaced cocaine in dental procedures.

By the later nineteenth century, tooth extraction had improved, but replacement was a problem if a person lost all of his or her teeth. One technique consisted of hand-carving the denture from ivory, a tedious and costly process; and the ivory soon yellowed, decayed, and smelled bad.

A technique was developed using a plaster model of the person's mouth to make a swaged (pounded) gold base with porcelain teeth attached. They were almost as expensive as the ivory dentures had been. In 1866, J.W. Gurley, a dentist in The Dalles, advertised full dentures on gold base for $180-$225 at a time when workers generally made less than $400 a year. But ivory and gold-base dentures were just for looks; neither fit closely enough for eating.

In 1855, Thomas Evans, an American dentist practicing in Paris, France, collaborated with one of his patients, Charles Goodyear Jr., the discoverer of rubber vulcanization, to invent the Vulcanite (rubber-base) denture. With that advance, dentures became much less expensive. By 1866, Dr. Gurley was advertising the new Vulcanite dentures at a cost of $70 to $125; and D.D. Stephenson, also of The Dalles, offered Vulcanite dentures for $25 to $85. With some improved impression techniques, dentures would stay in place while a person was eating.

In the early nineteenth century, dentists used gold, tin, lead, and so-called cements to fill dental cavities, but the techniques were tedious and often expensive. Then, in 1833, two English dentists in New York—the Crawcour brothers—introduced a new filling material, a poor form of silver amalgam. Before a cavity was filled, the tooth was cleaned with hand instruments, including a bur (drill) that dentists simply rotated with the fingers. The new material was easy to use, but fillings cracked, chipped, and fell out if dentists did not have the proper knowledge.

In 1871, James Beall Morrison introduced the foot-treadle drill, a huge technical advance. John Pike Gage purchased one for his practice in Stafford, as did most dentists. Gage's Daily Ledger reports: "Filling 8 cavities with amalgam and 2 cavities with Os [a cement]—$7.50 Extracted 1 M [permanent molar]—.50." He replaced about one in every ten fillings at no charge, apparently due to earlier failure.

On March 29, 1873, a group of dentists met in the Portland office of J.H. Hatch to organize a state dental organization that would "permit them to keep pace with and reap the same benefits as their eastern brethren." The first Oregon State Dental Society lasted only about six years. A few years later, on June 14, 1893, the Oregon State Dental Association was formed; it survives today as the Oregon Dental Association.

The first state law to regulate dental practice was enacted in Alabama in 1841, and other states gradually followed. In Oregon, the legislature passed the Oregon Dental Practice Act on February 23, 1887, and created an Oregon State Board of Dental Examiners to enforce it. The act required that a dentist be a graduate of a "reputable" dental college and extended authority to the board to examine applicants’ qualifications.

By 1900, the cause of dental caries had been discovered. Preventive dentistry became important to dental practice, and enormous progress was being made in every aspect of dental science.

In 1910, a committee of Portland dentists persuaded city officials to donate space for a Free Dental Clinic for Indigent Children. By 1919, five free clinics, some mobile, were serving sixty-two Portland schools. Since then, Oregon dentists have been at the forefront of dental education:

In 2011, the Oregon Dental Association had seven statewide and forty regional Community Access Programs for underserved populations. Oregon dentists are active in Give Kids a Smile, Medical Teams Northwest, Mercy Corps, Tooth Taxi, and other organizations that serve local, state, and international communities.

In the 1950s, Oregon dentists and two workers' unions started what would become one of the first dental insurance plans in the nation. In September 1954, the International Longshore and Warehouse Union and Pacific Maritime Association (ILWU-PMA) asked the dental societies of Oregon, Washington, Idaho, and California to help them develop a plan to care for the dental needs of their members' children. The Oregon Dental Society developed a proposal, and Oregon Dental Service (ODS) was formed in 1955. An association committee acts in an advisory capacity to the corporation. Beginning in the 1980s, ODS began to expand to include several subsidiary companies, including ODS Health Plan and Dentist Benefits Insurance Company (DBIC).

The growth of dental education in Oregon continues. Two new schools of dental hygiene opened in recent years. In 2011, the OHSU School of Dentistry could accommodate seventy students a year. The new school, which is scheduled to open in 2014, will accept ninety students.

Klein, R.L. and A. Kendrick. The History of Anesthesia in Oregon. Portland, Ore: The Oregon Trail Publishing Co., 2004. 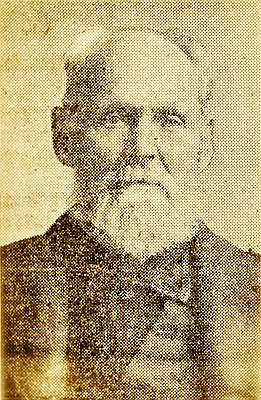 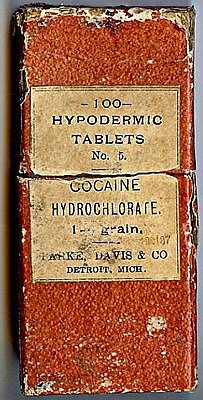 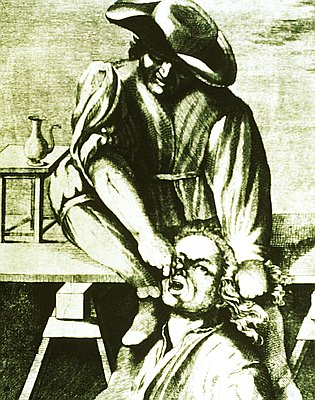 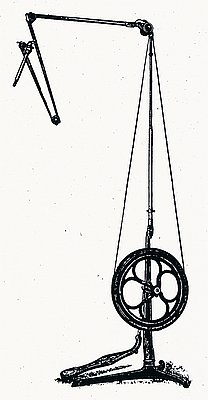