A-dec is one of the world’s largest manufacturers of dental equipment. The company designs, builds, and markets much of the equipment used in dental operatories, including chairs, stools, delivery systems, dental lights, and cabinetry. Its dealers and customers extend to over 100 countries, with major international marketing centers in the United Kingdom and Australia. The recipient of national and international awards, A-dec has consistently placed high in the Portland Business Journal’s annual survey of Oregon’s most admired companies. In 2010, the company’s workforce numbered over 950 employees, housed in 15 buildings on a 40-acre campus in Newberg.

The company was founded on September 21, 1964, by George Kenneth Austin Jr. and Joan Zemke Austin in the basement of their home in Bloomfield, Colorado. In February 1965, the Austins relocated the business to a leased Quonset hut on Blaine Street in downtown Newberg, the town where they had both grown up.

In 1965, A-dec introduced the Dec-Et, the first miniature dental unit to place instruments within easy reach of a seated doctor. The unit helped revolutionize the industry by developing products specifically designed for “sit-down” dentistry. This was important to dentists because the new equipment helped alleviate many health problems associated with prolonged standing. As a complementary unit, the Tray Cart offered a seated assistant a stable work surface for instruments and supplies.

In 1968, A-dec marketed a handpiece control system known as the Auto-Trol, the first such instrument to be air-powered, modular, and automatic. A year later, the company introduced the modern-day, chair-mounted, sit-down dental unit; and within two years, Ken Austin had designed the first integrated dental cabinet. The first A-dec dental chair, the Century 1000, was manufactured in 1978. Considered state-of-the-art technology, the chair helped make the company the world’s leading manufacturer of chairs. In the 1980s, Austin pioneered A-dec’s Clean Water System, which allowed dentists to offer a treated water supply to handpieces and syringes.

A-dec’s success has been built equally on Ken Austin’s inventions and Joan Austin’s management. Ken Austin, an engineer, is a 1954 graduate of Oregon State University. He is named on forty U.S. patents and an additional thirty-three patents in countries outside the United States.

Joan Austin is the author of A-dec’s employee retirement plan and was a pioneer in the region in developing methods of hiring, training, and retaining a skilled workforce. She took the lead in writing The A-dec Way, a set of guiding principles adopted by the company in 1975. An example is the first principle, which teaches employees to strive for excellence and to do so with an understanding that achieving excellence is a never-ending job. The A-dec Way is used widely by consultants and businesses and by universities in their business colleges and MBA programs.

In 2007, to ensure that A-dec remained a family-owned business, the Austins named their son-in-law Scott Parrish as president of the company. Joan Austin became chair of the board of directors and executive vice president; Ken Austin served as vice chair of the board and CEO. Joan passed away in 2013; Ken died on May 1, 2019. 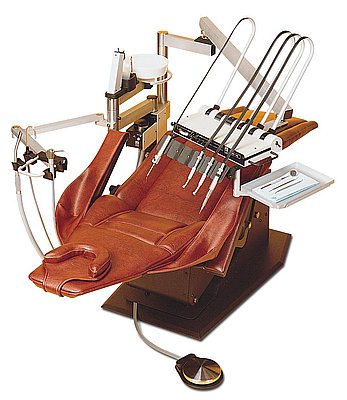 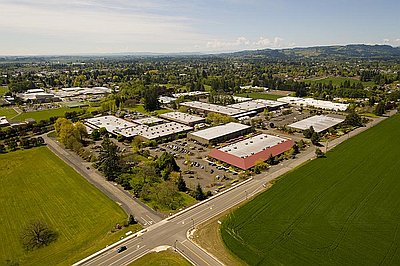 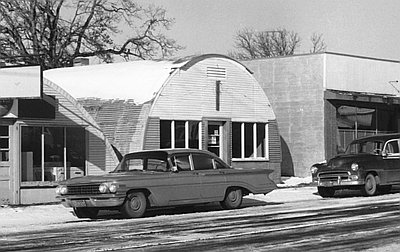 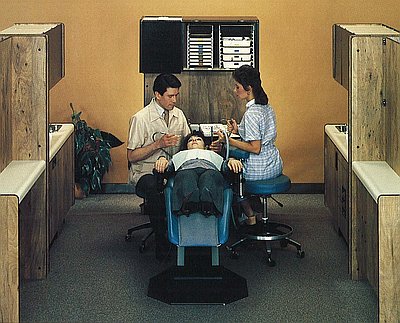 Before 1847, there were some surgeon-dentists in eastern cities but none in Oregon. Toothache—usually caused by an abscess—was a common part of daily life. The only solution was extraction by someone such as a blacksmith, using crude, unclean tools. While this technique often solved the problem, it frequently resulted …

Newberg, the second largest city in Yamhill County, is located about a mile north of a northerly bend in the Willamette River. The city is located in the eastern part of the county, about twenty-three miles southwest of Portland and fourteen miles northeast of McMinnville. The development of Newberg illustrates …

There is only one school of dentistry in Oregon. It was founded in Portland on December 20, 1898, when the privately owned Oregon College of Dentistry was incorporated, with Herbert C. Miller as the first dean. A few months later, on March 9, 1899, Norris Cox incorporated the Tacoma College of …