Hayden Island, a 1,400-acre island nine miles north of downtown Portland, is an important regional asset both in terms of commerce and natural resources. The west side of the island, located just south of the confluence of the Columbia and Willamette Rivers, has about 800 acres of undeveloped intact habitat. The eastern side, which is connected by a thin strip of infill to the much smaller Tomahawk Island, includes sizable industrial and residential areas with offices, hotels, recreation spaces, condominiums, and marinas.

On October 29, 1792, Lt. William R. Broughton, a British naval officer under the command of Capt. George Vancouver, was the first EuroAmerican to set foot on Hayden Island. Broughton named the long sliver of land Menzies Island in honor of Archibald Menzies, a medical doctor and naturalist with Vancouver’s expedition. In the fall of 1805, Meriwether Lewis and William Clark drew the island on their maps as Image Canoe Island, named for the decorated canoes of the Multnomah people. Years later, Hudson’s Bay Company personnel renamed it Vancouver Island and, still later, it was known as Shaw's Island for its owner.

The island was named Hayden Island in 1851 after its then-owner, Gay Hayden, who had migrated from Wisconsin in 1850 and purchased the land from Mr. Barker and Mr. Copeland. For several years, the Haydens farmed the island, raising beef and hay, and sold wood, butter, eggs, and vegetables to Vancouver Barracks, the U.S. Army post on the north bank of the Columbia.

The electric-powered railroad bridge that crosses Hayden Island is owned by BNSF (formerly known as Burlington Northern and Santa Fe Railway). The bridge, built in 1908, is the oldest single pin-swing bridge in the State of Washington. Ferries transported people and goods from Vancouver and Portland to the landings on the north shore of the island until the Interstate Bridge opened in 1917. Jantzen Beach Amusement Park, “The Coney Island of the West,” opened on May 26, 1928; at over 123 acres, it was the largest amusement park in the nation. The park ceased operation on Labor Day 1970.

In 1982, Metro added the western side of the island to the Urban Growth Boundary. The City of Portland annexed Hayden Island in 1986 in order to provide emergency services to those who lived and worked there. The Port of Portland purchased the west side of the island in 1993 to build a large freight facility and shipping terminal. In 1999, environmental activists, including the Audubon Society of Portland, successfully halted industrial development on the island.

West Hayden Island’s riparian corridors support a variety of plant and wildlife species, including bald eagles, pileated woodpeckers, willow flycatchers, and painted turtles, which are classified as threatened, endangered or sensitive. The black cottonwood trees on the island make up four percent of the cottonwood habitat in a hundred-mile span along the Columbia River. Salmon, lamprey, and steelhead migrate past Hayden Island to their spawning grounds upriver. Some salmon depend on the shallow water and channel habitats along the shoreline year-round.

Since the early 2000s, the Port of Portland has dumped semi-contaminated sediment dredged from the Columbia and Willamette Rivers onto a 102-acre plot on west side of the island. Though the Port has received significant pushback from residents and conservationists, the Oregon Department of Environmental Quality has taken a neutral stance because of the possibility that Port will use the waste material for future development purposes. 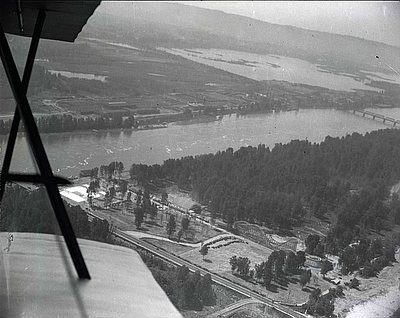 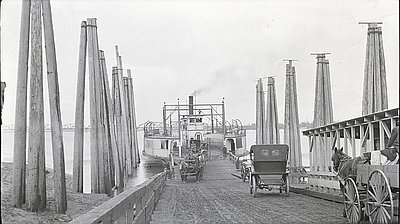 "Multnomah" is a word familiar to Oregonians as the name of a county and a waterfall, among other places. Less well known is its origin as the name of an Indian village once located on the upriver end of Sauvie Island facing the Columbia River. The name is from Chinookan …