The history of Jantzen is in many ways the history of swimwear. In 1910, John A. Zehntbauer, Carl C. Jantzen, and C.R. Zehntbauer founded the Portland Knitting Company with a few knitting machines above a small retail store at 231 Alder Street in Portland. The company offered woolen sweaters, gloves, hosiery, and knit goods, and the first day’s receipt was thirty-five cents for a pair of garden gloves. Bigger sales were on the horizon.

In 1913, a member of the Portland Rowing Club came into the store and asked the company to make a pair of rib-stitch rowing trunks, much like the stitch used for sweater cuffs. He wanted trunks that would stay up without a drawstring and that was fit for cold-morning paddling on the Willamette River. The resulting one-piece garment weighed eight pounds when wet.

Before long, the company made a lighter-weight version that would become the prototype for the first bathing suits offered in its catalog. Made of 100 percent virgin wool, the swimming attire included a cap, matching stockings, and sometimes a wool cape. The suit became popular and marked a turning point for the young company.

In 1916, the company decided to adopt an advertising program and trademark a name. It was collectively agreed that the name “Jantzen” met every branding requirement, and in 1918 the company was officially changed to Jantzen Knitting Mills.

The Red Diving Girl made her first appearance on the Jantzen catalog in 1920, wearing her own cap and stockings. This iconic logo was designed by Frank and Florenz Clark, freelance artists who worked with Jantzen’s advertising agency. Billboards featuring the Diving Girl appeared along highways leading to beaches in San Francisco, Los Angeles, and Portland.

In 1921, Jantzen published its first national advertisements for swimming suits in Vogue and Life magazines. The full-color ads were illustrated by prominent artists such as Coles Phillips and Anita Parkhurst. It was a gutsy and visionary move for a small knitting company in remote Portland.

Jantzen first used its slogan, "The suit that changed bathing to swimming," in an advertising campaign in 1923. The Diving Girl began appearing on swimsuits and as decals that showed up on automobile windshields across the country. In 1924, the registrar of motor vehicles in Boston determined that the silhouette of a bathing girl was too distracting and banned the decals from cars in the interest of safety. By the end of the decade, the Diving Girl had become an international symbol, now without her cap and stockings. The image is still part of the Jantzen logo, making the Diving Girl one of the longest-lived apparel icons in advertising history.

In 1926, the Jantzen Swimming Association of America was established to promote swimming as a sport and to encourage "Clean Water" criteria. Paul Huedepohl, physical education director and swimming instructor, headed the program to raise the standards of sanitation and safety at beaches and to encourage the construction of better facilities. Members were required to maintain stringent rules of operation so the public could depend on clean facilities for swimming as an all-year sport.

Entrepreneurs opened the Jantzen Beach Amusement Park along the Columbia River in north Portland on May 26, 1928. Jantzen executives and other prominent local residents underwrote the development of the park as a facility to showcase the company’s effort to encourage swimming. This led to Jantzen’s sponsorship of national “Learn to Swim” weeks which ran through the 1940s and into the 50s. Popular for over forty years, the amusement park closed to the public at the end of the 1970 season.

In the 1930s, Jantzen Knitting Mills photographed film stars such as Ginger Rogers and Johnny Weissmuller wearing the company’s swimming suits in its catalogs. In 1931, the company produced the largest advertising campaign in swimsuit history, including billboards, magazines, movie advertisements, radio programs, and local theatre and store tie-ins. Ads in Esquire magazine by artists George Petty and Alberto Vargas were considered avant-garde for the time because of their illustrious pin-up-girl style. They created the ultimate iconic female figure—classic, streamlined, long-legged, airbrushed beauties.

Jantzen’s International Set was introduced in 1956, a collection of swimsuits from eighteen design studios around the world. The Diving Girl now wore a strapless suit to stay current with the changes in women’s fashions.

In 1980, Jantzen Knitting Mills was purchased by Blue Bell, the manufacturer of Wrangler jeans. VF Corporation acquired Blue Bell in 1986, and Jantzen continued to operate as a subsidiary of one of the largest apparel producers in the country.

The company revived its Clean Water Program in 1992. With national and local environmental groups and retailers, Jantzen promoted beach and bay cleanups throughout the country and purchased the first environmental billboard advertisement in Times Square. At the same time, Jantzen suits appeared on contestants in the Miss USA and Miss Universe pageants, increasing the glamour of the brand.

In 2002, the Jantzen brand was purchased by Perry Ellis International, a producer of men’s and women's products. The Portland plant employs 45 people, including: designers, sewers, quality control personnel, product coordinators, and archivists. These seasoned resources under one roof adds to the collective industry knowledge and continuation of the brand’s success.

The Jantzen Archives are located in the company’s original 1929 headquarters at 1820 N.E. Glisan, Suite 100, in Portland, not far from the Willamette River where the founders tested the first swimming suit over a century ago. 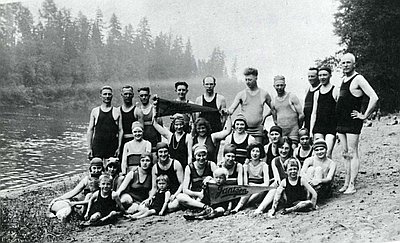 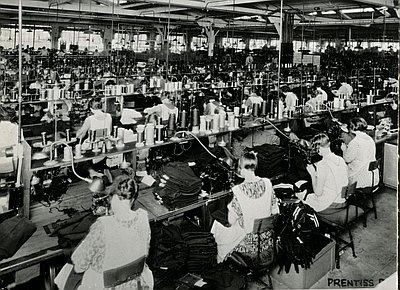 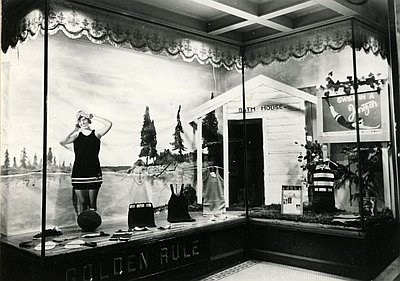 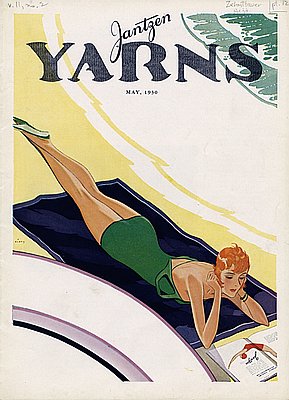 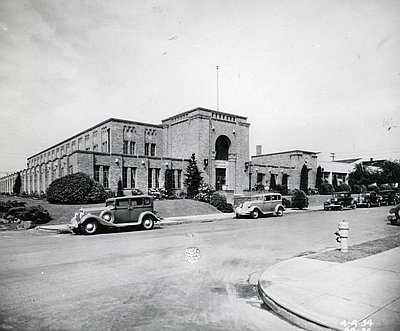 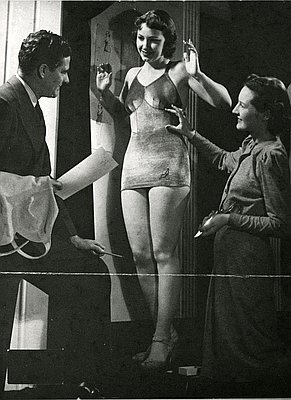 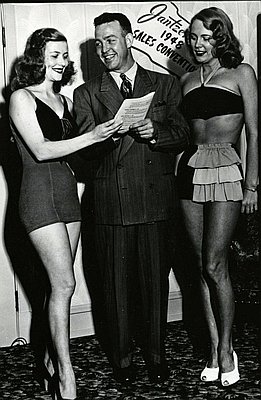 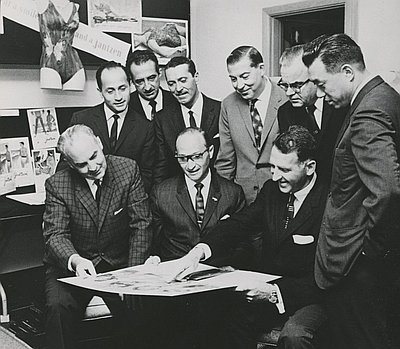