Incorporated in 1889, the Thomas Kay Woolen Mill began manufacturing blankets and wool flannel, tweed, and Mackinaw fabrics in Salem in 1890. Founded by Thomas Lister Kay, the Kay family owned and managed the mill until 1962. Following his father’s death in 1900, Thomas Benjamin Kay took over management of the mill from 1900 to 1931. Ersel Kay assumed leadership from 1932 to 1962, with his son Thomas Benjamin Kay Jr. as manager after World War II. The mill opened with 50 employees and peaked at 160 employees during World War II.

With over twenty-five years working in Oregon’s mills, Thomas Kay had earned a reputation as a man of integrity, a practical businessman, and an expert in woolen mill management. He selected Salem as the site to build his mill because citizens there pledged $20,000 to support the business and provided a site with a factory building and reliable water power. The mill operated for five years before a fire destroyed it on November 18, 1895.

The Kay family voted to rebuild, and Salem residents raised $25,000 to invest in the project. Salem architect Walter D. Pugh designed the new mill to facilitate the easy flow of the manufacturing process, from raw wool to finished fabric, and to be fire-resistant. The main building was three and a half stories tall and constructed of locally made bricks. The exterior was 60 by 146 feet with seventeen massive support timbers measuring 60 feet long with 12-by-16-inch faces. Separated from the mill by a 40-foot corridor was a single-story dye and picker house.

Operations at the new facility began on June 1, 1896. By November, the mill was manufacturing the first worsted wool west of the Mississippi, made with raw wool purchased from farmers in the Willamette Valley and eastern Oregon. A fire-suppression sprinkler system, one of the first in Oregon, was installed in 1900. All the machinery and lights were operated by direct drive water power, one of the few such factories in the United States. Water from the artificial millrace provided a constant flow of water to turn the Leffel 45" Samson turbine that operated the pulleys and belts that provided power to the machines. During the 1940s, additional electrical power was brought in to meet the demands of war production.

The mill operated profitably until 1926, when production slowed. The Depression bankrupted many of the mill’s customers and reduced demand for fabric. To keep the mill operating, the Kays wrote off customers’ bad debts, cut workers’ hours and wages, cheapened the fabric by adding a higher percentage of reused wool, and reduced stock dividends to investors. Until 1933, the employees—men, women, and children as young as eleven—worked ten-hour shifts six days a week. Workers voted to join the United Textile Workers of America in 1934, and after 1940 the mill shifted to forty-hour weeks to comply with federal laws.

During World War I, World War II, and the Korean War, the mill had government contracts for blankets and uniform fabric. It operated around the clock to meet the demand. In the early 1950s, however, consumer demand for wool fabric plummeted in favor of synthetics. Thomas Kay III remembers making a sales trip to the East Coast and returning with no orders.

In September 1959, the Kay family announced that the mill would close. Ninety employees were laid off, and twelve employees remained through 1962 to complete the final orders. The mill became part of the Mission Mill Museum Association, a private, nonprofit organization, in 1964. Mission Mill Museum and the Marion County Historical Society merged in 2010 to become the Willamette Heritage Center. The mill is listed on the National Register of Historic Places.

Today the Thomas Kay Woolen Mill is part of the permanent exhibit at the Willamette Heritage Center in Salem. Visitors can explore one of the most complete mill museums in America: watch a loom operate, hear and feel water pour through the mill race, and see how wool fabric was made. The mill is a significant example of science, technology and engineering, as well as an archive of those who worked there. 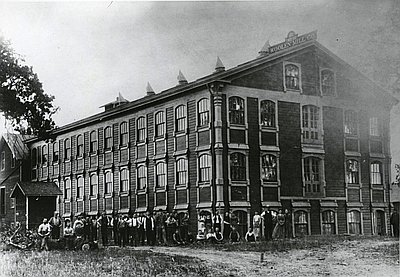 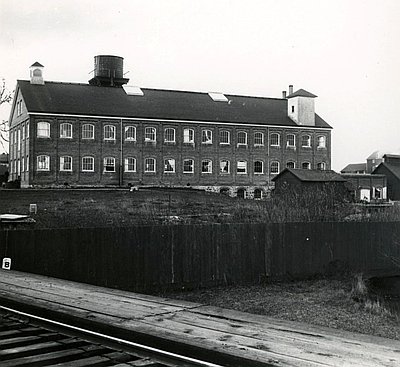 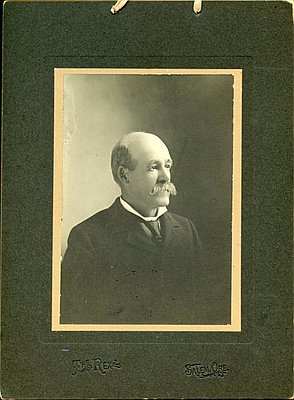 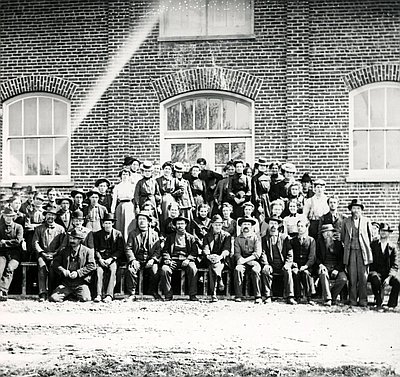 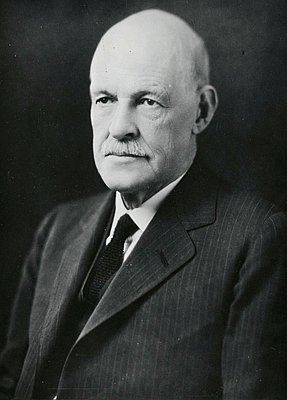 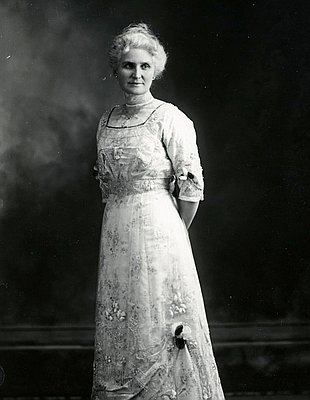 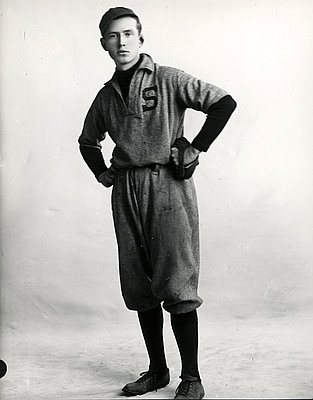 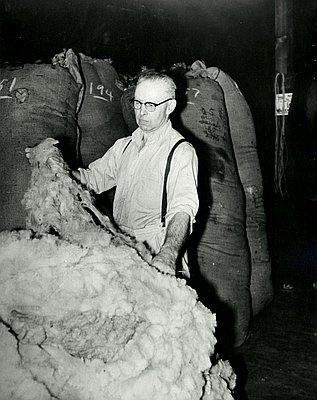 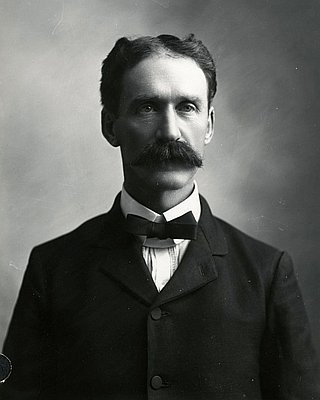 Lomax, Alfred L. Later Woolenmills of Oregon:  A History of the Woolen Mills which Followed the Pioneer Mills. Portland, Ore.: Binfords and Mort, 1974.

The society saved, among other buildings, …

Pendleton Woolen Mills opened in 1909 in a defunct woolen mill that had been established in Pendleton in 1896. The town’s efforts to persuade the Bishop family, which owned the Thomas Kay Woolen Mills in Salem, to revive the closed mill meant leveraging one of eastern Oregon’s economic strengths—its prominence …

Thomas Lister Kay, an early Oregon industrialist, built and operated the Thomas Kay Woolen Mill in Salem. The mill was the center of his life, and his colleagues thought him to be the most experienced woolen textile man in the state. With his vision, he employed skilled workers to …