Pendleton Woolen Mills opened in 1909 in a defunct woolen mill that had been established in Pendleton in 1896. The town’s efforts to persuade the Bishop family, which owned the Thomas Kay Woolen Mills in Salem, to revive the closed mill meant leveraging one of eastern Oregon’s economic strengths—its prominence in the sheep business.

In Oregon, sheep raising had steadily grown during the last twenty years of the nineteenth century, increasing from a million sheep in 1880 to slightly over three million in 1900. By 1900, Pendleton had become a primary wool market in the western United States. Ten years later, eight eastern Oregon counties accounted for 51 percent of the state’s sheep population. In the early twentieth century, Pendleton, in competition with Shaniko, served as the main rail center for receiving and shipping wool for processing at both eastern and western mills.

In 1894, Pendleton businessmen had financed a scouring mill to clean wool. The mill had opened in 1896, but the plant closed because of the financial panic of 1907. The town’s civic leaders did not want to let the dream of industrial development die, and they searched for financing and new management to reopen the woolen operation. After arduous negotiations, the Bishop family—led by brothers Clarence, Roy, and Chauncey—agreed to take over the idle mill. To achieve the agreement, local merchants and other townspeople—at the Bishops’ demand—had to subscribe to a $30,000 bond issue, which the Bishop family matched. The family also continued to operate the Thomas Kay Mill in Salem.

The Bishops built a three-story concrete factory building in Pendleton, installed machinery from the old mill, and quickly established a successful business by manufacturing and marketing high-quality blankets and robes based on Native American designs. Many of the family’s first Native designs and patterns and the mill’s focus on tribal trade drew on the work of the original Pendleton mill, which had marketed Indian blankets and robes. The earlier Pendleton mill operators had taken pains to weave designs and colors sought by tribes from throughout the American West and had developed an extensive customer base in the process. While continuing to produce blankets and robes, the Bishops expanded their product line in the 1920s to include fine woolen apparel for men. They added women’s apparel after World War II.

Throughout its history, Pendleton Woolen Mills has retained a close association with the City of Pendleton and with people living on the neighboring Umatilla Reservation. In 1910, the Bishop family helped launch the Pendleton Roundup-Up Rodeo, with Roy and Chauncey Bishop serving as directors. The use of Native American patterns established a signature for the company’s products, which used recognizable designs from Plateau cornhusk, hemp, and beaded objects such as diamonds, arrow, quail tops, and eight-point stars, as well as traditional Native color schemes.

During the early years of the company’s operation, the Bishops hired Joe Rawnsley, a talented operator of the Jacquard loom, a mechanical weaving machine. Born in Britain, Rawnsley had learned his trade at the Philadelphia Textile School. He began work at the original Pendleton mill in 1901, where he introduced the Jacquard loom to the mill operations. He spent time with Native people to develop color and design preferences and interpreted them into blankets on Jacquard looms, which made possible the ability to create patterns with greater detail and more vivid color than could be expressed through traditional weaving methods. Over time, the Cayuse, Umatilla, and Walla Walla Tribes of the Umatilla Reservation incorporated Pendleton blankets as gifts into their traditional ceremonies, such as honor dinners, namings, and funerals.

Pendleton Woolen Mills has maintained the quality and craftsmanship of its products by perfecting the manufacturing process in its own facilities. To ensure color fidelity, the company uses a state-of-the-art dye technology that uses computer-controlled systems for water, dyes, heat, and flow pressures. The carding process combs and aligns fibers for spinning, which twists the fiber to make yarn. High-speed looms, some Jacquard looms for more intricate designs, interlace the yarns into woven cloth, which then goes through a fulling process that uses controlled shrinkage to produce a soft, tight fabric. Finishing procedures such as washing, shearing, pressing, napping, and inspection complete the production cycle. The finished fabric is cut and made into either blankets or fashion material, which is sent to garment plants for apparel production. The distinctive blue and gold Pendleton label is sown onto every product.

By its hundredth anniversary in 2009, Pendleton Woolen Mills owned and operated seven manufacturing facilities, managed seventy Pendleton retail stores, and conducted a catalogue and Internet trade. In the twenty-first century, the company is privately held and operated by the sixth generation of the Bishop family. 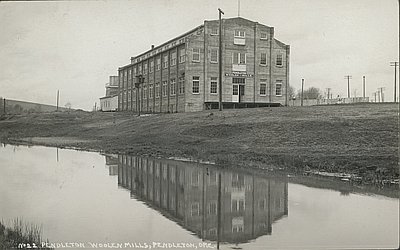 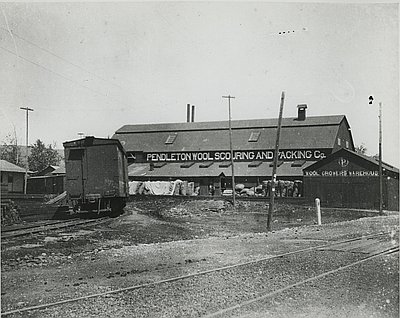 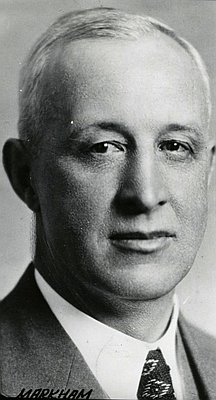 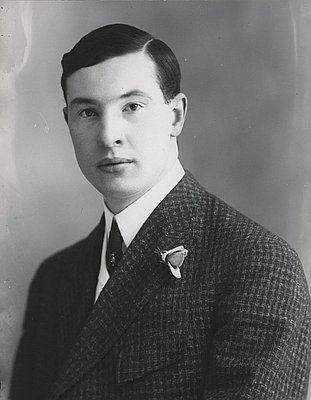 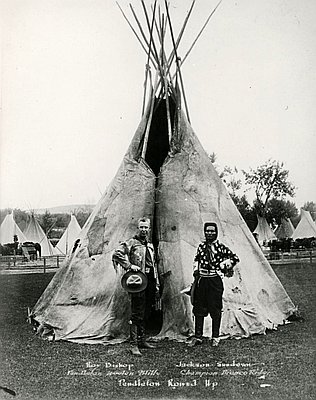 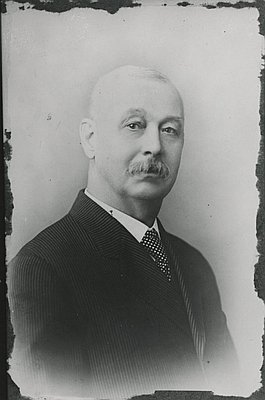 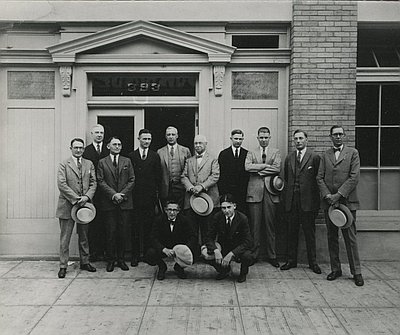 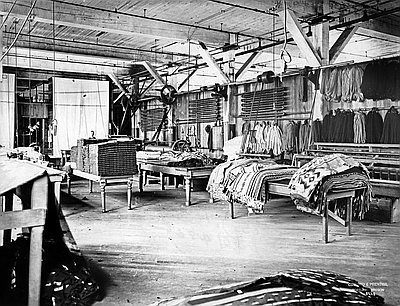 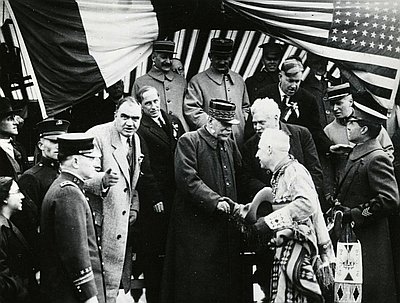 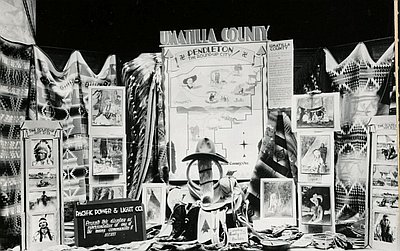 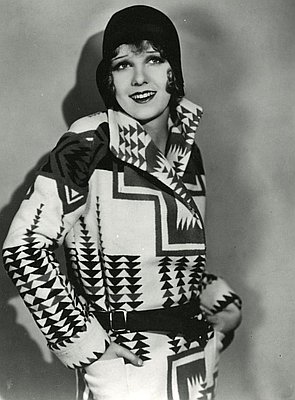 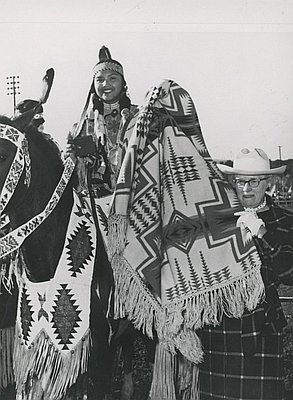 Pendleton, a city of 16,810 in the 2018 census, sits in the foothills of the Blue Mountains. The city center is built on the south bank of the Umatilla River, which runs roughly east and west through town. Pendleton’s motto is “The Real West,” and it prides itself on its …

The Pendleton Round-Up began in September 1910 as a frontier exhibition of horsemanship and cowboy skills that dazzled 10,000 spectators with its sheer speed and colorful variety over the four-day event. Organizers managed to put the first show together in a little more than three months as a community undertaking. …

Thomas Lister Kay, an early Oregon industrialist, built and operated the Thomas Kay Woolen Mill in Salem. The mill was the center of his life, and his colleagues thought him to be the most experienced woolen textile man in the state. With his vision, he employed skilled workers to …