For over a century, Hay Creek Ranch has been one of the largest ranch holdings in Oregon and has played a prominent role in the history of central Oregon. The ranch was established in 1873 by Dr. David Baldwin as the Baldwin Sheep and Land Company. It is located on the west end of Hay Creek Basin, about ten miles east of present-day Madras, over what became known as the Baldwin Hills, and twenty-five miles northwest of Prineville. The Dalles-Prineville freight and stagecoach lines ran through the ranch headquarters until about 1912.

Baldwin successfully bred Merino sheep from stock he had brought from Vermont, and he was one of the first ranchers in Oregon to raise alfalfa for winter feed. In 1883, his health failing, he sold the ranch to three Portland men, Hiram Longcoy and brothers J.P. Van Houten and C.A. Van Houten, who were later joined by C.M. Cartwright and a Welsh aristocrat and Wyoming sheepman John G. "Jack" Edwards. Edwards eventually bought out his partners, and he and his English wife Elizabeth were living on the ranch by 1901.

Surrounded by scores of homesteaders from 1900 to 1920, the ranch served the community by operating a post office, general store, and school, and many struggling neighboring farmers kept going by hiring out as Hay Creek hands. During those years, Edwards rapidly expanded both the size of the ranch (about 30,000 acres) and its sheep-breeding operations, developing a Rambouillet-Merino-Delaine cross, known as Baldwin sheep, which became world famous, with extensive sales to Australia, Europe, Argentina, and Russia. The Baldwin sheep was developed to provide maximum size, meat quality and quantity, and amount and quality of wool.

The growth of the ranch depended not only on Edwards’s aggressive acquisition of adjoining land, often from homesteaders, but also on the unrestricted use of forest lands in the Ochoco and Blue Mountains for summer grazing. When the U.S. Forest Service dramatically curtailed grazing rights in about 1909 for conservation reasons, Edwards sold the ranch and approximately twenty thousand sheep to L.B. Menefee and Henry Pittock of Portland, who continued the ranch’s focus on sheep breeding. In 1922, they sold the ranch to W.O. Sanderson, an English sheepman.

In 1927, under Sanderson, the ranch sold ten thousand purebred Baldwin sheep as breeding stock to the Russian government. With ranch employees Windom Crosswhite, Frank Gill, and Clayton Garrett as drovers for the entire trip, the sheep—perhaps the highest number of sheep exported at one time in U.S. history—left Madras by train and were loaded on a ship in New York harbor. They eventually reached Russia, where most of them were eaten by Russian peasants within a year.

The Depression and a severe drought handicapped the later years of Sanderson's tenure, and in 1937 he sold the ranch to Fred Wickman, a Hawaiian stockbroker who had learned about the ranch from Bill Boeing, the Seattle aviation pioneer. Wickman sold off the sheep and decided to raise cattle and plant dryland wheat. During World War II, he expanded an existing irrigation system by constructing the Little Willow Creek Reservoir, which impounded creek water and run-off to irrigate alfalfa fields in Hay Creek Basin. After Wickman sold the ranch (for the second time in two years) in 1956, it entered into a period of rapid turnover of mostly unsuccessful owners and substantial decline.

A bright interval in those hard times was the occupancy of the ranch by an energetic young Portland couple, Macy and Pat Wall, who introduced polo to the ranch and memorably took the Hay Creek Polo Team to matches around the Northwest. After the Walls sold the ranch in the early 1970s, the revolving-door ownership continued, until it was purchased in the 1990s by Gordon Clark, a California manufacturer of surfboard components.

When Clark took over the ranch, he consulted with neighboring ranchers and implemented both historical ranching practices and new approaches. He brought Hay Creek Ranch into productivity for the first time in decades. Among his innovations were a systematic resurvey of property lines and rebuilding of fences, the reintroduction of Rambouillet sheep, the employment of expert Peruvian drovers, the conversion of alfalfa into "tube" silage, and the installation of automatic hydraulics in the irrigation system.

A number of central and eastern Oregon's biggest ranches have failed over the last several decades, notably the Muddy Ranch; others are struggling. But under its current owner, Hay Creek Ranch looks like a good bet to carry on. 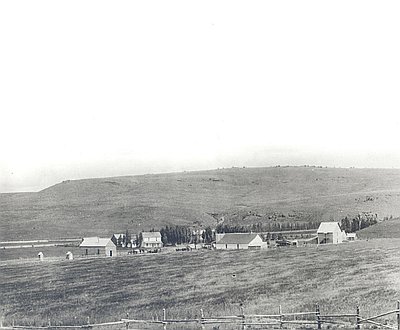 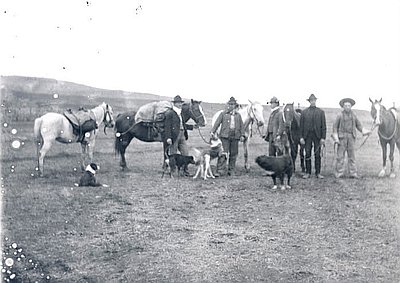 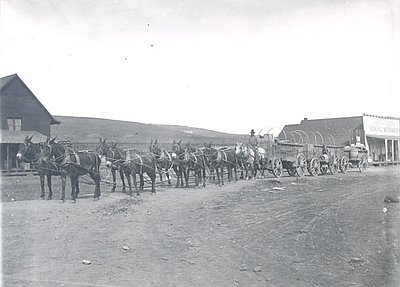 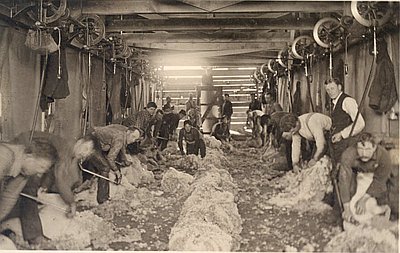 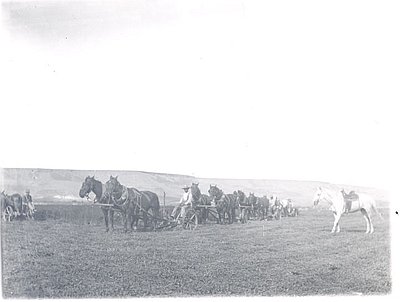 The Willow Creek basin that cradles Madras held four homesteads in 1902 when John Palmehn platted the town. It was initially called Palmain, an Americanized version of Palmehn, but the U.S. Postal Department denied that moniker, noting it too closely resembled Palmer, a community that has long since vanished. Debate continues …