William Hanley, who was known as the Sage of Harney Valley, was born on February 8, 1861, in Jacksonville, Oregon, then called the Rogue River country. At the age of seventeen, he left his Rogue River home with his brother Ed and a small herd of cattle and headed for the Harney Valley in southeastern Oregon. He settled south of Burns and went on to become one of the most influential men in the region, spurring economic development and establishing important transportation networks.

Not much for formal schooling, Hanley quit school when he was about ten. He later remembered when a teacher told the class the story of Noah and the ark: “I was just a little boy, but I knew stock. That brought about my final decision that I was done. If that was all the teachers knew about stock, then school wasn’t worth my time.”

Hanley ran unsuccessfully for governor and for the U.S. Senate in 1914 on Theodore Roosevelt's Bull Moose ticket. But he never lost sight of his roots. “I had learned we must all just be cattle together," he wrote, "and not some of us lord it over the others."

Hanley married Clara Cameron, a neighbor from Jacksonville, on July 6, 1892. They owned and ranched the Bell A in Harney Valley, where the view extended fifty miles in all directions across sageland, pasture, lakes, and rimrock. In 1903 they added to their holdings and bought the 16,000-acre OO Ranch for six dollars an acre.

Hanley protected the abundant wildlife on his ranches, ranging from deer and antelope to coyotes, eagles, and migrating waterfowl. He was an advocate for wildlife conservation. After his death in 1935, Clara Hanley sold 14,741 acres of the OO Ranch to the federal government for expansion of the Malheur National Wildlife Refuge.

In addition to ranching, Hanley was a leader in the construction of two important highways—the Bend to Burns road (Route 20) and the Three Flags Highway (Mexico-U.S.-Canada or Route 395). In 1931, Governor Julius Meier appointed him to the Oregon Highway Commission. As a land developer and speculator, Hanley initially encouraged more settlement of the Harney Valley but later believed that the government’s policy of encouraging small homesteads in the arid region was folly.

Hanley also helped bring rail transportation to the region. Through James J. Hill, Hanley was instrumental in bringing an expensive short railroad offshoot from the Columbia along the Deschutes River to Bend in central Oregon.

After a long illness, Bill Hanley died on September 15, 1935, in Pendleton, a day after attending Hanley Day at the Pendleton Roundup. At his funeral in Burns, Oregon Journal editor B.F. Irvine said: “Too bad the whole world could not have known him.” 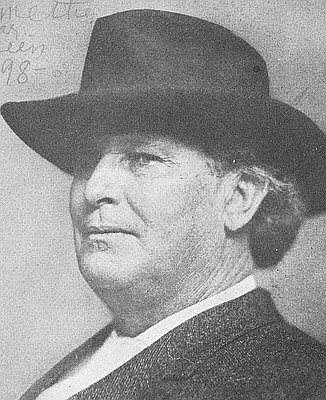 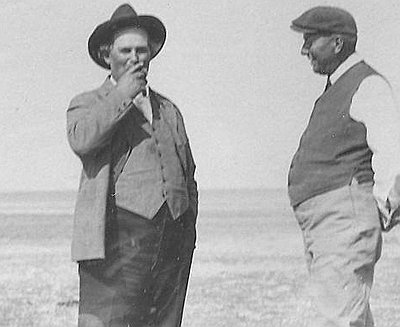 Frenchglen is a small desert community sixty miles south of Burns whose population varies from twelve to fifteen permanent residents. In this small town on OR 205 is the Frenchglen Hotel, a hostelry built in 1924 and expanded in 1938. It replaced an earlier hotel at what was originally called the …