First elected to the U.S. House of Representatives in 1992, Elizabeth Furse represented Oregon’s First Congressional District from 1993 through 1999. She took progressive positions on many issues, including the rights of women and Native Americans, nuclear nonproliferation, and health care. By expanding the definition of “security” to include protecting women from domestic abuse and safeguarding the well-being of children, she sponsored a variety of legislation that reallocated federal spending from military investments to domestic initiatives. She was the first woman to be elected to Oregon’s First District and the first African-born person to win a seat in the U.S. House of Representatives.

Furse was born a British subject in Nairobi, Kenya, on October 13, 1936, the youngest of six sisters. Her father Peter was a lieutenant in the British Navy, and her mother Barbara helped launch an anti-apartheid women's group called the Black Sash. Her paternal grandmother, Dame Katherine Furse, was commandant of the British Red Cross Voluntary Aid Detachment and the first director of the Women's Royal Naval Service. The family moved to Cape Town, South Africa, in 1938 when the British Navy repositioned officers for World War II. Not long after, under her mother’s tutelage, Furse participated in Black Sash activities, through which she came to believe that government could threaten as well as protect basic rights. She joined in her first anti-apartheid march at the age of fifteen.

Furse moved to London in 1955 to pursue higher education. She married Richard Briggs, an American doctor, and the couple moved to Los Angeles. They had two children, Amanda and John. In California, Furse supported the United Farm Workers under Cesar Chavez and advocated for support for low-income women in the Watts community. She became a naturalized U.S. citizen in 1972, in part so she could vote for presidential candidate George McGovern.

After the family moved to Olympia, Washington, Furse attended Evergreen State College, earning a bachelor’s degree in education in 1974. She met and worked with Billy Frank Jr., a Nisqually fisherman and later chair of the Northwest Indian Fisheries Commission, to defend Native American treaty-protected fishing rights. Native rights would become an important part of her future work.

After a move to Portland in 1978, Furse enrolled at the Northwestern School of Law (now Lewis & Clark Law School). She left the school after two years to lead the Oregon Legal Services restoration program for tribes. Through her work with OLS, she helped the Coquille Tribe, the Confederated Tribes of Grand Ronde, and the Klamath Tribe achieve the restoration of their federal status. In 1984, together with Robert Gould, she created the Oregon Peace Institute, which advocated for marginalized communities and the peaceful resolution of conflicts. She was the OPI's director from 1986 to 1991.

In the late 1980s, following a divorce from Dr. Briggs, Furse partnered with her second husband John Platt to start Helvetia Winery. Platt, a lawyer and advocate for Native fishing rights, encouraged her to enter electoral politics in 1992, with what many deemed an unlikely bid for Congress. Furse won the Democratic primary, beating Gary Conkling, an aide to the retiring incumbent congressman, Les AuCoin, and then the general election against Republican Tony Meeker, the Oregon state treasurer.

Furse used her position on the Armed Services Committee, the Committee on Merchant Marine and Fisheries, and the Committee on Banking, Finance, and Urban Affairs to support progressive policies on nonproliferation, women’s reproductive rights, and early childhood issues. She cosponsored an amendment to the 1994 Defense Authorization Act, which she said “killed an entire generation of nuclear weapons,” and partnered with members of the Congressional Women's Caucus to expand lightrail in Portland and fund diabetes research, a disease that afflicted her daughter.

Furse won re-election in 1994 against State Representative Bill Witt by less than one percent; two years later, when she again ran against Witt, she won by a margin of seven percent. A supporter of term limits, Furse chose not to run for a fourth term in 2000.

In 1997, Furse created the nonprofit Clean Water Columbia to improve the river's water quality, and on Earth Day 2000 she announced the formation of Columbia Riverkeeper, which she created with Greg and Cyndy DeBruler. She launched the Institute for Tribal Government at Portland State University in 1998 and, after leaving the House, became its director. In 2014, she ran for a seat on the Washington County Commission on a platform that stressed protecting the environment. She lost the election to incumbent Bob Terry.

Furse maintains her interest in animal rights as a board member of the Pixie Project, an organization that promotes animal protection initiatives. Her marriage to John Platt has ended, but their partnership in Helvetia Winery continues. The Friends Committee on National Legislation honored Furse in 1993 with the inaugural Edward F. Snyder Award for National Legislative Leadership in Advancing Disarmament and Building Peace. She also received the TWANAT Award from the Warm Springs Museum in 2010 and the Columbia River Lifetime Achievement Award from Columbia Riverkeeper in 2015. Her opinion columns have appeared in The American West at Risk and the Daily Astorian. 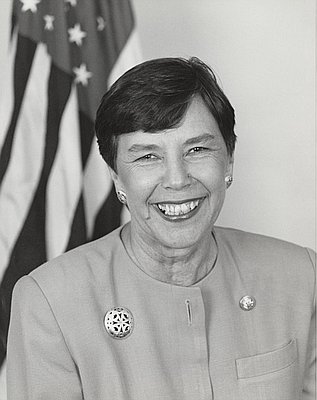 In 1968, voters in Eugene overwhelmingly approved a bond issue …