These four sovereign governments established CRITFC in 1977 to help protect the tribes’ treaty-guaranteed fishing rights and their management authority in traditional fishing locations. In 1855 treaties with the United States, the tribes reserved the right to fish at “all usual and accustomed places,” the majority of them in the Columbia River Basin, in exchange for the cession of millions of acres of tribal lands.

Throughout much of the twentieth century, these and other Pacific Northwest tribes and their members found litigation necessary to defend the fishing rights reserved in treaties. In several cases, the federal courts, including the U.S. Supreme Court, upheld tribal reserved fishing rights. The most important cases for the four Columbia River tribes were U.S. district court decisions in Sohappy v. Smith/U.S. v. Oregon (1969) and U.S. v. Washington (1974).

In the years following these cases, state and federal regulations prevented tribal members from catching their fair share of the harvestable salmon. At the same time, government efforts to protect salmon and salmon habitat were proving to be notably unsuccessful. In part, the genesis of the Columbia River Inter-Tribal Fish Commission has its roots in these failures.

CRITFC's other roots are in the tribes’ traditions of resource management. The best known example is the old Celilo Fish Committee, which exercised its authority in the vicinity of Celilo Falls, a productive ancient fishing place on the Columbia River, drowned by The Dalles Dam in 1957.

Today, each tribe's fish and wildlife committee is part of the Commission, CRITFC’s decision-making body. The Commission operates by consensus, with each member-tribe having a single vote. The preamble to CRITFC’s constitution and by-laws states: “by unity of action we can best accomplish these things, not only for the benefit of our own people but for all of the people of the Northwest.”

As co-managers of the Columbia River, the four tribes and the states of Oregon, Washington, and Idaho have responsibilities for habitat, harvest, and hatchery decisions. The four tribes have charged CRITFC with helping them restore Columbia River Basin salmon and its habitat and secure the fishing rights of current and future tribal members who continue, as their ancestors did, to fish for spiritual and physical sustenance as well as commercial livelihood.

In 2000, CRITFC was honored with the American Fisheries Society’s President’s Conservation Award for demonstrated commitment to conservation and innovation. Two years later, CRITFC’s executive director won a Ford Foundation/Advocacy Institute “Leadership for a Changing World” Award for promoting positive community change. Then Executive Director Donald Sampson received a grant of $100,000 to support tribal youth internships in natural resources and $30,000 for other CRITFC activities. Also in 2002, the Harvard Project on American Indian Economic Development honored the Yakama, Umatilla, Nez Perce, and Warm Springs tribes with $10,000 to spread the story of their successful cooperative organization, the Columbia River Inter-Tribal Fish Commission. 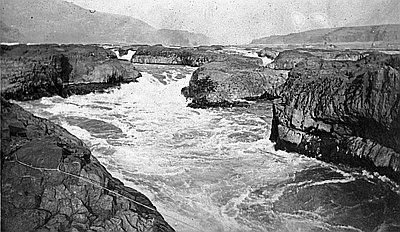 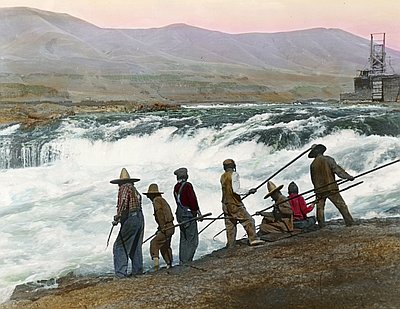 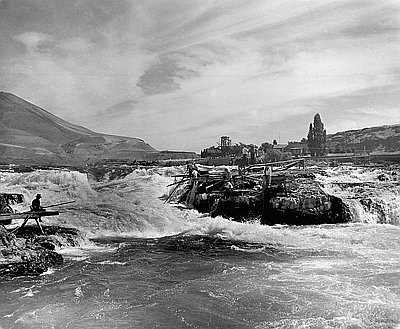