Evelyn Crowell was the first professional Black librarian in the City of Portland. A community-based activist, she was a promoter of African American culture and history and an energetic motivator, especially for Black students.

Evelyn I. Crowell was born in Saginaw, Michigan, on March 17, 1936. Her parents, Cedric Crowell Sr. and Elva Tucker–Crowell, divorced, and she and her older brother Cedric Jr. moved to Portland in 1942, where their father, grandfather Albert Sr., and uncle Albert Jr. had secured jobs in the shipyards. The family lived in North Portland, and Evelyn Crowell attended Boise Elementary School, where she was labeled a high-grade moron, an offensive designation that motivated her to excel academically. She enrolled in Girls Polytechnic High School (later Monroe High School) and graduated when she was sixteen. Her father died in 1948, and she was raised by her uncle.

Crowell enrolled in Portland State College (now Portland State University), the first in her family to attend college. She paid for her tuition by winning two annual scholarships from the Women’s Christian Service of the Methodist Church. She was also assisted by her uncle and other family members. She was part of Portland State College’s first four-year graduating class in 1959, when she received a bachelor’s degree in home economics. Her plan was to become a teacher.

Instead, Evie Crowell enrolled in the library science program at the University of Washington in Seattle. She earned a master’s degree in 1960 and was hired as a librarian at Jefferson High School in North Portland. The next year, she accepted a position as a librarian at Fisk University in Tennessee. At the end of that academic year she returned to Portland and began working for the Multnomah County Library system and wrote articles and brief reviews of travel books for the Portland Oregonian. She was a librarian at Linfield College (now University) beginning in 1964, serving as the college’s first Black faculty member, but remained in Portland to be near family, commuting daily to McMinnville. In 1970, Crowell returned to Jefferson High School for two years before taking two positions, as associate professor in the Black Studies Department and as librarian at Portland State University. She retired in 2002, but her activism continued.

Evie Crowell was a pioneering woman. She was the first Black president of the Portland chapter of the Young Women’s Christian Association, and in 1970 she became the first single Black woman in Oregon to adopt children. Following her example of academic success, both of her children completed their college educations. Dedicated to empowering and uplifting women, Crowell was a proponent of the 1972 Equal Rights Amendment, gave numerous speeches, and served on several panels on the topic of encouraging and empowering women. In 1973, she published an article on three influential Black women titled “Twentieth Century Black Women in Oregon” in the Northwest Journal of African and Black American Studies.

From the days of her youth, Evie Crowell exhibited a passion for education, which is reflected in her contributions to St. Andrew Catholic School and the college scholarships she established: the Evelyn I. Crowell Endowed Opera Scholarship, the Evelyn I. Crowell Endowed Theater and Film Scholarship, and the Albert Crowell, Jr. Memorial Scholarship at Portland State University; the Evelyn Crowell Scholarship through the Portland Community College Foundation; and the Evelyn Crowell Endowed Scholarship at the University of Portland. She was appointed to the board of Portland Public Schools, was a member of the Oregon State Library Board of Trustees, and sat on the boards of the Oregon Symphony and Portland Center Stage. She was also an unsuccessful candidate for the Oregon House of Representatives in 1977. Her public service included serving on the boards of the Northwest Oregon Health Systems and The Links, a national civic-minded organization of professional women of color. She raised two children, Russell and Kymberlee.

Crowell was a member of Delta Sigma Theta sorority for five decades, and her life embodied its principles of scholarship, public service, and sisterhood. She also helped start the June Key Delta Community Center, an educational center and meeting facility in the Piedmont neighborhood. Her efforts are recognized by the Evelyn Crowell Center for African American History in the lobby of the Cascade Campus Library at Portland Community College. 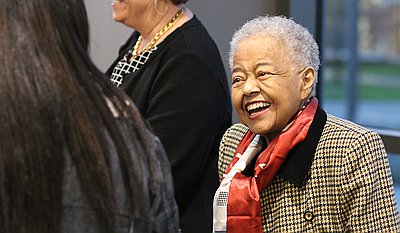 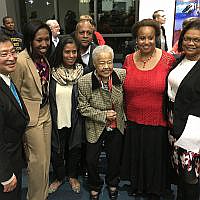 Beatrice Morrow Cannady was the most noted civil rights activist in early twentieth-century Oregon. Using her position as editor of the Advocate, Oregon's largest, and at times the only, African American newspaper, Cannady launched numerous efforts to defend the civil rights of the approximately 2,500 African Americans in the …

Linfield University received its charter from the Oregon Territorial Legislature on January 30, 1858, as the Baptist College of McMinnville. The institution’s heritage lies with the northern Baptists, spiritual descendants of Roger Williams of Rhode Island, for whom freedom of conscience was paramount.

The first decades of the institution were …

Portland Community College (PCC) is the largest institution of higher education in Oregon. Serving the Portland area since 1961 as an adult education extension of Portland Public Schools, PCC’s service area and offerings expanded over the next ten years to become a full-service community college in 1971. In 2008-2009, PCC …