Betty Chilstrom was an Oregon painter who used a distinctive impressionistic style to document buildings and scenes in the downtown and southeast neighborhoods of Portland through the second half of the twentieth century. She captured the character and architecture of many buildings and houses that no longer exist. “There were not so many trees downtown when I was painting,” Chilstrom said. “The transit mall wasn’t there....I could park and paint. Now you can’t even take photographs because of the trees.” Her pastel color palette and loosely painted style capture an often forgotten past.

Betty Anderson was born in Kane, Wyoming, on May 23, 1924. Her mother, a single parent and itinerant preacher, traveled to find work, often as a cook in logging camps and on farms where her two daughters picked fruit and labored in packing houses. The family had settled in Portland as Betty reached her teens. She graduated from high school and landed a job in the shipyards in 1943. By the time she was twenty, she had saved enough money for a down payment on a house in the Buckman neighborhood, across from Colonel Summers Park, where she would live and work for the rest of her life. In 1946, she married Leland Chilstrom, who was a radar technician for the U.S. Navy during the atom bomb testing at Bikini Atoll.

Betty Chilstrom considered herself a self-taught artist, even though she attended night classes at the Museum Art School in Portland. Drawing and painting had been her passion from a young age, and she began her career painting portraits of children and flowers. While painting portraits at the Rose Festival one year, she was invited to teach classes at Mt. Hood Community College, which she did until she discovered that too much paperwork was required. She also painted landscapes and still lifes and worked as a courtroom sketch artist. But it was buildings that occupied her life for more than three decades.

Her husband Lee, then a railroad dispatcher for the Spokane, Portland & Seattle Railway (later the Burlington Northern), designed an easel for Chilstrom that she attached to her car’s steering wheel. After she drove him to work, she was free to drive through the city’s neighborhood and downtown. When something caught her eye, she stopped the car, an old Ford LTD, and with her handy “front seat studio” completed hundreds of eight-by-ten-inch canvas boards. She wanted to paint without passersby stopping to look or make comments, and her parked car offered a small, private studio where she could paint at her leisure.

Though Chilstrom worked in several media—including pastel, conte crayon, ink, pencil, and watercolor—she favored oils, which she believed were not as sensitive to light as watercolor and made it easier to frame her work. Her paintings were shown at exhibits at the Portland Art Museum in 1948, the Bush House Museum (now the Bush Barn Art Center) in Salem in 1958, the Oregon Society of Artists in Portland in 1959, and Portland City Hall in 1979. In 1999, the Oregon Historical Society opened a one-person show, Betty Chilstrom Paints the Town. Most recently, Through Her Eyes, an exhibit curated by her daughter Robin Chilstrom, was at the Cerimon House in northeast Portland.

Arthritis eventually forced Chilstrom to give up painting, but she continued to sketch and to catalog her hundreds of paintings. She died at age ninety in Portland on July 26, 2014. 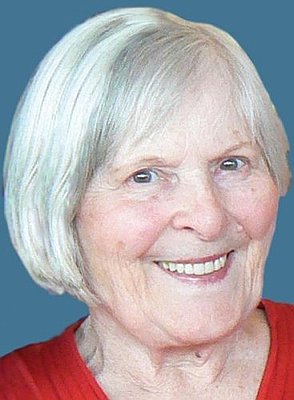 Oregon artist and writer Betty LaDuke has gained an international reputation for her murals, paintings, and sketches. Her work tends to express socialist progress and life’s continuity, from images of America’s civil rights struggles, such as Play Free (1968), to women’s struggles for survival in war-ridden, spoiled lands, such as …

Carrie Sweetser was a watercolorist, a life-long diarist, and her botanist husband's devoted travel companion. She was married for fifty-two years to Albert Raddin Sweetser (1861-1940), professor of botany and founder of the University of Oregon Herbarium in Eugene. Her surviving paintings, photographs, and diaries provide a vivid picture of …

In 1971, the Oregon legislature named Eliza Rosanna Lamb Barchus "The Oregon Artist." The tribute marked fifty years of Barchus’s work, paintings of western mountains and water features that spread a romantic ideal of the West to the rest of the country.

Barchus was born in Salt Lake City, Utah, in …

Founded in 1926 by fifteen artists, including sculptors and architects, the Society of Oregon Artists included many art educators from the Portland Art Museum and the University of Oregon. The first exhibition in 1927 displayed the work of sixty-six artists. In 1929, the group incorporated as the Oregon Society of …