From 1905 until the late 1940s, Brooten Baths was a major economic enterprise in an otherwise sparsely settled region of Tillamook County, drawing patients from across the country and other parts of the world. The health spa near Pacific City on the north Oregon Coast based its cures on kelp ore, a substance discovered and named by the founder, Hans Brooten.

Brooten was born in Kongsberg, Norway, in 1861. When he was fourteen, his family immigrated to the United States and settled on a farm in Minnesota. He married Isabel Thorsen in 1881 and eventually homesteaded in the Souris (Mouse) River area in North Dakota, where five of their children were born and where Brooten raised sheep and cattle.

It was at the Souris River homestead that Brooten first had a dream that haunted him. As an August 8, 1926 Oregon Statesman article described it, “While he lived at Mouse River, a strange dream came to him. One night he found himself standing in front of a great arch…[leading to a] tree-bordered canyon above him…[T]he walls suddenly began to move, they were alive with people, all converging toward him…some could scarcely stand. At last he understood their garbled pleas. They were all begging for help.”

The dream returned often to Brooten, so often that he sought advice from “a famous fortune-teller,” as the Statesman article described her. She told him he would locate a mine, though not of gold or silver. The dream became so insistent that Brooten decided to move his family farther west, hoping that might lessen the torment of it. The Brootens moved to Oregon in 1899, settling on 160 acres near Pacific City, in the area now called Brooten Mountain. It included a timbered canyon similar to the one Brooten had seen in his dream.

Brooten worked as a commercial fisherman and dairy farmer, and he also searched his property for a mine and a substance that he believed would heal people. In 1904, he came across a soft, elastic material in a substrate of blue-shell shale. He sent the material to be tested by assayers at Willamette University in Salem, Charlton Laboratories in Portland, and the Pittsburg Testing Laboratory in California. The labs reported that the substance included potash, iodine, and the fossil remains of microorganisms and that the principal ingredient was mineralized kelp from ancient sea forests.

Believing that kelp ore, as he called it, had curative properties, Brooten began to experiment. He made a concentrated solution of the ore for liniments, then a mixture for livestock feed and a tincture for bathwater. After determining that kelp ore worked best if it was exposed to the air, he only used it after it had been in the sun for five years. He built his first bathhouse in 1905, where he offered steam baths, a mixture of kelp ore and water, and kelp ore-treated bandages. H.H. Brooten’s Kelp Ore was sold, in both hard and powdered form, through drugstores, and shipped to entrepreneurs in other states for poultices, mud and stream baths, and drinking water.

Stories of cures spread in the region, including reports that an elderly woman with crippled legs had been able to walk without assistance after Brooten’s “ore bath.” As the fame of kelp ore grew through the 1920s, the Statesman published testimonials from Brooten’s patients, who claimed cures from heart disease, consumption, neuralgia, rheumatism, diabetes, infections, eczema, and bronchitis. In 1926, he described kelp ore as having “magnetic powers” that “assists to control vibration.”

By then, the Brooten facilities had expanded to include a central bathhouse with fifty-four tubs, a steam-heating plant, cottages for patients, a commissary, a second bathhouse, a clubhouse, and a hotel that was a combination hospital and a sanatorium. The plank road he had built to the resort was not large enough to accommodate the traffic. Brooten told the Statesman he had invested $150,000 in Brooten Baths and was planning to build another forty baths there. The staff included a medical doctor and several assistants. In June 1927, the doctor in charge of the new sanitarium was John Leonard George, a 1907 graduate of Willamette University’s medical school. A year later, the Statesman reported that the “Brooten interests” were opening a $250,000 spa in Vancouver, B.C., and that there were plans to build a spa in Salem.

The spa appeared to have a prosperous future, and Brooten built a six-bedroom house on the mountain. Pacific City also benefited, as patients and their families often stayed there. But the boom did not last. Other resorts, including the Kiawanda Sanatorium in nearby Woods, competed with Brooten Baths through the 1920s, and the spa suffered from expensive legal challenges.

By 1926, Brooten’s exclusive kelp ore name was in jeopardy. “Beware of imitation Kelp Ore! There is fake ore on the market,” he warned in a 1926 news article. He received a trademark for “kelp ore” in 1925, but lost a case against Oregon Kelp Ore Products in 1928 when the Ninth Circuit Court of Appeals held that “kelp ore” was a generic term. In 1929, he lost a case in the Oregon Supreme Court, Kelp Ore Remedies Corp. v. Brooten, in which he sought to break a contract with a commercial buyer.

There were also reports that Brooten had trouble with the Oregon Medical Association over claims for kelp ore, and Brooten’s granddaughter Dorothy Brooten Maher later remembered that in 1932 “the Federal Trade Commission finally stepped in and ordered [Brooten] to cease and desist sending any literature about the merits of Kelpor outside Oregon.” The FTC in the 1920s and 1930s increased investigations and prosecutions of popular medical claims and cure-alls. After evaluating kelp ore in its own labs, the agency issued an order prohibiting Brooten from advertising kelp ore as a curative for diseases.

The economic pressures of the Depression slowed the flow of patients, but Brooten continued to treat people until shortly before his death on July 19, 1933. Family members operated the resort until it closed in the 1940s. While the Brooten Baths is gone, the Brooten family home has been restored and is a private residence. 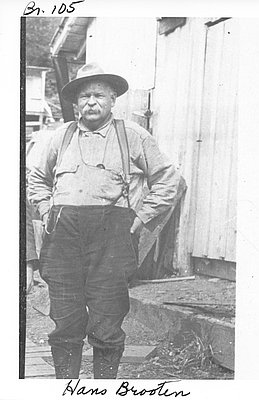 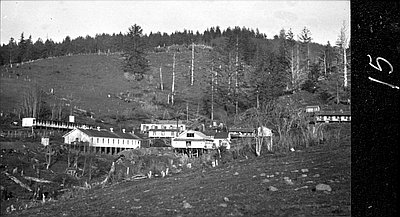 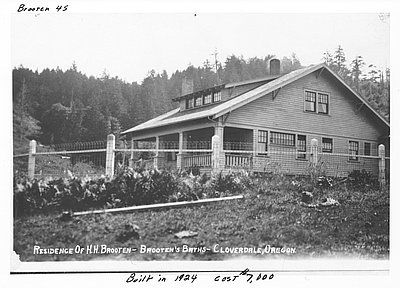 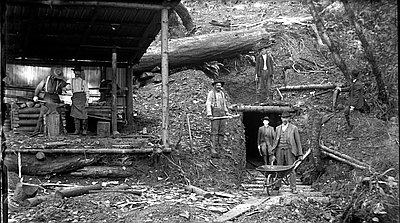 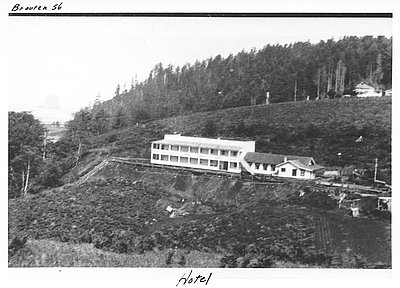 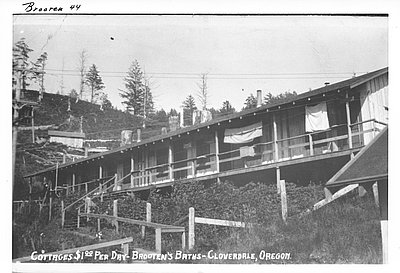 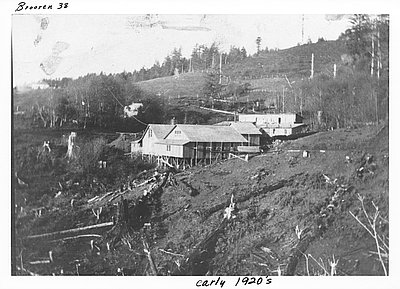 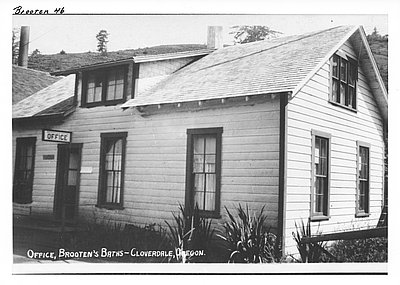 No Oregon ghost town had a more audacious beginning than Bayocean, "the Atlantic City of the West." The development was the dream of Thomas Benton Potter and his son Thomas Irving Potter, well-established real-estate promoters with offices in Portland, San Jose, San Francisco, and Kansas City. They began the construction …

Nestled in the northern tip of the Willamette National Forest, about sixty miles east of Salem, Breitenbush Hot Springs is one of the oldest recreational areas in Oregon. At an elevation of 2,225 feet, over thirty ancient geothermal springs, rich with minerals and temperatures ranging from 68 to 198 degrees …

Buckhorn Mineral Springs is on Emigrant Creek, about eleven miles southeast of Ashland in the Cascade-Siskiyou National Monument, located in a part of Oregon where the ancient Siskiyou Mountains adjoin the recent volcanism of the Cascade Range. One of a number of mineralized hot and cold springs in the region, …

Tillamook, the county seat of Tillamook County and its largest city, is located near the southeast end of Tillamook Bay, seventy-three miles west of Portland. The growth of Tillamook illustrates the development of the northwest corner of the state as a dairyland region during the late nineteenth and early …