Buckhorn Mineral Springs is on Emigrant Creek, about eleven miles southeast of Ashland in the Cascade-Siskiyou National Monument, located in a part of Oregon where the ancient Siskiyou Mountains adjoin the recent volcanism of the Cascade Range. One of a number of mineralized hot and cold springs in the region, Buckhorn Springs is distinguished for its cold soda water, which has a high content of dissolved carbon dioxide.

The unusual springs were not developed until after 1890, when James C. Tolman (1813-1902) acquired the property. Tolman, a prominent political figure who had been Oregon surveyor general, owned a nearby ranch. In the 1890s, probably inspired by the success of Wagner’s Soda Springs—a springs with similar properties located just two miles to the northwest on Emigrant Creek—Tolman built a small hotel near what he named Tolman Springs.

C.B. Watson, the author of Prehistoric Siskiyou Island and Marble Halls of Oregon (1909), was an early promoter of the assets of the region’s mineral springs. He claimed that Tolman Springs had been used by Native people who had treated rheumatism and “other afflictions” by the careful use of the emanations of carbon dioxide gas. After Tolman’s death, Watson wrote, “the place has gone into decay, not however, until quite a reputation was acquired for the springs.”

M.G. and Lois Lawrence bought the property from the Tolman heirs in 1912, operating it as a seasonal hunting retreat named Buckhorn Lodge. But the Lawrences had larger ambitions, and in the summer of 1912 they announced plans for a 218-room sanitarium. While that development was never realized, the lodge did benefit from tourism to the area. In 1914, for example, the Southern Pacific Company encouraged its customers to visit southern Oregon’s hot springs, including Tolman Springs, where “there are mud baths, vapor baths, hot and cold mineral baths, an excellent hotel, fine fishing, beautiful scenery and mountain air.”

After 1919, the Buckhorn property was owned by Lillian Gearing, who operated it as a low-key place for visitors to picnic and “make soda pop from the mineral water.” In 1936, the Buckhorn Mineral Springs Corporation bought the springs and refurbished the lodge, added cabins, constructed a “vapor bath house,” and added mineral water mud baths to the menu of treatments. Manager Amelia Toft hosted Saturday night dances that attracted a local crowd.

The entertainment vanished in 1942 when an unlicensed but "Vienna-trained physician" Herman Wexler took over the management, offering clients a regimen of "vitalization." The business gradually declined, and Buckhorn became a private residence after Wexler’s death in 1962.

Bruce and Leslie Sargent purchased the property in 1987. They did restoration work on several buildings, including the vapor bathhouse, and operated an inn for ten years. They opened the Buckhorn Springs Retreat Center in 1998. Buckhorn Mineral Springs Resort was listed on the National Register of Historic Places in 1989. 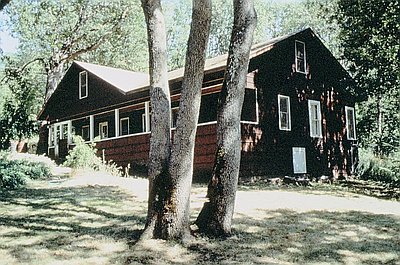 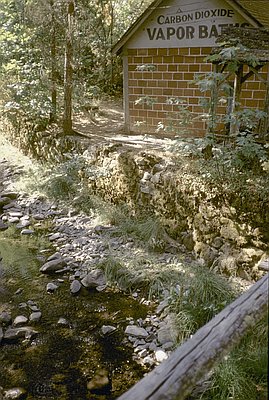 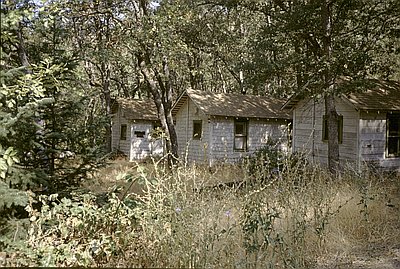 Bagby Hot Springs is located in the Mount Hood National Forest about seventy miles southeast of Portland. The springs, whose hot mineral water Indians may have used as a curative, were named in 1881 by Robert W. Bagby, a prospector and miner who lived near Molalla. According to some accounts, Bagby …

Nestled in the northern tip of the Willamette National Forest, about sixty miles east of Salem, Breitenbush Hot Springs is one of the oldest recreational areas in Oregon. At an elevation of 2,225 feet, over thirty ancient geothermal springs, rich with minerals and temperatures ranging from 68 to 198 degrees …