Nestled in the northern tip of the Willamette National Forest, about sixty miles east of Salem, Breitenbush Hot Springs is one of the oldest recreational areas in Oregon. At an elevation of 2,225 feet, over thirty ancient geothermal springs, rich with minerals and temperatures ranging from 68 to 198 degrees Fahrenheit, bubble up from pools near the edge of the Breitenbush River, a tributary of the North Santiam. For hundreds of years, Kalapuya, Wasco, and Molalla people used the springs for medicinal and spiritual purposes.

John Minto, a Willamette Valley farmer and statesman who was pioneering a route over the Cascades in 1873, recalled in a 1903 reminiscence that he, Henry States, and Frank Cooper named the river and the hot springs after an encounter with a one-armed hunter they identified as John Breitenbush, who was camped near the springs. In 1938, Frederick Breitenbusher claimed the hunter was his father, pioneer Lewis Breitenbusher. The shorter name for the springs has remained constant since 1873.

Over the decades, a succession of owners promoted the health benefits of the thermal waters at Breitenbush Hot Springs. In 1862, John Hollingsworth guided people to a camp at the springs by mule train. Fifteen years later, Claude and Hattie Mansfield homesteaded a quarter section of the upper Breitenbush River, which included most of the springs. When their son Lorenzo contracted polio, he spent much of his childhood soaking in a mineral pool that his father built for him in hopes it would cure him. In 1904, President Teddy Roosevelt granted a homestead patent to Claude Mansfield for the upper springs; the lower springs remained part of the Cascade Forest Reserve—and in 1933 part of the Willamette National Forest—under the management of the Forest Service.

Mark and Ada Skiff arranged with the Forest Service in 1907 to acquire water rights to the lower three springs. They built cabins and opened a resort known as Skiff’s Camp, which became a popular summer resort by the 1930s. Following a flood and fire, the Lower Hot Springs became accessible only by a trail or by fording the Breitenbush River.

Hattie and Fred Bruckman purchased the Upper Hot Springs in 1904; Hattie remained there for nearly fifty years. Their son, Merle Bruckman, built and managed the Breitenbush Lodge beginning in 1927. During that time, the camp supported a post office, gas station, and dance pavilion. Visitors traveled long distances to breathe the vapors from the dissolved minerals and the calcium, potassium, sodium, and magnesium in the springs. When Merle Bruckman retired in the mid-1950s, the resort fell into disrepair. It changed hands several times and finally was abandoned.

In 1977, Alex Beamer bought the Upper Springs and began restoration efforts that included creating the Breitenbush Community, comprised of year-round residents focused on preserving the natural landscape. The residents actively protested the Detroit Ranger District logging plan on Forest Service land, a conflict that continued for over a decade. In 1981, the Community opened the newly restored facilities to paying guests. The Breitenbush Community purchased the land from Beamer in 1985 and eventually formed the Breitenbush Hot Springs Resort and Conference Center. Logging in the area has slowed, and twenty miles of historic trails have been reclaimed for recreational use; over 12,000 visitors use the trails each year. The Forest Service continues to manage the Lower Hot Springs, which is open to campers and hikers.

The geothermal water at the springs has been harnessed to heat and produce electricity for several buildings along the Upper Hot Springs, including the Community fire station. The retreat offers lodging, spa treatments, yoga, meditation classes, and workshops. 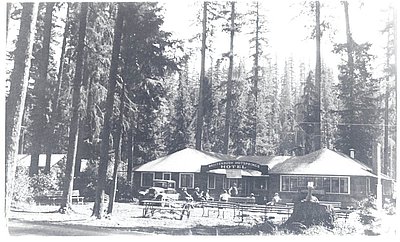 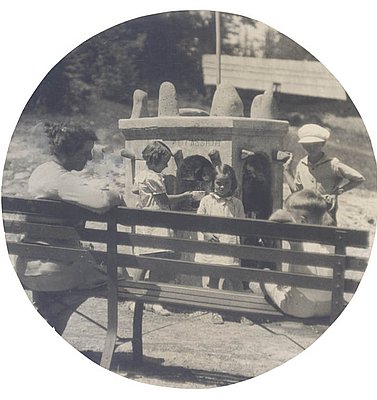 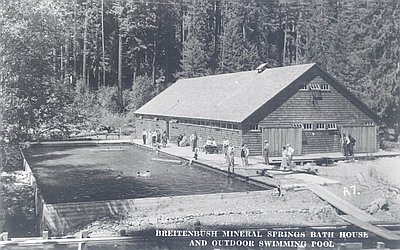 Fifty-one miles east of Salem on Oregon State Highway 22, Detroit sits alongside Detroit Lake, one mile north of the town’s original location on the North Santiam River. Detroit had its beginnings in 1889 as a work camp for the Oregon Pacific Railroad, but the 1890 bankruptcy of the company …

John Minto described his sudden decision in 1844 to strike out for Oregon as a “species of madness,” an impetuous act that included little reflection and no timidity. He joined the R.W. Morrison family wagon group as a contract laborer, with an unbounded commitment to the cross-country trek and what …