The name Kalapuya (kǎlə poo´ yu), also appearing in the modern geographic spellings Calapooia (for a river in Linn Country) and Calapooya (for a mountain range and creek in Douglas County), goes back to a term of uncertain origin and significance. It was applied by Chinookans of the lower Columbia River to speakers of the three Indigenous languages that are today termed Kalapuyan: Northern Kalapuya, spoken on the west side of the Willamette River from modern Washington County south to about Monmouth; Central Kalapuya, spoken on the east side of the Willamette River from Champoeg south to Salem and on both sides of Willamette River south at least to Eugene; and Southern Kalapuya, spoken on Elk Creek and perhaps also Calapooya Creek, both tributaries of Umpqua River.

Kalapuyans lived in tribal territories containing numbers of related and like-speaking, but basically autonomous villages. For example, sixteen named villages are known for the early nineteenth-century Tualatin Kalapuyans of modern Washington and Yamhill counties. Judging from treaty documents and the ethnographically better-described groups, tribal territories were associated with one or more tributary watersheds of the region’s two main streams—the Willamette River and the Umpqua River—with each territory offering a range of riverine, prairie, savanna, and forest habitats. Extensive prairies and savannas were a managed, not a natural, feature of this region, maintained by the Kalapuyans themselves, who burned off their grasslands at summer’s end.

Kalapuyans exploited a wide range of animal and vegetable resources specific to these different habitats, moving across their tribal territories in response to seasonal variations in resource availability. Vegetable resources, harvested primarily by women, were particularly important in their diet. These included especially the bulbs of the camas lily, available in remarkable seasonal abundance on the region’s low wet prairies. Curved hardwood digging-sticks, fitted at the top with transverse antler handles, were used to harvest the bulbs. Harvested bulbs were layered between leaves and buried in pit-ovens over fire-heated stones. Brown and sugary when done, they were then dried for storage; they might be further processed into small cakes, which were important articles of inter-group commerce.

Other important vegetable resources were wapato (Sagittaria latifolia), a marsh plant whose tubers were harvested during the fall, stored in pits, and baked in ashes for eating; tarweed seeds (Madia spp), beaten off standing plants on burned-over prairies, tossed with hot coals on bark or woven trays for parching, and finally ground into meal in stone mortars; and hazel-nuts, dried in the sun and beaten to remove their husks before being stored in soft-woven baskets. The acorns of the Oregon white oak were also used—shelled, then immersed in water or buried in wet clay to leach them, then ground into a meal which might be cooked with deer blood—but in contrast to many California Native peoples, Kalapuyans did not depend on acorns for their main subsistence.

The drier months found Kalapuyans camped out in the open, under minimal shelter. During the winter season of reduced harvest activity, they lived in winter houses at sheltered village sites. The division of the yearly cycle into clearly demarcated halves was reflected in personal attire, with warm-weather nudity noted for men only (women always had at least a skin or rush apron or short skirt) and robes and sewn buckskin clothing for cold weather (gowns for women, trousers and shirts for men, leggings and moccasins for both). Men favored fur caps, made from the intact skins of smaller animals or the head-skins of larger animals, while women wore tightly woven basketry caps.

The best documented of the Kalapuyan tribes is the Tualatin. Unlike Tualatins, interior Kalapuyans did not flatten the foreheads of freeborn infants, nor were they as active in the regional slave trade. At the same time, the practice of selling orphans and children of poor parents into slavery is noted only for interior Kalapuyans.

All the Kalapuyan groups suffered catastrophic population declines due to introduced diseases. The record on interior Kalapuyan groups is particularly fragmentary, with even the identification and original disposition of the tribes there in doubt. The first Indian census taken at Grand Ronde Reservation, to which all Kalapuyans were removed in 1856, shows eleven Kalapuyan “bands” there, with a total population of 344 men, women, and children. 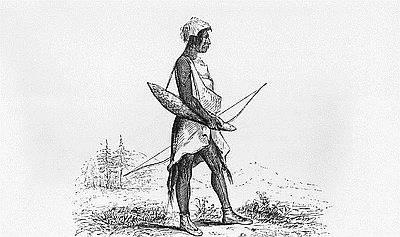 Mackey, Harold. The Kalapuyans: A Sourcebook on the Indians of the Willamette Valley (2nd ed.). Salem and Grand Ronde, Ore.: Mission Mill Museum Association and the Confederated Tribes of Grand Ronde, 2004.

In 1972, historian Alfred Crosby introduced the term Columbian Exchange to refer to the interchange of plants, animals, bacteria, and peoples that occurred between the Old World (Eurasia and Africa) and the New World (the Americas and Australia) following the arrival of Christopher Columbus in the Americas in 1492. One …

The Willamette Valley, bounded on the west by the Coast Range and on the east by the Cascades, is the largest river valley in Oregon. Part of the Cascades geological province that extends from British Columbia to northern California, the valley is an elongated, relatively flat body of land extending …