John Minto described his sudden decision in 1844 to strike out for Oregon as a “species of madness,” an impetuous act that included little reflection and no timidity. He joined the R.W. Morrison family wagon group as a contract laborer, with an unbounded commitment to the cross-country trek and what lay at the end of the trail. Throughout his subsequent and long life in Oregon, Minto remained an enthusiastic promoter of his adopted state, as a regular at meetings of the Oregon Pioneer Association and as a frequent contributor of memoir articles to the Oregon Historical Quarterly. His signal contribution to Oregon, however, was his promotion of agricultural enterprise and participation in state politics.

Born in England in 1822, Minto came to the United States when he was eighteen. He worked in Pittsburgh-area mines with his father, but in 1844 he headed west intent on making his own way at the lead mines in Iowa. He abandoned his ambition when he signed on with the Morrisons and headed west from the Missouri River in a wagon train that included Michael T. Simmons and George Washington, two of the first settlers of the south Puget Sound region.

Minto left the wagon train at Fort Hall, traveling with a companion ahead to the Willamette Valley and then back to the Columbia in December to meet the Morrison train and aid their passage the last leg of their journey. He worked out the remainder of his labor contract for the Morrisons at Linnton on the Willamette River. By 1847, he had married Morrison’s daughter, Martha Ann, and laid claim to farmland near the Methodist mission in the Willamette Valley.

Minto succeeded as an agriculturalist by focusing on commercially viable activities—orchards and sheep raising. By the 1850s, he had begun organizing other farmers to promote the development of better market roads and the sharing of agricultural information. He was the primary organizer of the Oregon State Agricultural Society in the 1860s. He helped finance the Willamette Farmer, a promotional publication for Oregon agriculture.

Minto became nationally recognized as a sheep expert and defender of sheep raising on the national forest, famously in his battles over sheep grazing in forests with John Muir. Minto had nurtured a pure Merino sheep-raising business and had developed a transhumance grazing routine (trailing sheep from lowland to highland pastures) in the Cascade Mountain foothills by the time he tangled with Muir over grazing on the national forests. He also served as an expert guide for federal investigations in 1897-1898, which led to the allowance of grazing on the forests, even though he argued for regulation by the state rather than federal government. Minto continued to argue against federal forest policies and tight regulations on sheep grazing until his death, claiming in 1915 that the National Forestry Act of 1897 was ”unwarranted by the constitution of the nation and the compacts of congress exacted from the people of Oregon as conditions of their admission as a state.”

In politics, Minto was a Republican, serving four terms in the state legislature in 1862, 1868, 1880, and 1890. He sat on the Oregon State Board of Horticulture in 1896-1899 and was a founder of the Oregon Pioneers Association, serving as president three times. He also played an important role in locating a road over the Cascade Mountains in the Santiam River drainage, known today as Santiam Pass. His name is preserved on the Oregon landscape on Minto Mountain in eastern Linn County and Minto-Brown Island Park in Marion County, which marks the area he farmed for many years near Salem. John Minto died in Salem in 1915 at age ninety-two. 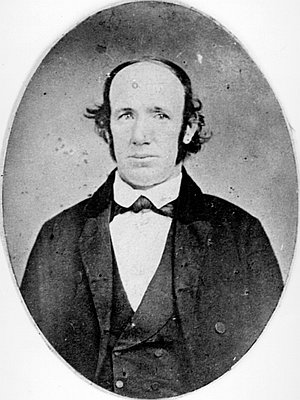 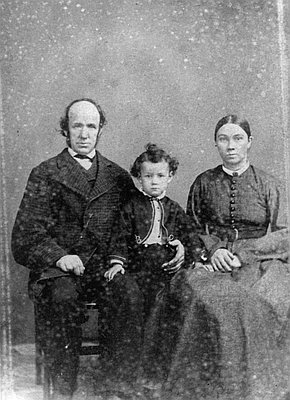