First African Methodist Episcopal Zion is Portland's oldest African American church. Founded in 1862 as the People’s Church, the congregation first met in Mary Carr’s boardinghouse on First Ave near "A" Street (now Ankeny Street) on the west waterfront. The congregation moved three more times—including to North Williams Avenue—before settling on North Vancouver and Skidmore in the late 1960s. The church has a long tradition of faith-based community service and support, including advocating for the elimination of exclusion laws from the Oregon Constitution and for civil rights.

The AME Zion Church was officially established in New York City in 1821 by free Blacks who wanted to escape the segregationist practices of Methodist churches, most of which had white ministers. In 1822, James Varick was named the first African American AME Zion ordained bishop. Most AME Zion churches were located in Northern states before the American Civil War. After the war, the church established congregations throughout the nation, primarily in the South.

During the late nineteenth century, Oregon’s Black population was small—only 487 in 1880—and church services were held in the homes of church members. In 1869, the Portland AME Zion congregation purchased property on Northwest Third Street between "B" and "C" Streets (now Burnside and Couch). Construction on the building began on June 3, 1869. The church was incorporated as the First African Methodist Episcopal Zion Church, and Reverend J.O. Lodge was appointed the first minister. In 1883, First AME Zion built a new church on Northwest Thirteenth and Main, the center of Portland’s growing Black population.

In 1893, Reverend T. Brown, pastor at First AME Zion, spearheaded a movement to remove racist exclusionary clauses from the Oregon Constitution. Working with State Representative Henry Northrup, Brown introduced three resolutions to the legislature that would nullify laws permitting the removal of African Americans and Chinese from the state. It was one of the first organized civil rights protests by Oregonians. The resolutions ultimately failed and the exclusionary laws remained in place for many years (the laws were nullifed in 1866 by the 14th Amendment, but the exclusionary language remained in the Oregon Constitution until 1924).

In 1916, First AME Zion moved to North Williams Avenue and Tillamook in the Albina neighborhood. It became part of a network of neighborhood churches that was active in defending and demanding civil rights in Portland. During the 1940s, acts of racism spiked when thousands of African American war industry workers moved into Portland and nearby Vanport. Black Portlanders organized to confront the racist policies and laws. Albina’s churches were essential in that effort, serving as meeting places, news and information centers, and temporary shelters. First AME Zion, for example, was one of many churches in Albina to take in displaced residents of Vanport after the 1948 flood destroyed their homes.

The network of African American churches continued to strengthen after the 1940s. In 1951, First AME Zion participated in the first interfaith service in Albina, led by Reverend J.F. Smith and others, including Reverend O.B. Williams of Vancouver Avenue Baptist Church and Reverend J.J. Clow of Mt. Olivet Baptist Church. First AME Zion was also a founding member of the Albina Ministerial Association, a network of pastors formed to support African Americans in Albina during urban renewal in the 1950s and 1960s. As an important part of the civil rights coalition in Portland, the group met with Dr. Martin Luther King Jr. when he visited the city in 1961. On August 30, 1967, when a riot broke out at Irving Park at what began as a political rally, the AMA was one of the first groups to respond, sending ministers to calm protesters.

First AME Zion is part of the Western Episcopal District. In 2014, George William Whitfield was appointed pastor, the youngest in the congregation's history. From its century-old church on North Vancouver (once the Norwegian Danish Methodist Church), it continues its legacy of civil rights activism and community involvement and education in Portland. 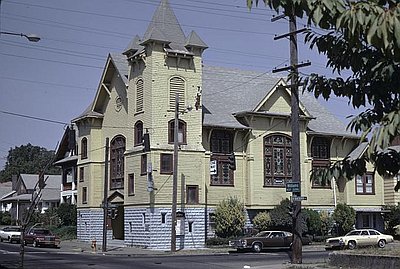 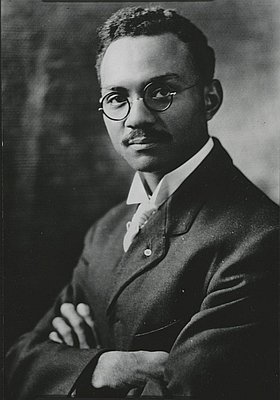 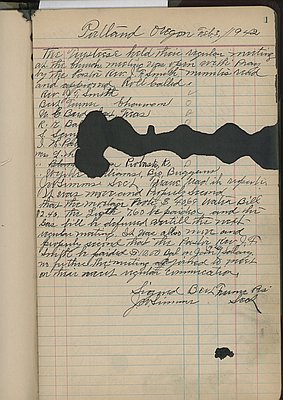 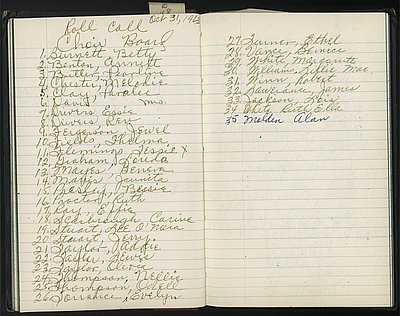 By the late 1880s, Albina, located across the Willamette River from Portland, was the fastest growing city in Oregon. In July 1891, the city was annexed by the City of Portland, which at the time existed only on the west side of the river. East Portland, south of Albina, was also annexed, …

From its beginnings as a mission in the late 1890s, Epworth United Methodist Church in Portland has been an important religious and community center for Japanese American residents. It is the only Japanese Methodist church in the state and one of only sixteen in the nation.

After the number of …

Founded in 1841 by Jason Lee and members of the Methodist Episcopal Church’s Oregon Mission to the Kalapuya people, the First Methodist Church in Salem is the oldest of that denomination (and its successor, the United Methodist Church) west of the Rocky Mountains. The building is listed on the National …

The First United Methodist Church was the first permanent church building in Ashland. With stained glass windows crafted by the Povey Brothers of Portland, it is one of the city's most beautiful and culturally significant landmarks. The church is a contributing property of the Skidmore Academy Historic District, which was …