In its earliest days, the congregation of what became known as First Church met in a frame building which served successively as the mission's Indian Manual Training School and the Oregon Institute (today's Willamette University). Under the leadership of the Reverend David Leslie and the Reverend Alvan Waller, and fed by EuroAmerican emigration from the East, membership in the church outgrew the space. In early 1853, a larger building was constructed at Church and State Streets, and it became the spiritual home of 40 members, 10 probationary members, and a Sunday school of over 150.

By the early 1870s, the growing church membership—110 joined in the late 1860s and at least 60 joined in 1870—and a crowded Sunday school required even more space. The congregation also wanted a structure that would represent its prominence in the community. To that end, church leaders hired Chicago architect Cass Chapman to design a striking brick neo-Gothic building. Local contractor Wilbur F. Boothby coordinated the construction.

The Methodist Episcopal Church Extension Society, founded in 1864 to encourage church construction, contributed to the new edifice, which was to be built on the same site as its predecessor. Costs mounted, however, and the national economy dipped into a depression. Despite downsizing the architectural plans to save money, the building still took over seven years to complete.

Dedicated in 1878, the building featured an auditorium-style interior with a theatrical “stage,” radial seating, and central pulpit. With a soaring white steeple, it is the tallest building in Salem.

Additions to the building in 1935 and 1967 provided space for administrative offices and education, music, and youth programs. The Findley Memorial Aeolian-Skinner pipe organ was installed in 1953, part of modifications that included a divided chancel, a central aisle, and an altar with a rose window above it, reflecting a liturgical approach in keeping with the Gothic exterior.

In 1992, the congregation purchased the Elks Lodge building next door. Named the Methodist Inner-City Activities House, or MICAH (after the Old Testament prophet), the facility provided room for alternative worship, the youth program, and a number of church-based workplaces, such as the district superintendent’s office, the Oregon-Idaho Conference archives, and the Northwest House of Theological Studies—a short-lived attempt at establishing a regional seminary program. The church also rented space in the building to other organizations, which helped pay for maintenance and church programming.

First Church has helped create a half dozen or more other congregations in the greater Salem area and has cooperated with other denominations in providing shelter, food, and other services for people in the region. The building remains a meeting place for the Oregon-Idaho Annual Conference, which meets in Salem three years out of every four. 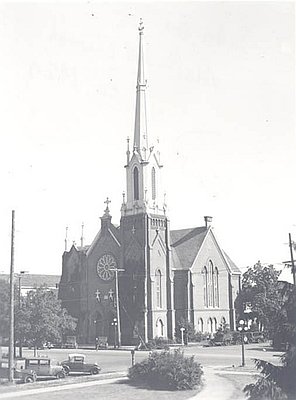 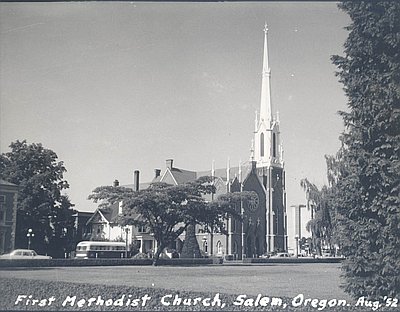