Few names in the history of early nineteenth-century Oregon are better known than that of Jason Lee. As the first Protestant Christian missionary to the Pacific Northwest, Lee exemplified the effort to convert northwestern Indians to Christianity and assimilate them into Western culture. Lee also played an important role in promoting white settlement in the Willamette Valley. While generally failing in his efforts to Christianize Native Americans, he helped lay the foundation for the annexation of Oregon to the United States.

Born on June 28, 1803, in Stanstead, Lower Canada (present-day Quebec), Lee was the youngest of fifteen children. Fatherless at the age of three, he had to provide for himself by age thirteen. Ten years later, he declared himself a Christian during a religious revival. By the age of twenty-six, he had enrolled at an academy in Wilbraham, Massachusetts, to prepare for the ministry. Shortly thereafter, he made known his intention to become a missionary to Indians in the West.

In March 1833, the Christian Advocate and Journal published a front-page article describing a purported meeting of four upper Columbia River Basin Indians with William Clark, co-captain of the Lewis and Clark Expedition. The article claimed that the four men had requested that Christian missionaries be sent to minister to Native people west of the Rocky Mountains. Responding to the call from his mentor Wilbur Fisk, president of Wesleyan University, Jason Lee and his nephew Daniel Lee volunteered to serve the Methodist Episcopal Church as missionaries in the interior Northwest.

In 1834, traveling with an expedition led by trader Nathaniel Wyeth, the Lees arrived at Fort Vancouver on the lower Columbia River. There, John McLoughlin, chief factor of the Hudson’s Bay Company, persuaded Jason Lee to locate his mission in the mid-Willamette Valley near present-day Salem, where several former HBC employees had settled.

From the outset, Lee faced considerable challenges. Decimated by malaria and smallpox, the Kalapuya in the valley were few in number and not inclined to Christian conversion. Lee was largely insensitive to historic native culture, as were most missionaries in the West, and he hoped that Willamette Valley Indians would adopt the dominant practices and beliefs of white Americans if he provided education and a stable white community.

To that end, Lee embarked on a multipronged approach. He opened an Indian Mission Manual Labor School and attempted to gain a measure of economic independence by having cattle brought to the mission. He also made frequent pleas to the church’s mission board in the East for more missionaries. In response to his requests for reinforcements, a small number of settlers arrived in the Willamette Valley in 1837, including Anna Maria Pittman, whom Lee would marry later that year. The following year, she and ner newborn son died in childbirth while Lee was away seeking financial support for the mission.

Believing that the mission and the region would be better served if it were annexed by the United States, Lee traveled to Washington, D.C., in 1838 to present a memorial or petition to Congress. Delivering speeches in numerous locations, he extolled the beauty and economic possibilities in Oregon and argued for the need to Christianize Native Americans. Traveling with him was a young Kalapuya, William Brooks, who had converted to Christianity and who generated interest in Lee’s cause.

By 1840, fifty-one people joined Lee in Oregon, arriving by the ship Lausanne, which sailed around Cape Horn and up the Columbia River to Fort Vancouver. Comprised of ministers and others committed to supporting the mission, several members of what was called the Great Reinforcement became influential leaders, including George Abernethy, the first governor of Oregon's provisional territory. The group also included Lucy Thompson, Lee’s second wife, who gave birth to Lucy Anna Lee (1842-1881), Jason Lee's only offspring. Lucy Thompson Lee would die in late 1842, leaving Lucy Anna in the care of Rev. Gustavus Hines and his wife.

Upon returning to Oregon in 1840, Lee and the new arrivals moved the mission farther south to present-day Salem, where they built a granary, sawmill, and gristmill as well as a new Indian Manual Training School. In 1842, Lee opened the Oregon Institute to educate white children. Two years later, the Institute acquired the building that had housed the Indian Manual Training School, which had failed. The Oregon Institute eventually became Willamette University.

During his time in Oregon, Lee was the object of criticism. He was charged by some with not providing accurate financial reports to the sponsoring Methodist agency and criticized by others for not focusing enough on the conversion of Native Americans. In late 1843, Lee was dismissed as superintendent of the mission. He traveled to New York in an effort to save his position, and as a result the Methodist Board of Missions exonerated him.

Lee traveled north to visit his sister in Stanstead, where he became ill and died on March 12, 1845. His body was reburied in the Lee Mission Cemetery in Salem in 1906. 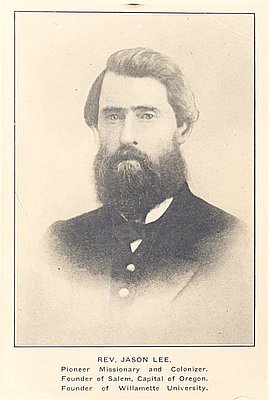 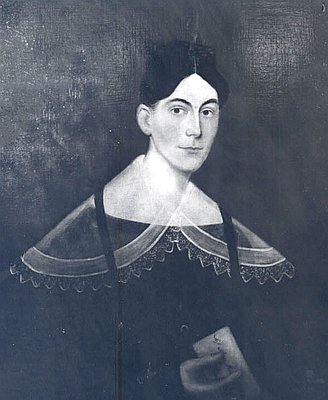 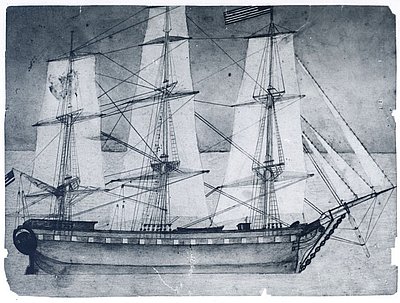 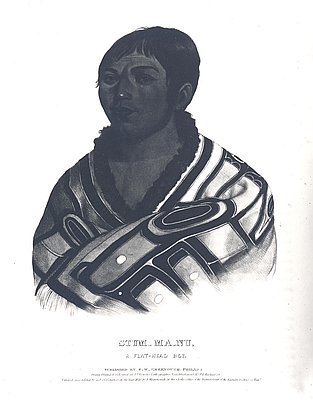 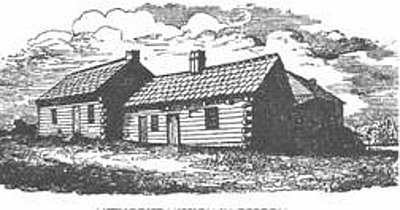 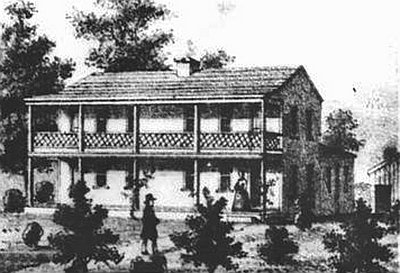 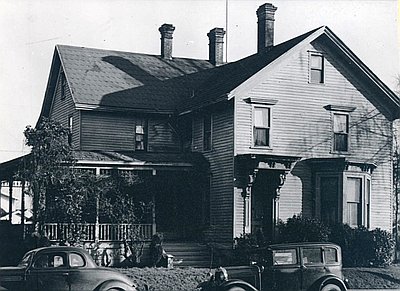 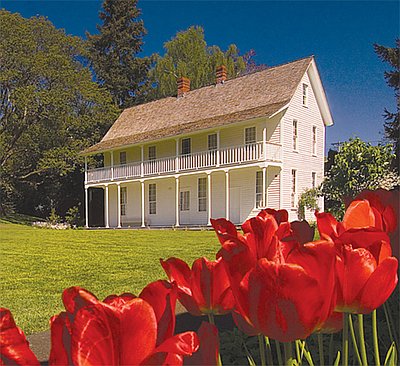 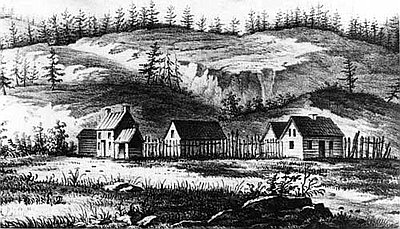 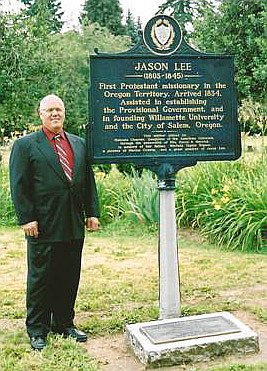 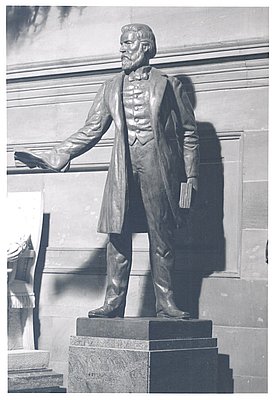 One of the signal immigrations to Oregon came by sea in 1840, years before wagons plied the Oregon Trail. Fifty-one men, women, and children took passage on the 600-ton, three-masted barkentine Lausanne, leaving New York harbor in October 1839, with Captain Josiah Spaulding at the helm. The migrants arrived as …

At the beginning of the twenty-first century, only one Indian boarding school remained in Oregon—Chemawa Indian School, located along Interstate 5 at the 45th parallel north of Salem. Chemawa, an accredited high school that serves Native American and Alaska Native students, is the oldest continuously operated off-reservation boarding school in …

Lee Mission Cemetery on D Street in northeast Salem was formally constituted in 1869 on 4.77 acres of land deeded by former Methodist missionary Reverend Josiah Parrish and his wife Elizabeth Winn Parrish. Additional parcels were deeded in 1887 and 1890. With its present size of 15.67 acres and estimated …

In January 1837, settlers in the Willamette Valley organized the Willamette Cattle Company (WCC) for the singular purpose of buying cattle in California and herding them to Oregon. The British-owned Hudson’s Bay Company (HBC) owned nearly all of the cattle in the Oregon Country; and although HBC Chief Factor John …