The Fourteenth Amendment to the U.S. Constitution declared that the federal government would guarantee the rights of citizenship to "all persons born or naturalized in the United States." No state could "deprive any person of life, liberty, or property, without due process of law; nor deny to any person within its jurisdiction the equal protection of the law." Passed by Congress in 1866, the law was clearly intended to safeguard the rights of recently freed slaves in the South, where whites were working hard to subjugate them.

Most white Oregonians had opposed both slavery and the presence of Blacks in Oregon since the early 1840s, but the Civil War had divided the Democratic Party and boosted the power of the Republicans. The Oregon legislature ratified the Fourteenth Amendment in 1866 by a narrow margin. Two legislators protested that the amendment would "change, if not entirely destroy, the republican form of government under which we live, and crush American liberty." The same legislature passed a law prohibiting racial intermarriage.

As memories of the Civil War faded, Oregonians became more concerned that the Republican Party was granting too much power to the federal government, which was raising their taxes and granting privileges to African Americans. Orange Jacobs, a radical Republican, observed that many Oregonians "start up affrighted at the idea of a negro voting. Negro equality is their dread. If he is enfranchised they are perfectly certain that they will be compelled to sleep with him. You may as well bay at the moon as to reason with such men."

The 1868 elections swept the Democrats to power in Oregon, and they promptly rescinded the state's ratification of the Fourteenth Amendment—this despite the fact that the amendment had just become federal law. "OREGON OUT OF THE UNION!" declared the Oregonian, a Republican newspaper. It was a bit of hyperbole, as Oregon could hardly overturn the nation's constitution, but the vote expressed the state's unhappiness with the direction the nation was taking. Though most Oregonians were glad that the Union was intact, many continued to believe that African Americans should have few political or civil rights and that they did not belong in Oregon. Federal law now stood in contradiction to those desires. 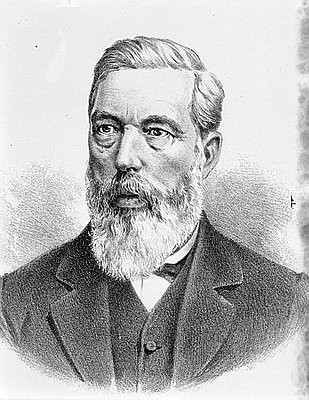 Civil War Reconstruction arguably culminated with the Fifteenth Amendment. Ratified in 1870, a year after Congress had passed it, the amendment stated that voting rights "shall not be denied or abridged by the United States or by any State on account of race, color, or previous condition of servitude." The amendment …