Anthony "Tony" Yturri, the son of Basque immigrants, served sixteen years in the Oregon Senate representing District 21, which comprised Grant, Harney, and Malheur Counties. When he died at the age of eighty-four, his Senate colleagues passed a memorial resolution that called him a "great orator" and spoke of his "towering intellect," his "powers of persuasion," and his "gentle humor."

Yturri was born in 1914 in Jordan Valley near the Idaho state line. He was the first Basque American to graduate from an American law school (the University of Oregon), where he was elected to Phi Beta Kappa and the Order of the Coif in recognition of his high academic achievement. He received a J.D. degree in 1937.

During World War II, Yturri served four years in the U.S. Army's Counter Intelligence Branch and the Judge Advocate General's Department, attaining the rank of captain. On Valentine's Day 1942, he married Remedios Jayo of Boise, Idaho, a union that lasted fifty-seven years until his death. The couple had no children.

Governor Paul Patterson persuaded Yturri, a Republican, to run for the state senate in 1956. He and two other Republicans survived a Democratic sweep in the election that gave the Democrats control of the legislature. Yturri later was elected minority leader for several sessions.

With his social grace and remarkable intellect, Yturri quickly became a popular and influential figure in the state assembly. He served on the Ways and Means Committee and chaired the Judiciary and the Roads and Highways Committees. Oregon's criminal code was revised under his leadership, and he chaired the conference committee that wrote the state's landmark Beach Access Bill.

In 1966, Yturri decided to run for governor. Soon after his campaign was organized and ready to launch, however, a doctor strongly urged him to cancel his plans because of chronic high blood pressure. Yturri withdrew from the race, opening the way for Tom McCall to gain the Republican nomination and, ultimately, the governorship.

Yturri retired from the legislature in 1972. He declined offers from two governors to appoint him to the Oregon Supreme Court, but he subsequently agreed to serve as chair of the Oregon Transportation Commission at the urging of Governor Vic Atiyeh.

During his adult years, Yturri devoted himself to helping the Basque community integrate into American society and culture. He conducted numerous classes to help young Basque men become active citizens. He also worked to explain the Basque culture to Oregonians. He collaborated with University of Oregon Professor Luther Cressman in writing a chapter in History and Culture of Basques in the Pacific Northwest.

In his later years, Yturri returned to his law practice in Ontario. He died there at the age of eighty-four. 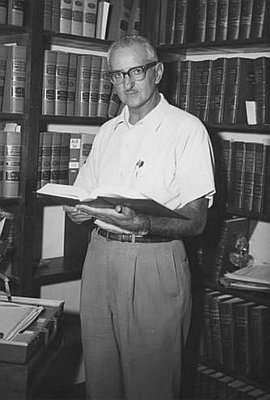 Corcostegui, Lisa, and Maria Barinaga. "The Making of a Basque Community in Ontario: From the Boarding House to a Global Village." Kosmopolita. http://www.euskonews.com/0230zbk/kosmo23002.html