As early as 1871, James William Virtue—one-time sheriff of Baker County—was recognized nationally for his expertise as a miner when President Ulysses S. Grant appointed him U.S. centennial commissioner. His charge was to help plan "an international exhibition of arts, manufactures, and products of the soil and mine," to be held in Philadelphia in 1876 as part of the centennial celebration of American independence.

Appointed commissioner of mines for Oregon in 1885, at the unanimous recommendation of the legislature, Virtue promoted the state as an investor’s paradise at such events as the World's Industrial and Cotton Centennial Exposition in New Orleans and in his visits to Chicago and New York City. He illustrated his point with a display of 1,500 pounds of gold and other mineral specimens from the state.

Virtue was born in County Fermanagh, Northern Ireland, on June 24, 1837. He came to mining by a circuitous route. While he was still a child, his family immigrated to Canada, where Virtue grew up on a farm in Darlington Township, County Durham, Ontario. At age eighteen, he went to Nebraska Territory, where he helped lay out and found Dakota City. From 1855 to 1863, he worked as a banker, real estate broker, and newspaper editor. He also served as city recorder, county clerk, and postmaster for the town. In 1861, he was admitted to the Nebraska territorial bar.

In the spring of 1863, after the transcontinental railroad bypassed Dakota City, Virtue moved on to potentially greener pastures in Baker County, Oregon, where the discovery of gold in 1861 had set off a gold rush. In the little mining camp of Clarksville, he tried his luck at placer mining, subsidizing the work with shrewd money-lending and participating in local politics.

In 1866 and again in 1868, Virtue was elected sheriff of the young Baker County. Spurning a third two-year term, he established the county's first bank in Baker City, built the town's first stone building, and soon became a political powerbroker. He continued his interest in mining with an assay office in his bank and briefly owned what would become the Virtue Mine.

At one time, Virtue was considered the richest man in eastern Oregon, but he suffered financial disaster when his bank failed during the Panic of 1893. He sold his house and moved to Portland, where he found work as a mining consultant. In 1896, Virtue relocated to Josephine County, where he bought and operated a placer mine. Within a year he was elected to represent that district in the Oregon legislature. After one term, Virtue moved back to Portland, where he spent his final years traveling northwestern gold fields as a gold-mining consultant.

In 1903, the year of his death, Virtue was honored by Governor George Chamberlain and the Oregon legislature "as one of the most competent and experienced mining men of the Pacific Coast." 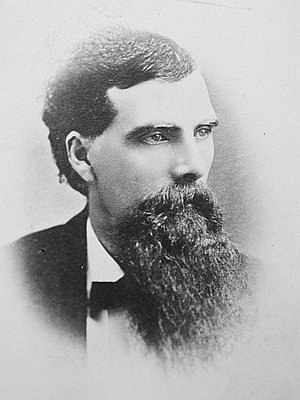 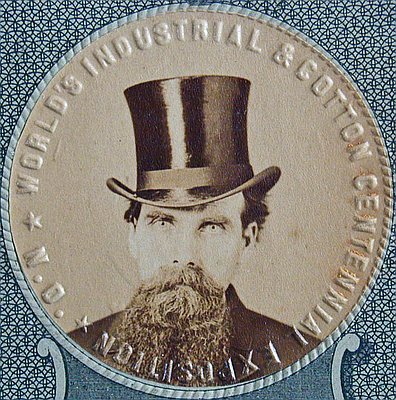 Virtue, James W. Collected papers, documents, photographs, and paraphernalia, including a diary of his daily activities during the year 1864, when he was a miner living in Clarksville, Oregon. Archived in the Baker County Library, Baker City, OR.