The U.S.S. Astoria (CA-34) had many important roles during its nearly ten years of service for the U.S. Navy. In April 1939, the ship completed a noteworthy diplomatic mission by delivering the remains of Hirosi Saito, Japan's ambassador to the United States, to Yokohama Harbor. Just a few years later, in August 1942, Japanese forces sunk the Astoria at the Battle of Savo Island.

Workers at the Puget Sound Navy Yard in Bremerton, Washington, launched the heavy cruiser Astoria on December 16, 1933. One of seven cruisers in the New Orleans class, the ship displaced 9,950 tons; measured 588 feet in length and 61 feet, 9 inches at the beam; and drafted 19 feet 5 inches. The Astoria held a crew of 899 and had a maximum speed of 32.7 knots. Heavily armed and armored, it had nine 8-inch guns in three turrets (two forward and one aft), eight 5-inch anti-aircraft guns, and two catapults for launching floatplanes. Leila C. McKay, a descendant of Alexander McKay of the 1810-1812 Astoria expedition, sponsored (christened) the vessel.

The U.S.S. Astoria was the second U.S. Navy ship to bear the name of the city at the mouth of the Columbia River in Clatsop County. The first was a British cargo ship built in 1902 and later purchased by a German firm. Named the SS Frieda Leonhardt, customs officials seized it in Jacksonville, Florida, when the United States entered World War I in 1917. The U.S. Navy commissioned the ship late that year as the U.S.S. Astoria (AK-8), under which name it served until it was decommissioned in April 1920.

In the 1930s, the newest U.S.S. Astoria took part in an array of training maneuvers and operational preparedness exercises with the U.S. Navy’s Pacific Fleet, including a visit to Portland Harbor in July 1937. In May 1939, it also was part of the fruitless search for Richard Halliburton’s team, which was attempting to travel from San Francisco to Hong Kong aboard the junk Sea Dragon. Halliburton was an American author famous for his unconventional travel adventures and harrowing escapades. He and his Sea Dragon crew had been missing since March 1939 and were later pronounced officially dead.

On the morning of December 7, 1941, as Japanese aircraft attacked Pearl Harbor, the Astoria was part of a larger force 700 miles west. Through early 1942, the ship was assigned to Task Force 17, centered on the aircraft carrier U.S.S. Yorktown. Astoria participated in the Battle of the Coral Sea on May 4-8, 1942, and became the task force flagship when Japanese planes and submarines damaged the Yorktown and eventually sank it during the Battle of Midway in June 1942.

The Astoria’s next major engagement was during the invasion of Guadalcanal. On August 7, 1942, the ship provided shore support and air cover. On the nights of August 8-9, eight Japanese warships sailed by Savo Island and attacked twelve U.S. and Australian ships. Hit at least sixty-five times in thirty minutes, the crew of the Astoria was able to steer the ship to safety. After working for hours, however, they were not able to stanch the ship’s leaks or quench the many fires onboard. At 12:15 p.m. on August 9, the Astoria disappeared beneath the waves. Only about half the crew survived. 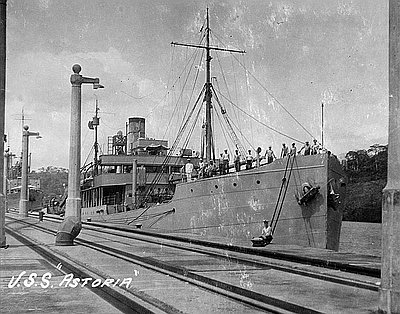 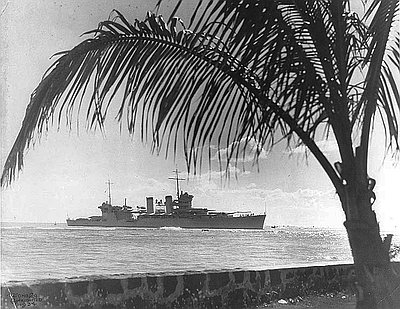 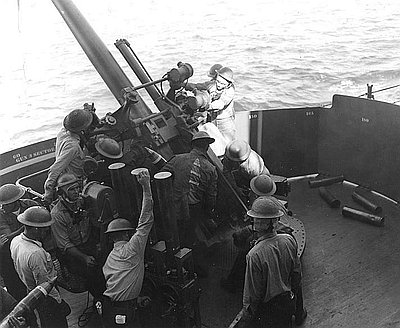 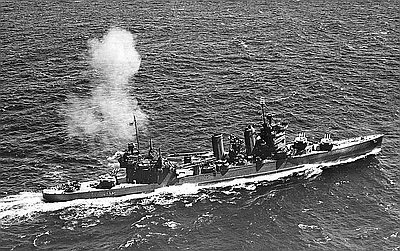 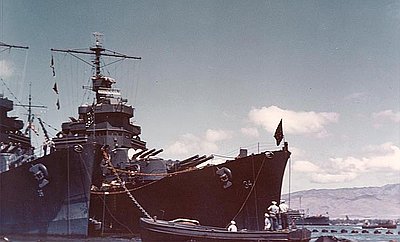