The U.S.S. Oregon City (CA-122) was the namesake of its class of heavy cruisers. Designed, ordered, and built during World War II, it was an advanced warship; but the war emergency was over when the ship entered full service in early 1946.

About two-and-a-half years after Secretary Frank Knox announced the navy's plan to build a ship to honor Oregon City, Bethlehem Steel Company in Quincy, Massachusetts, launched the ship on June 9, 1945. The wife of Oregon City Commissioner Raymond P. Caufield was present to sponsor the ship, and singer Bing Crosby attended as part of a war bond drive.

Once commissioned in February 1946, the Oregon City completed its “shakedown” cruise between Boston and Guantanamo Bay, Cuba, with Oregon City Mayor J.B. Caldwell among the guests. Based in Boston, the Oregon City served as the flagship of the 4th Fleet from July 1946 until its reassignment to the 2nd Fleet in January 1947. During those months, the ship was used primarily to train reservists and Naval Academy midshipmen.

The navy decommissioned the ship on December 15, 1947. After being held for long-term storage in Philadelphia from 1947 to 1970, the navy struck the Oregon City from its register in November 1970. The ship was sold for scrap in August 1973. The Oregon City’s bell is on display at the Museum of the Oregon Territory in Oregon City. 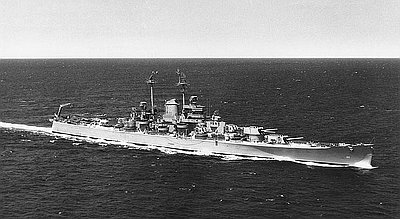 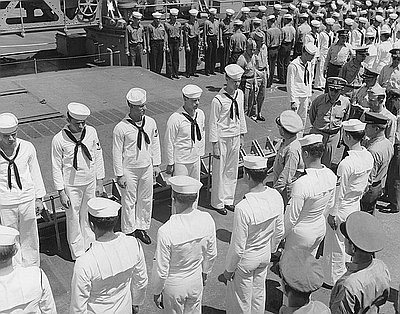 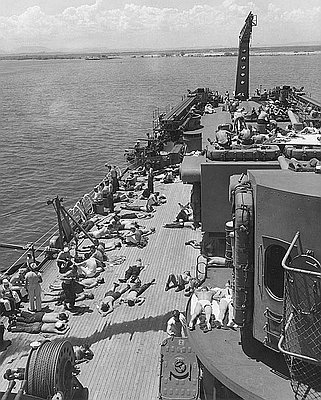 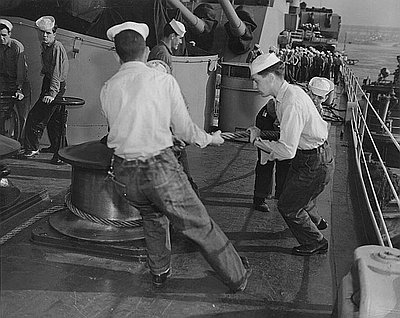 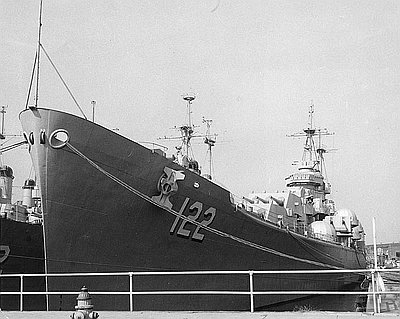