At fifteen acres, Three Arch Rocks lays claim to being one of the smallest wildlife refuges in the world as well as one of the smallest designated wilderness areas in the United States. Yet, with its nesting for a million seabirds of thirteen species, it is one of the most populous sanctuaries anywhere.

Three Arch Rocks and six smaller rocks are situated a half mile offshore at Oceanside, Oregon, nine miles west of Tillamook. Captain Meares named them “the Three Brothers” on July 6, 1778; but it was two young naturalists, William L. Finley and Herman T. Bohlman of Portland, who in summer 1901 brought the plight of the islands to wide attention when they spent several weeks photographing the slaughter of thousands of birds and dozens of sea lions each weekend by thrill seekers.

Finley and Bohlman returned in June 1903 and set up camp for fourteen days on the farthest rock west, clinging to the steep slope, observing and photographing sea lions and the birds. They discovered that murres prefer to crowd together by the thousands (up to seven birds per square foot) and build no nests; their pear-shaped eggs spin around but don’t roll off the cliff. The refuge accommodates 200,000 murres. Pigeon guillemots nest farther apart on rock crevices on lower levels. Brandt’s cormorants build nests of grass on flat surfaces, while the pelagic cormorants build seaweed nests, glued together with excrement, in gently sloping places. Storm-petrels and tufted puffins use their feet and beaks to dig burrows in grassy slopes. The rocks harbor 60 percent of the puffins of Oregon.

Finley took their report and photos to Washington, D.C., and President Theodore Roosevelt signed an Executive Order on October 14, 1907, declaring the three monoliths the first wildlife refuge west of the Mississippi; it was only America’s third sanctuary. In 1970, Congress designated Three Arch Rocks as wilderness. As of 2010, the U.S. Fish & Wildlife Service administers more than 500 refuges and more than 700 wilderness areas nationally.

According to the Fish & Wildlife Service, Three Arch Rocks can support such vast numbers of seabirds because each species feeds in different areas, in varying depths of water, and on different food. Birds use the refuge at different seasons for their breeding: murres, pigeon guillemots, cormorants, and puffins in spring and summer; brown pelicans, sooty shearwaters, Hermann’s gulls, and Caspian terns in summer and fall; and black scooters, Pacific red-throated loons, and Western grebes in winter.

The constant wind, air currents, and the height of these rocks are especially important for take-off and landing of puffins and guillemots whose short wings and heavy bodies are better suited for diving under water than flight.

The smaller rocks are also home to Steller (or northern) sea lions, one of the largest members of the pinniped family. Named for Georg Wilhelm Steller, who first described the species in 1742, Steller sea lions have golden to reddish-brown fur, external ear flaps (pinnae), and bodies that are a combination of blubber and muscle. Bulls can weigh as much as 2,500 pounds and reach 11 feet in length, and females typically are nine feet long and weigh about 1,000 pounds. They are highly social animals, resting in large groups and often sunning themselves high up on the rocks and cliff faces. They are opportunistic predators, foraging primarily at night, 15 to 20 miles offshore, on over a hundred species of fish. While the entire colony spends many days away from Three Arch Rocks, they return there to rest, molt, mate, and give birth. Males not only mate with multiple females, but females are free to move from one male’s harem to another rookery. Nonetheless, they have low productivity and are on the federal threatened species list. By strong wind, the basso roar of the Steller sea lions can be heard in the village of Oceanside, about a half mile away. 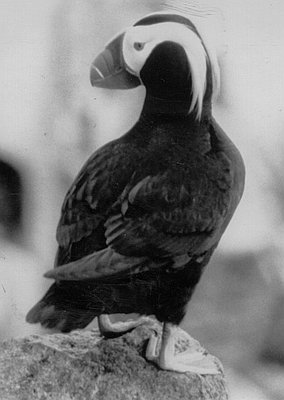 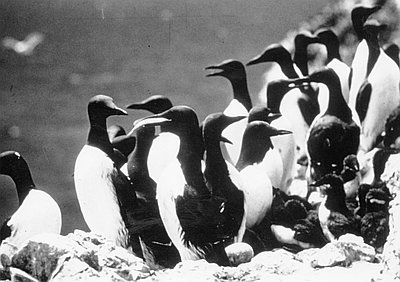 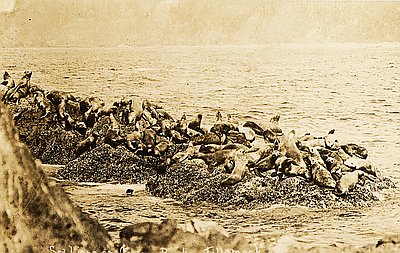 "It would be one of the biggest and finest resorts of the Pacific Northwest. The seal rocks…will vie in fame with the nationally known 'Seal Rocks' of the Cliff House, at the Golden Gate, San Francisco." Those were the dreams of Oceanside's founders, the brothers H.H. and J.H. Rosenberg, when …

Tillamook, the county seat of Tillamook County and its largest city, is located near the southeast end of Tillamook Bay, seventy-three miles west of Portland. The growth of Tillamook illustrates the development of the northwest corner of the state as a dairyland region during the late nineteenth and early …