For fifty-two years, George Crosby “Bing” Sheldon Jr. made lasting contributions to Portland’s architecture, planning and design, historic preservation, and social and cultural environment. His legacies as a Portland visionary, designer, and preservationist are on a par with earlier luminaries such as Abigail Scott Duniway, Thomas Lamb Eliot, and Albert E. Doyle. Sheldon’s leadership was important in the implementation of Portland’s Downtown Plan of 1972 and the preservation and renovation of Pioneer Courthouse, City Hall, Montgomery Park, Albers Mill, and other architectural treasures.

Born on May 8, 1934, Bing Sheldon was the scion of an old New England family that dates their arrival in America to the seventeenth century. After earning a bachelor’s degree in economics at Tufts University, he turned to architecture and obtained a master’s degree from Harvard University’s Graduate School of Design. Following service in the U.S. Navy and some time working in Boston and Europe, Sheldon and his wife Carolyn lived briefly in Copenhagen, a city that inspired his interest in urban design, transportation, and good planning. They moved to Portland in 1964.

The mid-1960s were difficult times for American cities, Portland among them. The city’s downtown was moribund, and freeways were leveling scores of downtown and neighborhood blocks. Many residents moved to the suburbs, taking their children out of Portland schools and their shopping to new malls. More people were moving out of the city than were moving in, and political and business leaders were indecisive about what to do. As Sheldon established his architecture firm SERA, he concluded that his profession had to take the lead in rebuilding Portland’s physical and social infrastructure.

Soon after the adoption of the Downtown Plan of 1972, Sheldon was appointed to the Portland Planning Commission. He was elected chair, a position that gave him the opportunity to implement his visions in earnest. During his tenure on the commission, Sheldon helped lead efforts to create a pedestrian-friendly downtown with a clean environment, new design standards, and efficient mass transit. He also made concerted efforts to preserve the remnants of Portland’s architectural history.

During Sheldon’s service on Portland’s Historic Landmarks Commission during the late 1980s, he found creative and, at times, forceful ways of preserving dozens of commercial and residential buildings. He saved the Simon Benson House from demolition, for example, and then served with a small group that led the effort to move and restore the building on the Portland State University campus.

Throughout his work on public commissions, boards, and committees, Sheldon never hesitated to share his opinions, which were informed and imaginative. With penetrating eyes and a sonorous, almost melodious voice that conveyed conviction and knowledge, he was admired by planning and preservation advocates and was listened to by elected officials and people from all walks of life. He was trusted as a person who could get things done.

In 2015, Sheldon was the catalyst for Portland Forward, a group organized to involve younger people in ensuring that Portland thrives as a well-planned and equitable city. He was recognized by his fellow architects with his selection as a Fellow of the American Institute of Architects and he received the First Citizen Award from the Portland Metropolitan Association of Realtors in 2014. Perhaps most gratifying to him as he approached the end of his life, Sheldon had succeeded in helping build the reputation of his adopted city for sustainability and livability and in inspiring and engaging a younger generation of activist citizens and citizen planners. To him, younger Portlanders were the riches of a city. 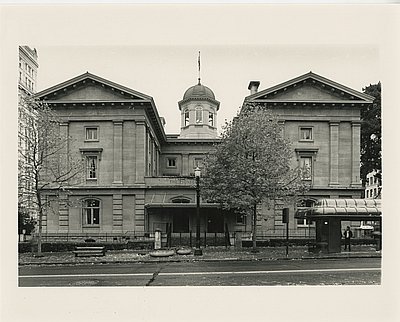 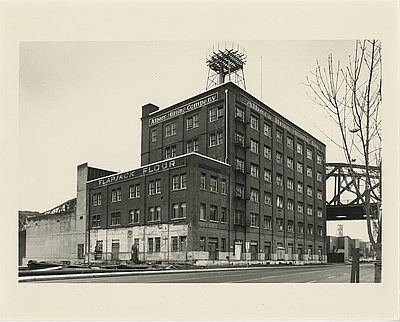 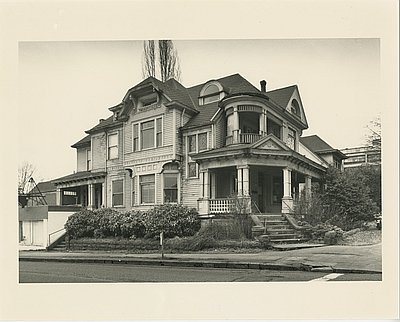 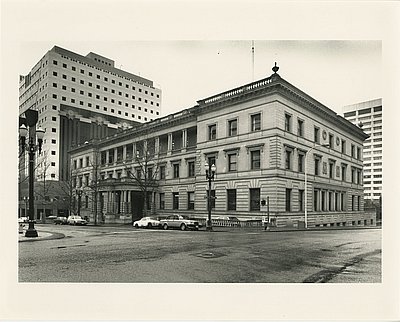 The Montgomery Ward building in northwest Portland was a hallmark of modern industrial design when it opened on January 1, 1921. Built with fireproof, steel-reinforced concrete to be light and airy, the nine-story building housed a branch of Montgomery Ward & Company until 1982. The building, at 2701 Northwest Vaughn …