In 1947, the city of Portland crawled with gambling halls, strip joints, bars, and brothels. Violence and venereal disease rates were so high that sea captains refused sailors liberty time in the city. Crime rings paid off police and politicians, and there were suspicions that Portland Mayor Earl Riley was skimming off the protection money collected by local police. The influential City Club charged Riley with "negligence in stamping out vice in the Rose City." It was in this atmosphere that Portland City Commissioner Dorothy McCullough Lee began testing the waters for a run against the cigar-chewing, two-term mayor.

Dorothy McCullough was born on April 1, 1901, in Oakland, California. Influenced by the woman’s suffrage movement, she had moved to Portland in 1924, the same year she became a lawyer. She and a fellow attorney had opened the first all-female law practice in Oregon. The wife of a Standard Oil executive, Lee’s demeanor may have been that of a forty-seven-year-old schoolmarm, but she was not to be underestimated. She had served fourteen years in the Oregon House of Representatives and Senate and had been on the City Commission since 1943—the only woman in both bodies. As commissioner, Lee was known as an effective administrator who dealt mostly with infrastructure, updating the streetcar and bus system, and implementing a successful mosquito-control program. She promised that, if elected mayor, she would enforce the law.

Fed up with Riley, Portland voters ousted him in the primary on May 21, 1948, giving Lee 85,045 to Riley’s 22,510 votes. Lee took office in January 1949, the second woman to serve as mayor of a major U.S. city. Within months, she and new Police Chief Charles Pray had raided Chinese gambling joints, earning her the nickname “No Sin Lee.” In 1949 and 1950, the city shut down burlesque houses, brothels, and a gay club that boasted female impersonators. Many of the people involved in promoting the criminal element in Portland left town, and the vice industry suffered; but downtown businesses also languished, their property values declining. In this environment, a group of ten businessmen organized an unsuccessful attempt to recall the mayor in late 1949.

Lee was ultimately unable to shut out national crime rings organized by some Seattle Teamsters Union officials. Rather than focusing on the larger issues of growth, such as promoting new industries, she was consumed with the issue of crime and wanted to restore what she believed were the proper moral values to a city affected by the social dislocation of World War II. Lee tried to introduce a business tax and to rally support for school levies, all of which failed to pass, as did the Housing Authority of Portland’s bid to build 2,000 low-rent apartments. She introduced a civil rights bill, which alienated her further from the community. In 1952, Fred Peterson, with backing from the business community, ran against her and won.

Lee moved to Washington, D.C., to serve on the National Parole Board and the controversial red-hunting Special Committee on Subversive Activities. She returned to Portland in 1962 to teach at Portland State University and resume practicing law. She died in 1981. 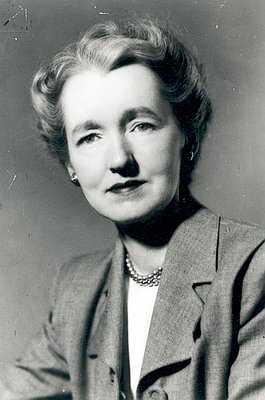 Since the Star Theater opened in Portland in May 1911, it has operated as a silent movie house, a burlesque club, an adult film theater, and a music venue. Although the theater has often been associated with scandal and intrigue, the Star is one of Portland’s most resilient and longstanding …