Since the Star Theater opened in Portland in May 1911, it has operated as a silent movie house, a burlesque club, an adult film theater, and a music venue. Although the theater has often been associated with scandal and intrigue, the Star is one of Portland’s most resilient and longstanding entertainment spaces. In 1987, it was at the center of the Oregon Supreme Court case City of Portland vs. Tidyman, which expanded Oregon's freedom of speech laws and paved the way for the proliferation of strip clubs in Portland.

The Star Theater has had many names, including the Star, the Four-Star, the New Star, and the Star Burlesek. First opened as the Princess Theater at Northwest Sixth Street and West Burnside, the 300-seat theater was operated by the Sax Amusement Company. It was the first movie house in downtown Portland to adopt new safety regulations and fire codes, implemented in 1910. The Star was an inexpensive and casual alternative to the elaborate movie palaces that opened in the city beginning in the early 1920s. Approximately fifty movie houses functioned in Portland in 1920s, with most concentrated downtown but others in southeast and northeast neighborhoods.

The Princess Theater was renamed the Star in 1939, and it was one of the most popular burlesque venues in the city in the 1940s. Also known as “leg shows,” burlesque performances at the Star usually began with a comedian or tap dancer. Musical accompaniment was provided by a pianist and drummer playing from a pit in front of the stage. To warn dancers that police were in the house for an inspection, the Star employed a buzzer system. The ticket taker at the front window would discretely press a button connected to the projection booth, so the projectionist could warn the performers to keep their performances relatively demure. The Police Department often sent the Police Women’s Protective Unit, an all-women force, to inspect the property and to handle crimes such as rape, domestic abuse, and burlesque dancing. Many male officers, however, frequented the Star off the clock, including Jim “Diamond Jim” Purcell, who was chief of police from 1953 through 1956.

The Star Theater briefly closed during the mayorship of Dorothy McCullough Lee, who was elected in 1949 and was committed to clamping down on vice in the city. With the election of Fred Peterson in 1953, the Star reopened under the ownership of Candy Renee, one of the city’s most beloved dancers and a personal favorite of Jim Purcell’s, who reportedly visited her backstage after watching her perform from his regular spot in the third row.

The Star became the center of a minor nationwide scandal after a popular burlesque performer named Tempest Storm moved to Portland from Los Angeles with her husband John Becker. In 1952, the couple bought the Capitol Theater, a burlesque club at Southwest Fourth Street and Morrison. Frustrated by the competition, Candy Renee hired Arabella Andre, Becker’s former wife and one of Storm’s rivals, to dance at the Star, billing her as “John’s Other Wife.” Months of fierce competition and infighting ensued. The November 30, 1953, issue of Life Magazine carried a story about the scandal, “John’s Other Stripper: Burlesque Wives War in Portland,” and the Oregon Journal told the story in “The Battle of the G-Strings.”

Renee was forced to surrender ownership of the Star in March 1954 when she was caught trying to flee town with Don Vance, a former convict. After a high-speed chase, the two were pulled over by police, who found drugs and a loaded revolver in the vehicle. The Star continued its role as a burlesque house throughout the late 1950s and 1960s.

Beginning in the 1970s, the theater showed underground movies, classic comedies, and pornography, which was often accompanied by exotic dancers. The Star was also known for hosting “live sex shows.” In 1976, after learning about the club’s offerings and obtaining a copy of Pumpin’ the Poop Shoot, a film the Star had screened, the city sued the Star's owner, John Tidyman, for violating an obscenity statute. The police also issued warrants to the Chelsea and Tom Kat theaters. In City of Portland vs. Tidyman (1987), the Oregon Supreme Court ruled that the theater’s activities were protected under Article 1, Section 8, of the Oregon Constitution: “No law shall be passed restraining the free expression of opinion, or restricting the right to speak, write, or print freely on any subject whatever.” The case helped pave the way for Portland’s freedom of speech laws, which protect all-nude stripping under the First Amendment.

In the years after Portland vs. Tidyman, the Star Theater changed ownership multiple times and was briefly shut down for violating building codes and selling alcohol without a license. Its original neon marque was rebuilt in 2001 to celebrate the club's hundredth anniversary. In 2011, Frank Falliance, the owner of Dante's Club, bought and reopened the Star Theater as a music venue.

"She was one of a kind," family says of Sybil Plumlee, one of Portland' first female police officers." Portland Oregonian, January 13, 2012. 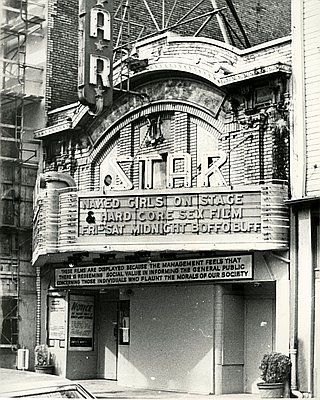 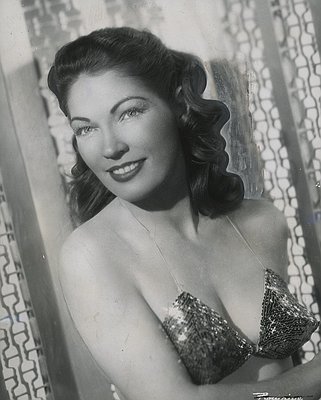 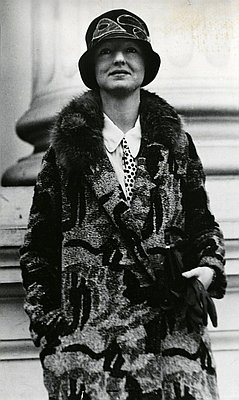 On November 8, 1912, Portland police arrested nineteen-year-old Benjamin Trout for a minor offense. In the course of his interrogation, the man revealed what were considered sensational details about local homosexual activity and gathering places, a component of the city that most people knew nothing about. Portland was not unusual in …

From 1970 to 1990, Storefront Actor's Theatre produced some of the most original, challenging, and visually stunning live theater in Portland. Breaking away from the constraints of conventional theater, Storefront reflected the turbulent social and political climates of the time by introducing Portland audiences to original works that explored social, …

Portland has more strip clubs per capita than any other city in the United States. With one strip club for every 11,826 residents, Portland far outranks Miami, New Orleans, and Las Vegas—larger cities with long-held reputations as meccas for adult entertainment. The boom in strip clubs can be traced to …