William Kittredge is an award-winning author, influential teacher, and preeminent voice of the American West. Born, raised, and educated in Oregon, Kittredge has written and published for over fifty years. His work addresses the beauty and challenges, and the ultimate environmental impact, of large-scale agriculture and livestock production in a harsh, isolated, and often misunderstood region. His fiction and nonfiction examine and illustrate the cultural and physical geography of the Great Basin landscape of southern and central eastern Oregon. Kittredge's instrumental and influential contributions helped the literature and art of rural Oregon mature and develop from one-dimensional celebrations of explorers, pioneers, homesteaders, and cattle barons toward a complex, comprehensive, and inclusive body acknowledging the state's original inhabitants and identifying the changes and challenges facing the region into the twenty-first century.

Born in Portland in 1932, Kittredge grew up on the MC Ranch in the Warner Valley in southeastern Oregon and attended Klamath Union High School. His family owned and operated the Warner Valley Livestock Company, headquartered in the Williams Building on Main Street in Klamath Falls. Four ranches comprised Warner Valley Livestock Company's agricultural holdings, including the MC, 17,000 irrigated acres in the Klamath Marsh; 1,200 at the River Ranch in Summer Lake; and 16,000 acres along the Coast Range of California, adjacent to Red Bluff. The MC Ranch sold in 1967 and delivered 19,000 head of livestock to market.

Kittredge graduated from Oregon State University in 1953 with a degree in general agriculture and was a student of Pulitzer Prize-winning novelist Bernard Malamud. His childhood and young adulthood experiences on the MC informed his fiction and nonfiction, particularly the early stories and essays. He married Janet O'Connor in 1952 and served in the U.S. Air Force in Guam for four years before returning to the ranch. At the age of thirty-five, he left for the University of Iowa Writers’ Workshop. He has two children.

In 1969, Kittredge accepted a position in the English Department at the University of Montana in Missoula. Together with poets Richard Hugo and Madeline DeFrees, he raised the Creative Writing Program at the university to national prominence. In 1973–1974, he was a Wallace Stegner Fellow at Stanford University and became a leader in creating, defining, and sustaining a robust literary circle in Missoula. “I came to a community,” he said, “where people both challenged and looked out for each other.” Kittredge retired in 1997 and is now Regent’s Professor Emeritus of English. He has also been a visiting writer at Arizona State University and the University of California, Irvine.

Kittredge’s early works examine and question the integrity of the cultural and agricultural legacy of MC Ranch and the public lands they controlled. Through both fiction and nonfiction—including The Van Gogh Field and Other Stories (1976) and We Are Not in This Together (1984)—he challenged the prevailing myths and romanticism that had comprised most of the literature of the American West.

Along with writers Dorothy Johnson, James Crumley, James Welch, Raymond Carver, Mary Clearman Blew, and Richard Ford, Kittredge brought Montana and western literature to national prominence during the late twentieth and early twenty-first centuries. He was a major voice of the West with Owning It All, a collection of essays published in 1987, and solidified that status with his 1992 memoir Hole in the Sky. “Kittredge is the child of people who conquered the land,” Thomas McGuane wrote, “but he hears the voices of its original inhabitants and he knows what went under the plow, because he helped put it there.”

With Annick Smith, Kittredge co-edited The Last Best Place: A Montana Anthology in 1989 and co-produced the screen adaptation of Norman Maclean’s A River Runs Through It, directed by Robert Redford, which premiered in October 1992. Additional collaborative projects include the nine novels in the Cord series, cowritten with Steven Krauzer and published under the pen name Owen Rountree, and Balancing Water: Restoring the Klamath Basin, with photographers Tupper Ansel Blake and Madeleine Graham Blake (2000). His articles and essays have appeared in more than fifty magazines and newspapers, including Atlantic Monthly, Harper’s, Esquire, Time, Newsweek, Outside, the Washington Post, and the New York Times.

Kittredge’s expertise and experience in the West span the period from pre-World War II horse-driven agricultural to the pressing resource and ecological issues now facing the region. “We lived in the 19th century until 1945,” Kittredge said in a 2006 interview. “We did everything with horses and teams….Then when I was thirteen my grandfather sold off the work teams—over one hundred matched teams. Everything changed and by the time I was fifteen, horses were over. That was another world.”

Influenced by his travels throughout the West and abroad, later works such as Who Owns the West (1996) and The Nature of Generosity (2000) explore a sustainable and humane resource ethic for individuals and communities, offering examples from cultures across Europe and the New World. “Each morning we wake and start telling a story about our lives, an act almost as involuntary as breathing,” Kittredge writes in The Nature of Generosity. “We listen as long as we live, and if we’re lucky, we discover terms that make us feel whole and safe, even useful.” Kittredge published his first novel, The Willow Field, in 2006 to wide acclaim.

Kittredge received two National Endowment for the Arts awards (1974, 1981), a Montana Governor’s Arts Award (1985), two Pacific Northwest Booksellers Awards for Excellence (1985, 1988), the Charles Frankel Prize from the National Endowment for the Humanities (1994), the Earle A. Chiles Award from the High Desert Museum (2006), and the Robert Kirsch Award from the Los Angeles Times (2007). He received a lifetime achievement award from the University of Montana Creative Writing Program at the 2017 Montana Book Festival. His students have published widely, taught in and directed writing programs, and have won the Pulitzer Prize.

For more than thirty years Kittredge lived in Missoula, Montana, writing, giving public readings and lectures, and traveling. He and his longtime partner Annick Smith married on January 2, 2020. Kittredge died on December 4, 2020. 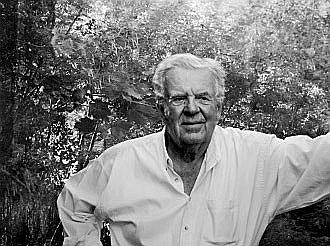 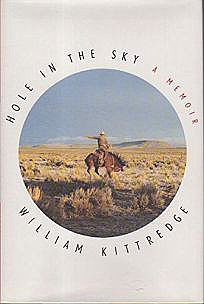 Cover of Hole in the Sky, by Kittredge
Courtesy Random House 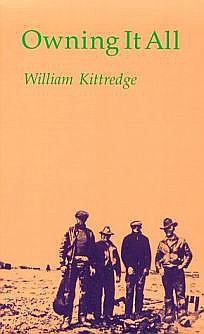 Cover of Owning it All, by Kittredge
Courtesy Graywolf Press

Bernard Malamud, one of the great American writers of the twentieth century, is best known for his fiction about Jewish life in New York, such as The Assistant and The Magic Barrel, for his novel about baseball, The Natural, and for his Pulitzer Prize-winning novel, The Fixer. …