Architect Folger Johnson contributed to the cultural vitality of Portland and other communities in Oregon through his designs of houses and civic buildings and his public service to municipal and statewide institutions. His career spanned forty years, a period in which Portland underwent significant growth, and he is remembered for his deftness with diverse architectural styles. Several of his buildings are on the National Register of Historic Places, including three Carnegie libraries and the prestigious Town Club.

Folger Johnson was born in Columbus, Georgia, on July 4, 1882, the son of Walter and Florence Johnson and the grandson of Georgia Governor James Johnson. He graduated from the Georgia Institute of Technology in 1902 with an engineering degree and received a Bachelor of Arts degree in architecture from Columbia University in 1910, which included two years of study at the École des Beaux-Arts in Paris. In 1911, he and his classmate, architect MacDonald F. Mayer, moved their New York City partnership to Portland, the home of Johnson's fiance, Edith Waldo.

After Johnson and Mayer terminated their partnership in 1916, Johnson practiced architecture as a solo practitioner and in partnership with Jamieson Parker (1919–1929) and Carl H. Wallwork (1920–1940). He also served as mentor to John K. Dukehart and Elizabeth P. Kinne, who eventually took over his practice. He and Edith, the daughter of John B. Waldo and Clara Humason Waldo of Salem, married in 1914; they had one child, Folger Johnson Jr., who became a federal judge. Following Edith’s death in 1939, Johnson married Shelby Martin Payne.

The refinement of Johnson’s designs and his mastery of revival styles can be attributed to his study and travels in Europe, as well as to the careful attention he gave to architectural detailing. Eleven of the buildings he designed are listed on the National Register of Historic Places, including the Town Club in southwest Portland (1931) and Rockholm, the Rockey mansion on the Willamette River (1913), both in the Mediterranean Revival style. He designed the Albertina Kerr Nursery in Portland, completed in 1921, using a Georgian-styled formal symmetry. The building, which has terra cotta medallions and tympanum, was inspired by the Foundling Hospital in Florence, Italy, which was designed by Renaissance master Filippo Brunelleschi.

Johnson was lead architect for seven Carnegie libraries in Oregon, three of which are on the National Register: the Tudor-influenced Gresham Library (1913), the Italian Renaissance Revival-style Umatilla County Library in Pendleton (from 1916), and the Colonial Revival Arleta Library, renamed the Wikman Building, in southeast Portland (1918). His other Carnegie designs are the branch library in St. Johns, the South Portland library in the Lair Hill neighborhood, the Rose City Park Library, and the library in Hermiston.

As co-architect with Mayer, Johnson designed the Jacobs-Wilson “Swiss Chalet” (on the National Register) and the Piedmont Presbyterian Church, both in 1913. In 1916, he was a consultant to Benson Polytechnic High School, and he designed the Seaside Hotel on the Oregon Coast in 1920 (later replaced by the Shilo Inn). Johnson was design architect for the Oregon State Fair Poultry Building in Salem in 1921 and in 1929 the architect for the Swigert house (both on the National Register) and the Highlands Racquet Club.

Johnson was known for his Southern charm and his civic activities. He served in leadership positions for the Oregon chapter of the American Institute of Architects, sat on the Oregon State Board of Architect Examiners, and for many years was a guest lecturer for the University of Oregon architectural program. He was a member of the Portland Planning Commission, the Portland Art Council, the Portland Chamber of Commerce, and the City Club of Portland, and he and his wife Edith were active supporters of Portland's Civic Theater.

In 1940, Johnson’s influence on the state’s architecture grew when he was appointed director of the Federal Housing Administration for Oregon, a post he held until 1950. He oversaw federal assistance for shipbuilders' housing during World War II and addressed the housing shortage veterans faced after the war.

Johnson retired from his architectural practice in 1965. He died five years later, on November 4, 1970. 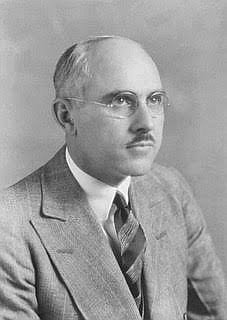 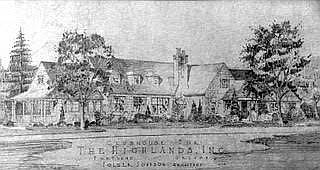 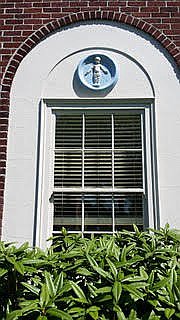 The Albertina Kerr Centers, a nonprofit organization with headquarters in Portland, provides services in Oregon for children, adults, and families with mental health challenges and developmental disabilities. In addition to its support for individuals with Down syndrome, autism, cerebral palsy, epilepsy, and other development disabilities, Albertina Kerr also evaluates and …